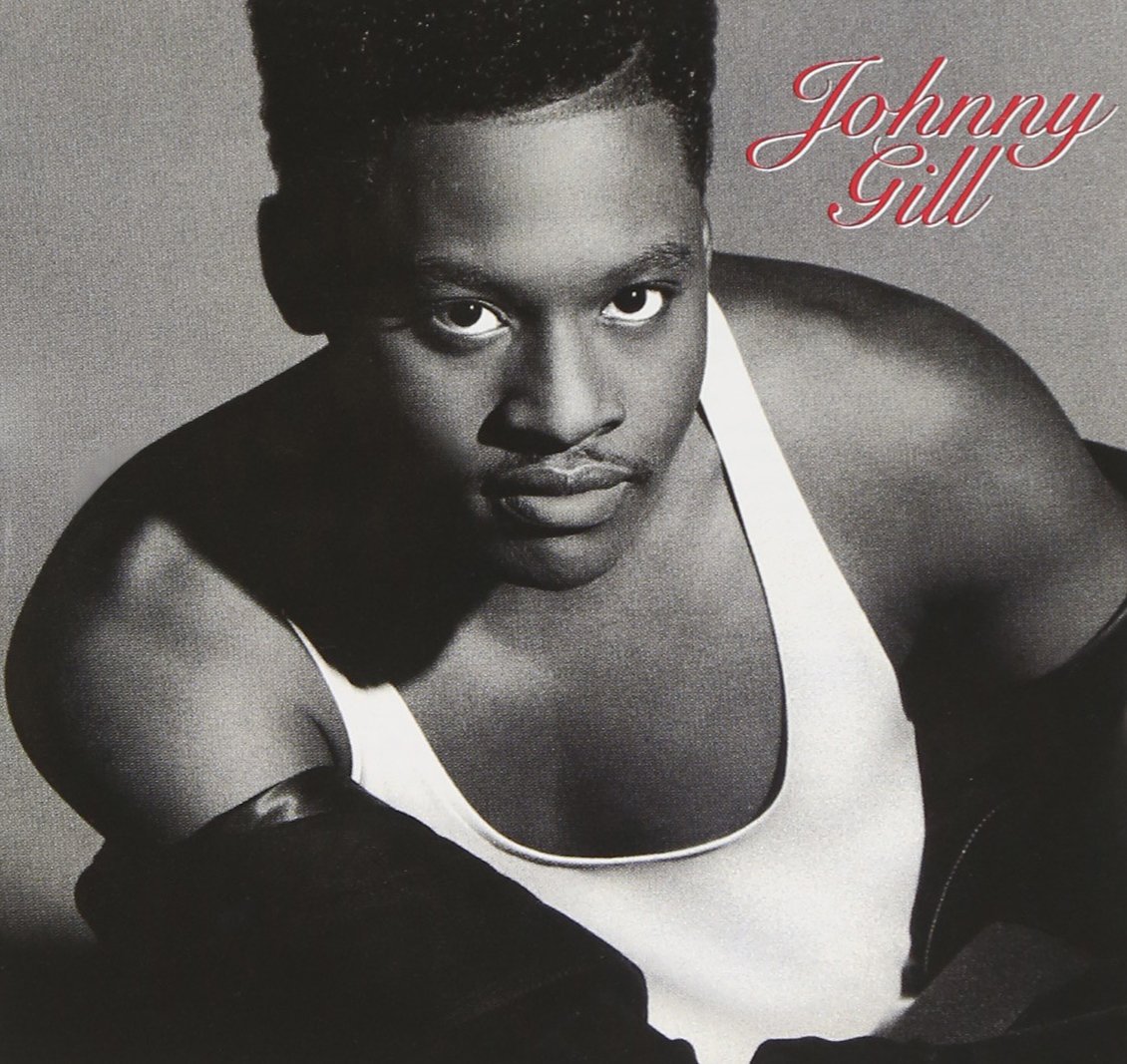 New Jack Swing always was at war with itself. Its combination of ‘80s rap’s defiant dissonance and smooth R&B’s sensual consonance never really made sense on the page, but each iteration of the style made their intertwining uniquely possible. Swayed by rap’s emergence as the bearer of authentic coolness, every hip-hop/R&B/pop album of the era found its own distinct way to hover at the cusp of total genre integration.

Enter Johnny Gill, the second of two self-titled records for Gill. This 1990 release materialized smack dab in the middle of the New Jack era, two years after Bobby Brown’s Don’t Be Cruel and a year before Michael Jackson’s Dangerous. Although it wasn’t technically Gill’s solo debut, it certainly felt that way, finding its way into a newly lonesome spotlight after the Gill-boosted New Edition revival that saw the success of now-certified classics like “Can You Stand the Rain” and “If It Isn’t Love.”

With the help of a coterie of talented producers (including Jimmy Jam and Terry Lewis, Antonio “L.A.” Reid and Babyface), Gill’s take on the era’s dominant sound was exceedingly and unassumingly tender. The majority of its songs are vulnerable odes to love’s possibility, with that term understood both as love within reach and as love’s earth-shattering potential. “You will never know love/ If you don’t open your heart/ Come as you are,” he sings. Phrased this way, love seems a simple, present truth, a way of being too imminently beautiful to deny.

At the same time, to highlight that New Jack conflict, the album introduces itself as something other than what it is, which is to say that opener and leadoff single “Rub You the Right Way” is as aggressive as Johnny Gill gets. Starting with some discordant, mouselike squeaks and 1990s’ most common command (“Pump up the bass!”), the song dives headlong into a barrage of mean-sounding synth bursts, part siren, part superhero entrance music. “Hey!” goes one of its recurring vocal samples, a woman’s urgent voice from a James Brown sample that was everywhere at the time (see Brand Nubian’s “To the Right,” Boyz II Men’s “Under Pressure,” Wreckx-N-Effect’s “My Cutie”) and would go on to be the bread and butter for a whole era of Kanye West music (see “Runaway,” “Clique,” “Live Fast, Die Young”).

The song’s lyrics are a somewhat different story, commanding but attentive to his partner’s desire. “For your pleasure, come on over here,” he insists, among lines which directly assert an almost embarrassing degree of gentle devotion. And—blush away!—the remaining 10 tracks luxuriate in his masculine tenderness, wherein even a one night stand reverberates with everlasting affection. “Lady Dujour” (“Your touch will set my body aflame”) is one hell of a way to sell the experience, especially when the beat channels some serious Isley Brothers’ “Between the Sheets” energy.

There was something special in the electronic instruments of the moment—plastic pianos with percussive tendencies, drum machines directable as choirs—that allowed for the album’s development and warmhearted execution. “Every project we did, we would usually try to get like a brand new keyboard,” Jimmy Jam recently explained (in honor of the 35th birthday of Janet Jackson’s Control, a key point of origin for the New Jack Gospel). The rapid development of music technology and the resulting wide range of available tools, in perfect symbiosis with those immensely talented writers, producers and performers who could harness them, allowed the LP to sample and allude while also molding a singular kind of dreamy slickness.

One might describe its energy as “all in a tizzy,” so turned on by romantic existence that, from a distance, it’s easy to mistake its horniness for bravado. All the more important to get close. Only this way can the listener experience the kind of intimacy Gill imagines, where each resurgence of melody is absolutely breathtaking. “Feels so much better,” goes one such resurgence, a moment that simultaneously assuages our ears and Gill’s concerns. Even when desire is going unfulfilled, as on “Just Another Lonely Night,” there’s a sense of satiation in the groove: as the background vocalists sing the song’s title, its bassline gathers around their notes like the trifold coils of a heated blanket. All a lover needs is to anticipate and imagine, the song insinuates.

At least until date night arrives. “My, My, My” (which Gill described as saying “so many nice things about a woman, and when the guy takes her out, he’s gonna be so proud to let the world know she’s with him”) remains Johnny Gill’s slow-and-sexy-wins-the-race centerpiece, and it’s the best-known song of Gill’s career for good reason. The keys on it ring like silver bells but do nothing to obscure the glory of Gill’s voice, whose my’s in the chorus number a complete seven in each round of repetition. Eventually, he lets After 7(!), on backing duty, take over on the my’s so he can soar through his ad libs, which consist of an even more riveting set of possessive pronouns and promises of “things that you never/ You never, ever, ever seen before.” Kenny G, joining on sax, takes an inspiring ride on Gill’s coattails, where he happily welcomes listeners to a vision of the ‘90s fueled by mutual lust and admiration.

However, in the context of Gill’s live performances, one can’t help but notice the extent to which the record restrains his vocal talent. (I mean, come on.) Johnny Gill is a perfect pop record and a document of New Jack Swing at its most sensitive. Yet it’s also a reminder that every meticulously crafted collection of songs offers only a glimpse of the expertise at hand, with some voices allowed to dominate while others recede, all in the context of its era’s attractive musical trappings. And, although it’s never right to put Gill’s voice and “recedes” in the same sentence, it’s well worth mentioning that his brilliance as a performer exceeds any label-imposed limit. The album may show its producers at the extraordinary top of their game, but it glances only the surface of Gill’s magnificence.

Life Support feels like the proper beginning of a journey in pop actualization. …