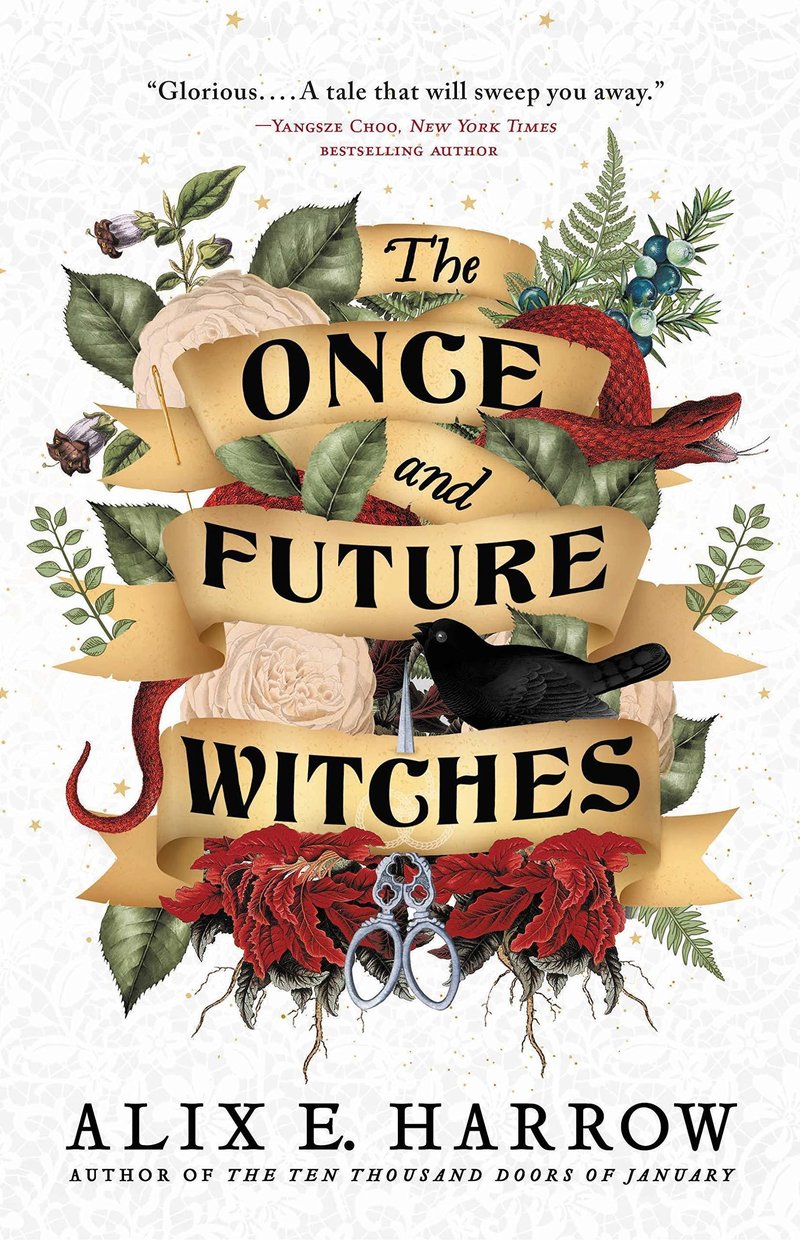 In our current era of skin-deep social “analysis” and the GirlBoss hashtag, it is rare for any piece of culture or journalism to do more than superficially cap-tip towards “progressive” politics or social justice. Which is a shame, because our culture is still damagingly misogynistic, white supremacist and transphobic. Giving voice to these voiceless masses should be a central concern of the creative classes. To produce a cultural artifact that is at once successful as culture (in other words, is entertaining or engrossing in some definitive way) and is meaningful in promoting marginalized peoples is to accomplish something immensely challenging.

The Once and Future Witches hits this sweet spot. Alix E. Harrow’s second novel is both page-turningly absorbing and a raised fist against the (white cis) patriarchy. It is a period piece set in a fantastical – yet still mostly historically faithful – 1890s United States. The precise geographical setting is difficult to pin down and is somewhere in the weird triangle between central Kentucky, northern Ohio and central Illinois. The characters in the novel talk like I do and I grew up 40 minutes southeast of Cincinnati in the middle of nowhere in the Kentucky foothills, so that is sort of where the book is set, in a fictional city called New Salem.

New Salem exists in a slightly alternative United States where the fight against witchcraft was much more foundational to the creation of the nation than it is for the real United States. But that is also not precisely true, because Harrow’s novel is very much a social justice-laden salvo against the real existing US-American society. In other words, our society is truly built upon a deep mistrust of women and a genuine terror at female empowerment, which is what The Once and Future Witches is also claiming, only the book is a fantasy novel and therefore needs magic/witchcraft to be as important and foundational to the US’ structural misogyny as is the more banal hatred of women of a bunch of slave-owners and Puritans evinced by the actual historical record.

Though The Once and Future Witches is so deeply political in its setup, the book works as a pure pulpy genre novel as well. The central story is of three sisters – the Eastwoods – who had a challenging upbringing that led to them becoming estranged from one another before reuniting due to the accidental execution of a powerful magical spell. This reunion of the sisters is the book’s inciting event. They become witches, together, while dealing with their complicated pasts of mutual betrayals. They also run into lots of other rabble-rousers, troublemakers and non-conformists, most of them women. There is a strong Suffragette chapter in New Salem as well as a secretly-highly-mobilized black community, Native American refugees from the cavalry wars, machine-breaking labor radicals and an elite-and-white ally movement.

The Eastwood sisters and their array of colorful friends have to deal with a political system and a diffident, assimilationist culture that wants to keep things as they are. This is where fantasy and reality consistently meet in the novel. In New Salem, the rigid establishment continuously yells at the women to obey and be quiet, the black people to stay on “their side” of town, the gender queer to straighten up and the factory workers to be grateful for a job and the (leaky) roof over their head. This is precisely the United States of the Robber Baron era. There is also plenty of pure fantasy, too, as the sisters’ fight involves centuries-old revenants, dozens of witches’ curses and an abundance of magic.

That Harrow is able to fit it all in – a gripping plot, likeable lead characters, a fun and easily understood magic system and an intersectionalist’s wet dream of the diversity of the dispossessed – is a remarkable achievement. Lesbians, trans people, the proletariat, the black community, Natives facing genocide and immigrants are the heroes of The Once and Future Witches. But their heroics do not seem ham-fisted or forced upon them; they are not the “good guys” simply because they are black or a woman or a trans-person, but rather because they are the actual good guys fighting on the side of right and justice. It is a difficult balance to achieve and Harrow makes it seem easy. In her telling, it seems obvious: of course people with funny accents or a healthy skepticism of the one-man-one-woman marriage formula are world-changing badasses!

The Once and Future Witches is an outstanding novel and a novel for our moment. Perhaps more important for evaluating its merits as art, it made this reviewer – a native Kentuckian living a long way from home – painfully homesick.

Not only did La Strada begin Fellini’s unstoppable rise as a top-tier filmmaker, it also h…