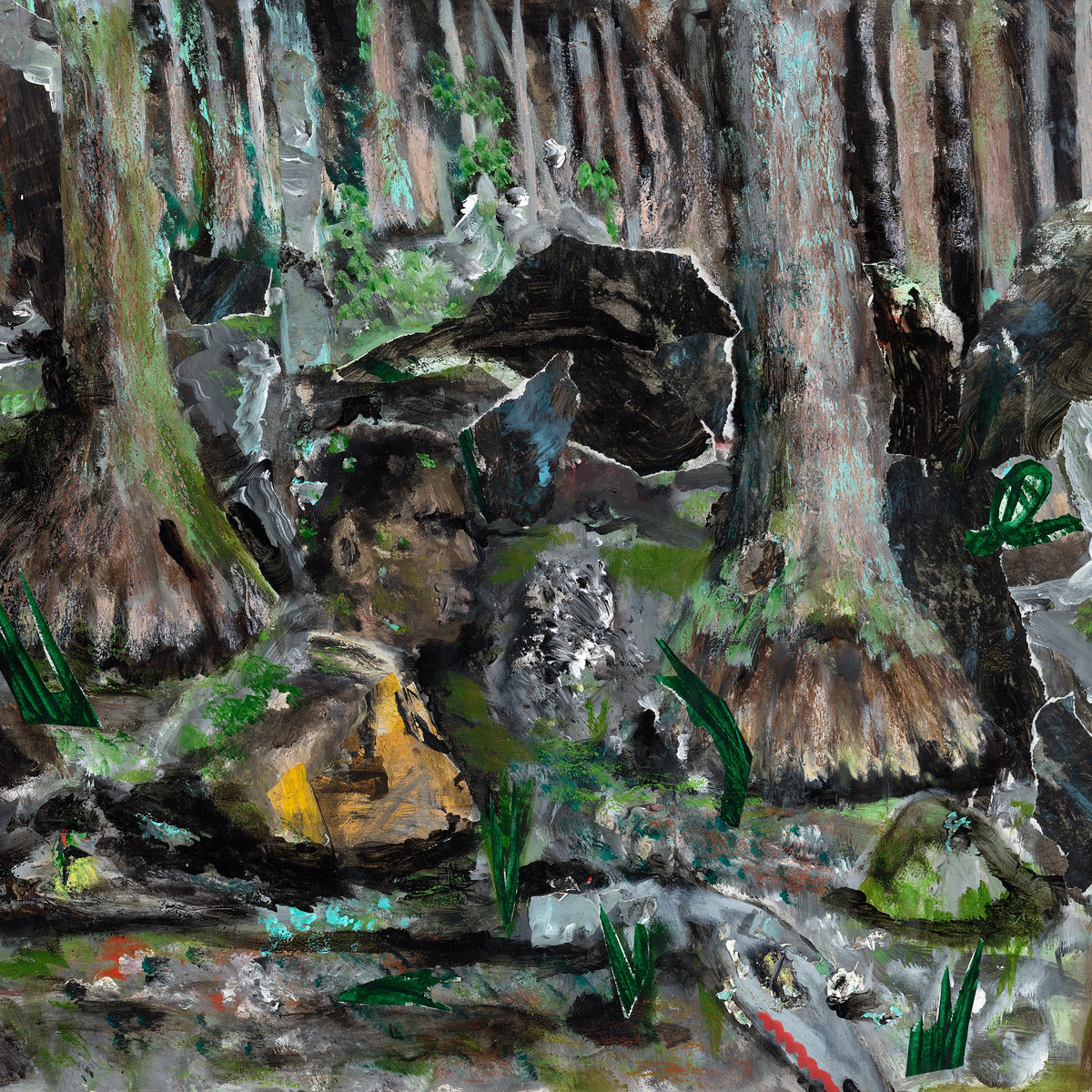 Thumbing Thru Foliage is YUNGMORPHEUS’ affront to racialized power structures. He realizes that justice necessitates unrest. It cannot be achieved by the rules of the oppressors. And his framework to “reclaim this fucking black crown” is weaponized bluntness. But as contemptuous as the album can be, it’s equally celebratory. It sees a practiced master comfortable in his hyper specific style and backed by confident boardwork.

YUNGMORPHEUS occupies the same space as cohorts like Pink Siifu and Fly Anakin. His tracks are terse with wordplay, discarding choruses, hooks and the superfluous. Contrast this approach with the micro-track primed consumption, digestion and defecation in the span of a TikTok. YUNGMORPHEUS arrives fully formed with jazzy, sparse beats and monotonous flows laden with vitriol. Thumbing Thru Foliage exudes smoothness. Components of g-funk, soul, jazz, and live bass courtesy of ewonee paint a brighter picture than the headliner’s oftent bloodthirsty lyrics.

The Los Angeles-based rapper developed his shoot-from-the-hip style through breakdancing battles in South Florida. After moving to New England for school YUNGMORPHEUS became more aware of–and disgusted by–the pervasiveness of systemic racism. It permeated every aspect of his undergraduate education, leaving him with nothing to recount but, “Fuck all my racist teachers.”

The thrill of Thumbing Thru Foliage is that YUNGMORPHEUS is as jaded as he is witty. He laces bars like “You work at Michael’s/ I been weaving through the cycles,” in-between callousness such as, “They say killing cracks is wrong/ It’s still in my conscience.” On the mic YUNGMORPHEUS is measured, studied and distant. There’s personal vendetta in his lyrics, but he’s not so far divorced that the ramifications escape him, acknowledging such on “The Rat Race”: “I’ve been trying to think positive.” He’s at his most enjoyable when he tackles socio-political issues with the tact of a headbutt, like when he spits, “I might knock a cracker out just for the fit.” Whereas contemporaries like Boldy James derive no pleasure from their unflinching delivery, there’s catharsis for YUNGMORPHEUS. His confrontational lyrics, mostly the ones about killing white people, are audacious by design. He has spent his entire life under the veil of inferiority then earned his way to a post-secondary education where he was representing an entire race in a predominantly white area amidst ingrained racism. For him, a few barbs about dead cops are nothing to fleets of slave ships.

YUNGMORPHEUS and ewonee confront both explicit systemic issues and the implicit manners the benevolent class profit off the indoctrination. “Yakub’s Worst Nightmare” is a rescinding of those that cater to racist power structures, with needles like, “Pavlov honky got you whistling.” On “Harlem Heat” YUNGMORPHEUS and featured rapper DMH decimate the fakes who act without principles. Elsewhere the MC weaves the macro level endemics with anecdotal confessions; “Systemic oppression turned me into a war vet.”

ewonee’s work compounds the idea of black excellence through example. The smooth beats draw from multiple predominantly black genres, like g-funk, swing and jazz but remain planted in crisp boo-bap roots. The album’s brevity allows each genre to shine through the cuts. The record is a charcuterie board of refinement with more bounce than most microrap. There’s hardly any sonic diversions through the tracklist besides short sample-laden interludes and the shimmering keys on Harlem Heat. The latter brightens an otherwise grey and brown album, with caked blood drying up the concrete like a scar.

YUNGMORPHEUS developed the concept of the Black Schemata, the awareness he’s expected to be flawless in order to be taken seriously as an equal. So he is. He’s comical, dark, blunt, masculine and feeling. He’s wise beyond his 26 years with an education shaped by both indoctrination and benevolent mentors. Thumbing Thru Foliage is a more cohesive work than last year’s Black Schemata due to YUNGMORPHEUS’ profundity and ewonee’s intentionality. “Sovereignty” closes with a black man goading audience laughter against the wheezing of a kazoo. It’s the manifestation of a farce, a diorama of a society that pays lip service to equality and justice when it’s nothing but a stage show.