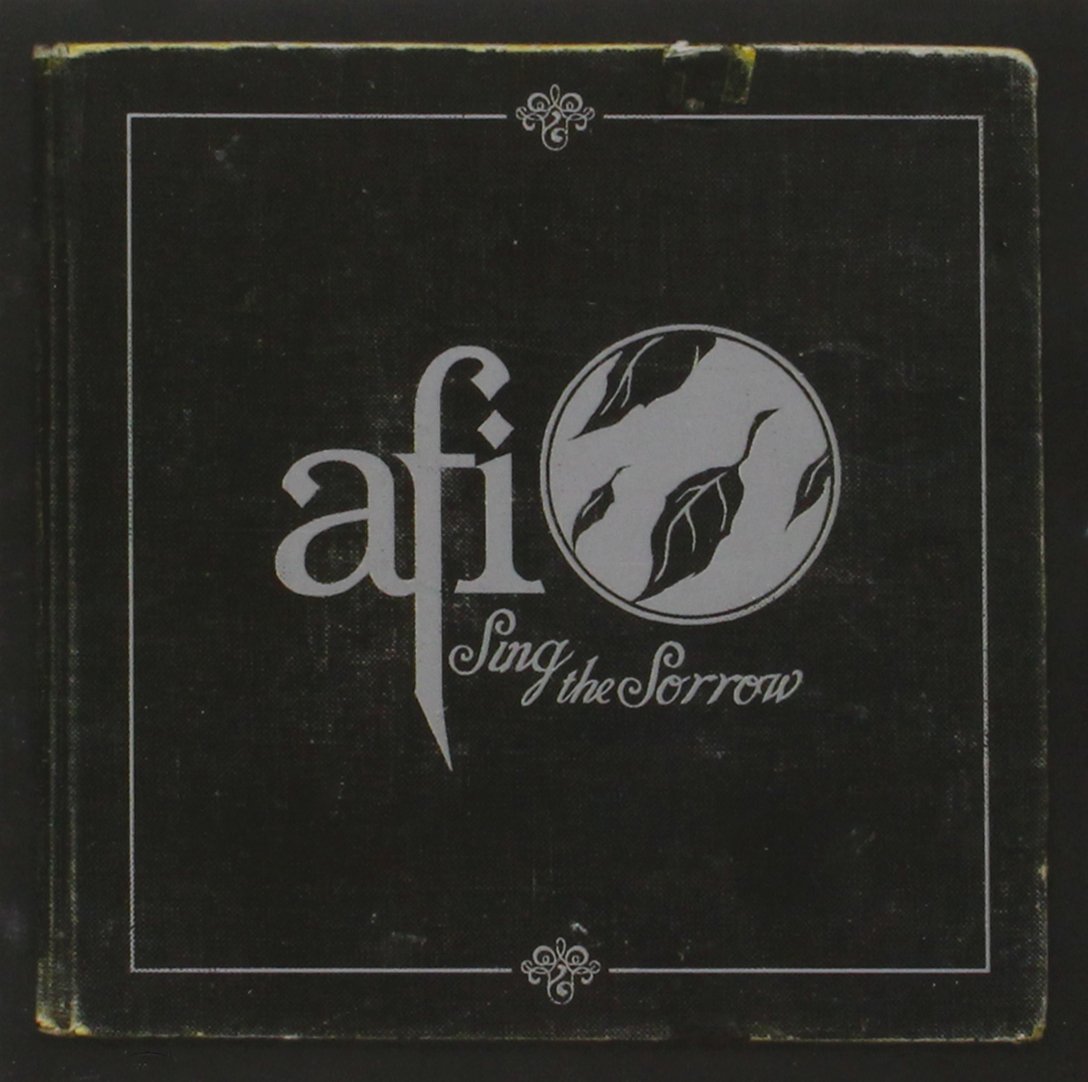 By 2003, AFI had spent nearly a decade as breakneck, smart-mouthed punks raging against shit friends and poseurs. Sing the Sorrow, their sixth album and the start of wider recognition, despaired over themselves instead. Loss of faith, depression and fatalism coated the album in ash and scars, which the band glammed up with expansive melodies and a sharp red motif.

Typical punk and rock sensibilities tend to direct frustrations outward at the man, whilst the emo method redirects that energy inward, where it festers and congeals as angst. If you’ll entertain a corny metaphor, that angst combined with the “fire inside,” “All [to] form one dark flame.”

With flames reignited, the band leaned further into their dramatization of melancholy and the dark. They enlivened their sadness (“Dancing Through Sunday”) and embraced the apocalypse (“Death of Seasons”). Their glamorization of the macabre would later be shared by acts like Aiden, Alessana and I Am Ghost, where fallen angels and undead epics enthralled the imaginations of those raised on Tim Burton, Goosebumps and Buffy.

Life became hell and humans became hell-mouths, agents of the world’s corruption. As fellow 2000s glampire Gerard Way would said a few years later – “Paint it black and take it back.” With a budget, Bruce Vig and the late Jerry Finn, AFI channeled their somber spirits into sweeping, exhilarating and melodic rock, setting off on a path the band would largely stick to, as would side projects like Blaqk Audio and Dreamcar. Guitarist Jade Puget would also keep those famous bangs.

Whereas much of the aughts scene concerned itself with self-pity and unhealthy relationships, Sing the Sorrow went big picture, confronting life’s unavoidable depravity and banality. “Just like all I loved/ I’m make believe,” was an epiphany, that benevolence is impossible, and it offered no solace nor solution. In response, AFI sought out the silver linings where they could. Perpetually coming up short, they come to dismal conclusions, like the concept of one’s sin outliving their goodwill: “I know I’ll leave a stain/ because I bleed.”

Locked in these confines, Sing the Sorrow made do, and was naturally very moody about it. That moodiness reflected in the various elements at play in each song. Grand, dramatic shifts were common. Midway through a track, the clamor would dissipate, the tempo would be slowed or switched into an entirely new time signature as in “The Great Disappointment.” Equally varied was Havok’s impressive delivery, alternating between yelps and yells and a genuinely moving tenor. Following “Great Disappointment” came the album’s highlight, “Paper Airplanes (Makeshift Wings),” where those varied textures all coalesced into a thrilling, terrifying fall from grace. As they approached their peak, AFI feared there’d be nowhere to go but downwards.

And so, the band plunged, diving and writhing straight into the belly of their personal demons. They wallowed, but more so in gloom than self-pity. Poignantly, Sing the Sorrow acknowledged the bleak odds that a cold, unfeeling universe stacks against us all. With that knowledge in hand, AFI faced their demons with no expectation of winning, and no shame in losing to them either.