May 06, 2021
Home Books A World Beneath the Sands: by Toby Wilkinson 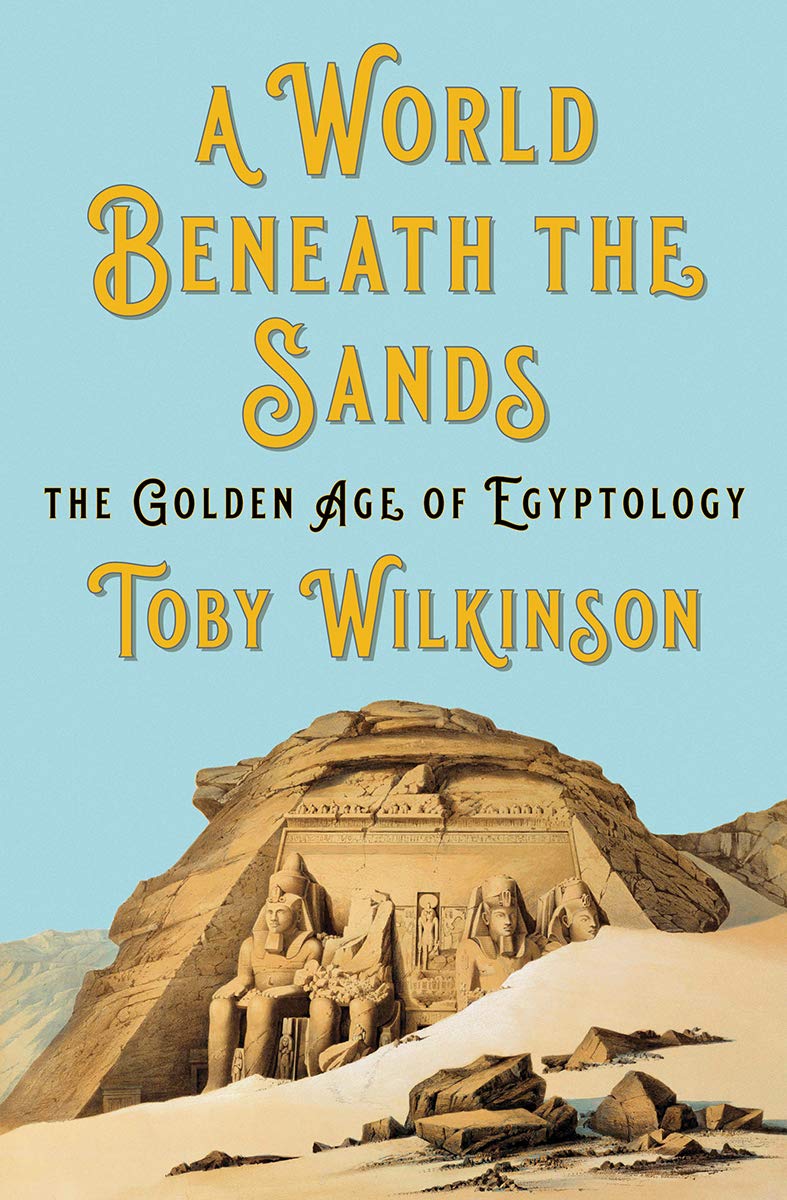 It’s fairly startling when one comes to the realization that, until just a little over 200 years ago, we knew little to nothing about ancient Egypt. And this despite societies coming and going in the shadow of the massive monuments meant to help instill and convey a sense of immortality. As Toby Wilkinson’s latest in a series of books on Egyptology, A World Beneath the Sands: The Golden Age of Egyptology, lays out, it wasn’t until the 1790s and early 1800s that any sort of serious scholarly study of ancient Egypt commenced. That it came as an offshoot of colonialism should come as no surprise, given the tenor of the times and the global influence of Great Britain, France and Prussia, the three primary players in Wilkinson’s narrative.

Yet rather than attempting to colonize or rule an existing people, the 1800s in particular saw these three global powerhouses vying for supremacy in terms of the accumulation of forgotten knowledge and antiquities. With France, under the stewardship of Napoleon Bonaparte, leading the charge, the study of Egyptology as we now know it began just prior to the turn of the 19th century. Though Napoleon and company were well-manned and plenty prepared to undertake a serious documentation of ancient Egyptian artifacts – not to mention generously helping themselves to that which they uncovered and subsequently shipped back to France for display in national museums – they lacked one crucial piece of the archeological puzzle. Namely, no one at that point in history was able to decipher Egyptian hieroglyphics.

The discovery of the Rosetta Stone and the literal and figurative lost world it helped unlock revolutionized Egyptology, opening up the ancient world to modern academia in a way never before imagined. And while it was discovered in 1799 during the aforementioned Napoleonic expedition, it would be a further 23 years before it was finally able to be employed in any sort of useful capacity. In 1822, Jean-Francois Champollion made the revolutionary breakthrough that immeasurably aided future Egyptologist by cracking the code surrounding the Rosetta Stone and its relation to deciphering the hieroglyphs. Suddenly, as if overnight, a field that had previously existed in a manner similar to one stumbling about in the dark had the lights burning brightly, allowing centuries’ old knowledge to once again be gleaned by modern man.

As Wilkinson is quick to point out, this codebreaking, along with the discovery of the Rosetta Stone, effectively served as one of the most pivotal moments in modern Egyptology. Without Champollion’s efforts, the so-called “Golden Age” of Egyptology would not have arrived as quickly as it did, bringing a wealth of knowledge and cultural history to the Western world, much of it having literally been buried beneath the sand for a millennia. And again, the fact that this information was laying in plain sight for generations upon generations, only to have been lost to time shows just how quickly cultures can become obsolete, even amongst those descended from said culture.

Viewed through a modern lens, it’s no less a cultural plundering, yet the efforts of said European nations to help uncover ancient Egyptian artifacts effectively led to the preservation – to varying degrees – of a cultural heritage. That it was done in the name of furthering each nation’s status within the broader world and academic communities through the acquisition of antiquities is another matter entirely, but it did help reignite interest within Egypt itself of the country’s long-lost history and heritage. Covering the span of roughly a century, A World Beneath the Sands fittingly ends with one of the greatest archaeological discoveries of all time in that of the Tomb of Tutankhamun by Lord Carnarvon, and Howard Carter in 1922.

Coupled with the discovery of the Rosetta Stone and the subsequent deciphering of Egyptian hieroglyphics, this discovery helped bookend the establishment of modern Egyptology as we know it today. Knowledge once hopelessly lost and buried beneath the sand suddenly came roaring back to life, enlivening an academic field and revitalizing global interest in one of the most fascinating and ultimately influential of all ancient societies. A World Beneath the Sands offers up a fascinating story – and collection of stories, subplots and true characters – well laid out and researched by Wilkinson, helping to better breathe life into a collection of proto-Indiana Joneses scouring the desert sands for traces of an ancient civilization.