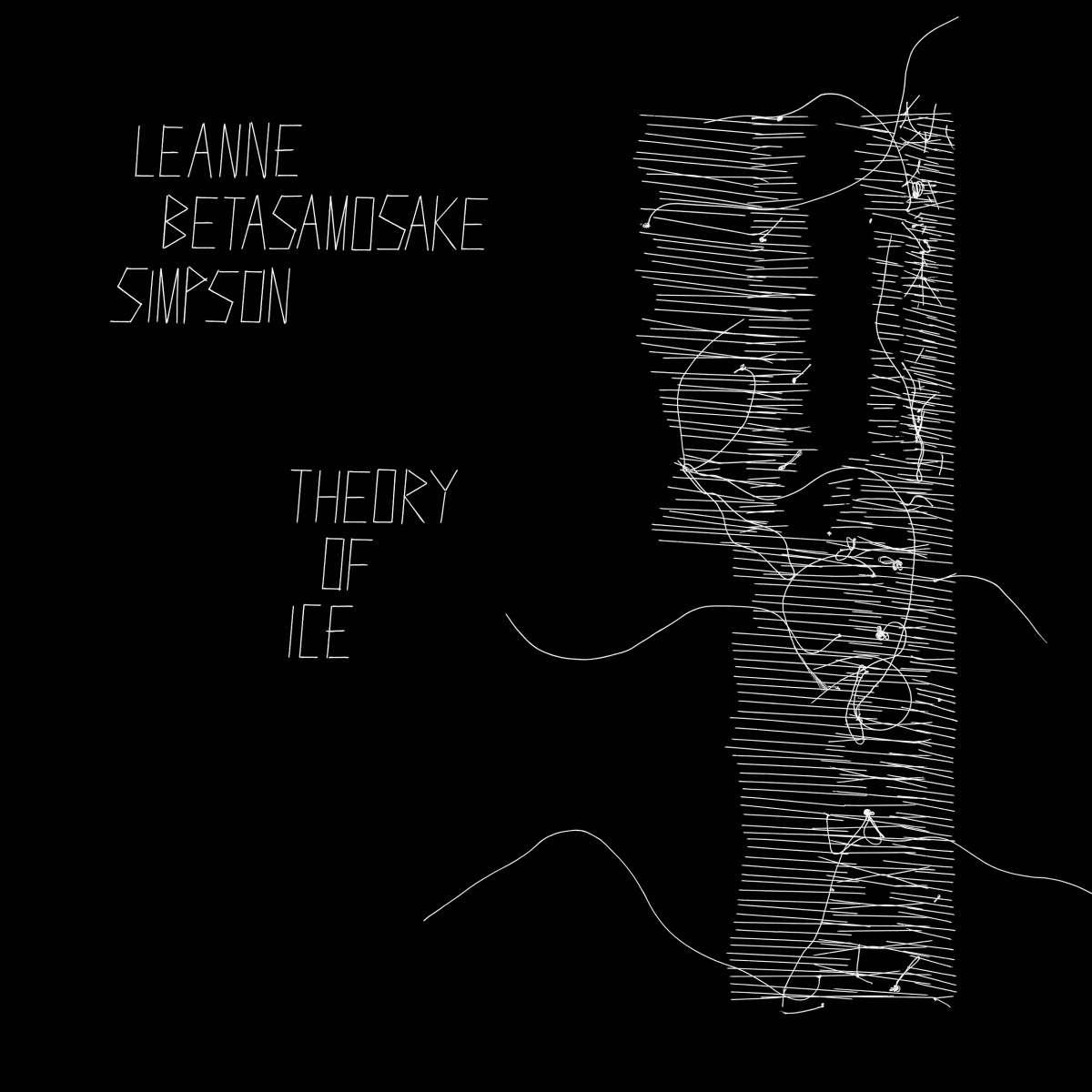 Despite the barren artwork and frosty title Leanne Betasamosake Simpson’s latest album is sewn together with warmth. Simpson wanted to inspire an intimate relationship with the natural world one finds themselves in, whether that’s as urban as Bloor and Bathurst or as spacious as Wingham, Ontario. With much of the imagery drawing upon water – lakes, ice, freezing – climate change is an unconscious demon haunting Simpson’s quiet ruminations. But even as Theory of Ice revels in the joys of the subzero terrain, Simpson isn’t free from climate change’s overarching effects. And that tension elevates Theory of Ice into a collection of pocket treasures jangling in the middle of a snow storm. The album seeks optimism despite an emergency we’ve only nine years to reconcile.

Simpson is an award-winning Nishnaabeg author with Theory of Ice being her attempt to energize listeners to admire the small environments they dwell. A focus on environments both large and small and a deep admiration for winter invites an inevitable influence of climate change. Though Simpson details issues tangential to climate change, like permafrost melting causing a lake to fall of the side of the cliff or the issues of corporatism in regards to the pollution or the treatment of indigenous people and their land by the Canadian government, mostly the climate situation haunts from the sidelines. Theory of Ice is more personal than a lambasting of climate change. It’s a balance of the warmth in the moments of frigidity and vice versa. That Simpson’s lyrics were conceived as poems and later translated into music through collaborations with John K. Samson alongside Ansley Simpson, Nick Ferrio and producers Jonas Bonetta and Jim Bryson highlight the fundamental strengths of Theory of Ice – even in cold there is warmth, or that in moments of blinding heat the seasons still change and another winter will come.

Musically Theory of Ice is far from adventurous. It prefers to illuminate Simpson’s craft, often receding behind her voice. The accompaniments are hardly to be scoffed at even though the mix is skewed in Simpson’s favour. Many of the tracks subtly rise in tension from a whisper to a plainly spoken insistence, never encroaching on land not their own. “Viscosity” trickles upwards until it’s sweeping with volume, a sleight of hand that you don’t realize until the rabbit is pulled from the hat. “Failure of Melting” employs an adorable guitar in the face of heart wrenching poetry. The locked in rhythm and piano of “OK Indicts” mirrors the bustle of a commute in a cramped megacity, and the closer “Head of the Lake” utilizes theremin as a backdrop for river mouths. However, the record’s range is relatively miniscule. It’s all within the realm of folk as a vehicle for Simpson. Even John K. Samson’s duet is a misnomer; his voice is shelved under Simpson’s in the mix where his lower register accentuates Simpson’s podium. He falls into the background perhaps more than intended. Ultimately its a testament to the trust between all contributors. The words are the centrepieces but the instruments must translate them between mediums.

Simpson’s poetry flourishes with vivid imagery. She portrays families huddled around bonfires and tales of perilous canoe trips over thin ice with minimalist set pieces. But its her singular phrases that snap like fingers with the power to shatter bones. “I wish I held you when you died”; “I hold your hand without touching it”; “I saved your mistakes, etching them into my skin.” She is “yelling loudest in an empty room,” a statement exemplified by her cover of Willie Dunn’s “I Pity the Country.” She flips the original’s tender strumming for a multitracked guitar fog and replaces Dunn’s expressive vocals with weathered omens. 40 years later and the lyrics of “I Pity the Country” are relevant in contexts beyond Dunn’s foresight. That’s why Simpson sounds so defeated – it’s tiring to be fighting the same battle against the same enemy in different faces. Whereas Dunn took pity on the evils of politicians and corporatism, Simpson is detached. How can she pity what refuses to evolve and what refuses to recognize her? She isn’t perverting Dunn; she reconstrues his pity into an apathy born from 40 additional years of the same shit.

Theory of Ice is an expression of the small intimacies found amidst enveloping desolation, like the few spare hours of daylight during the long Northern Canadian winters. Simpson is often fatalistic when the music is at its most jovial. Even in our joy the tribulations of life still bludgeon our subconscious. That’s how a line like, “And the river only goes one way/ and you can’t get lost,” can pierce after Simpson assumes accountability; “We carry the river.”