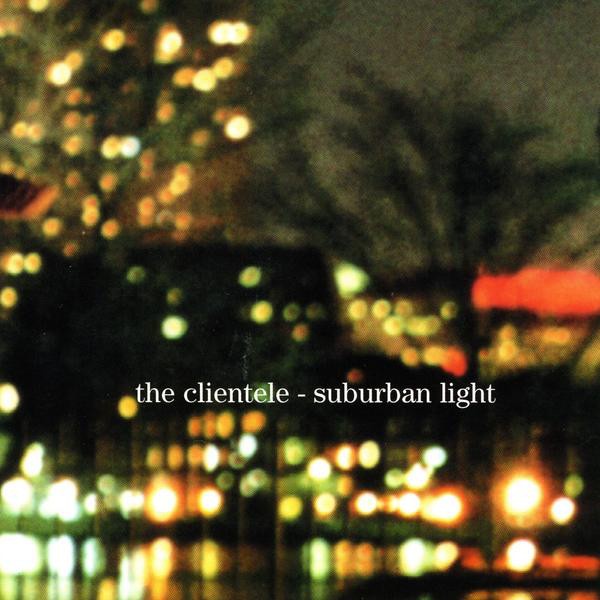 You could nitpick and say that Spectrum Culture should’ve run this feature four months ago, because Suburban Light, the debut album from British indie pop band the Clientele, was released in the U.K. in November 2000. (It came out in the U.S. in April 2001, thanks to Merge Records). You could also nitpick and say that Suburban Light is a compilation and not a proper album, seeing as most of the songs on it were first released on singles and EPs in the late 1990s—which means that much of this material has already turned 20 anyway. But let’s cut the nitpicking, because all these years after its release, Suburban Light still sounds timeless. This isn’t to say that it doesn’t feel tethered to a place and time—it’s that whenever, and wherever, you listen to this record, you’re transported to singer-songwriter Alasdair MacLean’s misty vision of London.

One of the first things you’ll notice about Suburban Light, if you’ve never heard it before, is how easy the album is on the ears. Cobbled together from singles that the Clientele released across a handful of British indie labels, these songs were recorded on shoestring budgets, and you can occasionally hear the gentle hiss of a tape recorder; there’s a breathiness to MacLean’s vocals that came in part from plugging his microphone into his guitar amp. But the album never really sounds lo-fi in the same way that early Mountain Goats or Elliott Smith recordings do — wrapped in a warm coat of reverb, the songs seem to glow, as if they’re being heard through a Vaseline-smeared camera lens. There’s a soft, chiming quality to MacLean’s guitar on “Reflections After Jane,” “Lacewings” and other tracks that’s not unlike bokeh in a photograph. Fittingly, when Suburban Light was released stateside, Merge gave it a new cover of blurry city lights across a body of water.

But reverb is only part of what makes Suburban Light such an immersive listen. MacLean’s songwriting, at least on these early singles, features several recurring images, most notably rain (which appears in about half of the songs, and in two of their titles) as well as sunlight and fallen leaves and carnivals and motorways and a Mrs. Jones. He doesn’t give us a specific sense of time—“Rain” jumps from August to October in a matter of lines, and in other songs it’s not even clear which day of the week or what time of day it is—though sometimes he’ll mention a landmark like St. James’s Square or Finsbury Park. These give the album a grounding in reality, but it’s their juxtaposition with the vaguer lyrical motifs, and the ambiguity of exactly when this is all happening, that makes it feel dreamier.

It also helps that MacLean is a brilliantly evocative lyricist. I’ve always thought it dopey to describe lyrics as “poetic”—what are songs if not poems set to music, anyway?—but MacLean has always been open about his fondness of French surrealist poets, and even if he wasn’t it wouldn’t be difficult to pick up on his literary flair from Suburban Light’s opening lines: “Nightingales all summer long/ Beside me in my mind/ One and one is nine, the moon/ The June, moths, and the quiet.” (It’s a stupefying coincidence that there actually was a poet named Alasdair Maclean, though they share little in common besides the name.) Even the most quotidian of scenes, in MacLean’s eyes, become vivid tableaus: “The dew on the gates has melted away/ And in your sunlit eyes/ I see my love and all the night” (“Rain”), “Butterflies with gilded wings this morning/ Touched the red sun and the rain” (“Reflections After Jane”), “And cold upon my fingertips/ The window’s beads of rain have mixed/ With tears that never quite begin” (“From a Window”). It’s as romantic as it is capital-R Romantic—something William Wordsworth might describe as overflowing with powerful feelings and recollecting in tranquility.

As for Suburban Light’s music, the Clientele draws on a much more contemporary era. MacLean and bassist James Hornsey struck up a friendship as schoolboys over the band Felt, and if you listen to that lucid and jangly British indie pop band, it’s easy to hear their influence on the Clientele’s work. But you can go even further back to the heyday of British popular music in the 1960s: Add some more grit and distortion to the guitar on “Rain” or “Joseph Cornell” and you’ve got a riff that the Kinks’ Dave Davies or the Creation’s Eddie Phillips might have come up with. Hell, try to imagine a young John Lennon and Paul McCartney singing “I Had to Say This” or “(I Want You) More Than Ever” on The Ed Sullivan Show. None of the songs on Suburban Light reinvent the wheel when it comes to guitar-driven pop, but they’re sturdy and catchy songs, and despite the recurring imagery in their lyrics, you shouldn’t have much difficulty telling them apart after a few listens.

As lovely as Suburban Light is, it can be a lonely record, too—it draws from the real world but rarely feels like it’s truly of it. Several of its songs establish that there are other people in this world with him, but MacLean still sounds totally disconnected from them, going so far as to say “My friends say I’m wasting all my time” on “Monday’s Rain.” He yearns for a meaningful connection—“I stoop to touch the skin that only seems to be here in my mind,” he sings on the penultimate “As Night Is Falling”—but it isn’t until later in that song, in the album’s final minutes, that he can finally bring himself to admit “I am in a dream and I don’t know why!”

There are three songs that didn’t carry over from Suburban Light’s U.K. release to its U.S. release, and two of them may be the most gorgeous renderings of MacLean’s fantasies; Prior to Merge’s 2014 reissue of the album, which restored the original track listing, you had to find the A Fading Summer EP if you wanted to collect the missing tunes. “An Hour Before the Light” sounds like waking up from a dream, and trying to hold onto that twinkling, fleeting feeling for as long as possible—you could also describe it as the sound of falling in love. “Saturday,” then, is the sound of that dream coming true. “But when I saw your eyes, what could I do?/ What could I say, my love?/ Your kisses, they will hide away the stars,” MacLean sighs, swaddled in the reverb of his guitar. You’re right there in the moment with him, and even if it’s unreal, it makes you feel less alone.