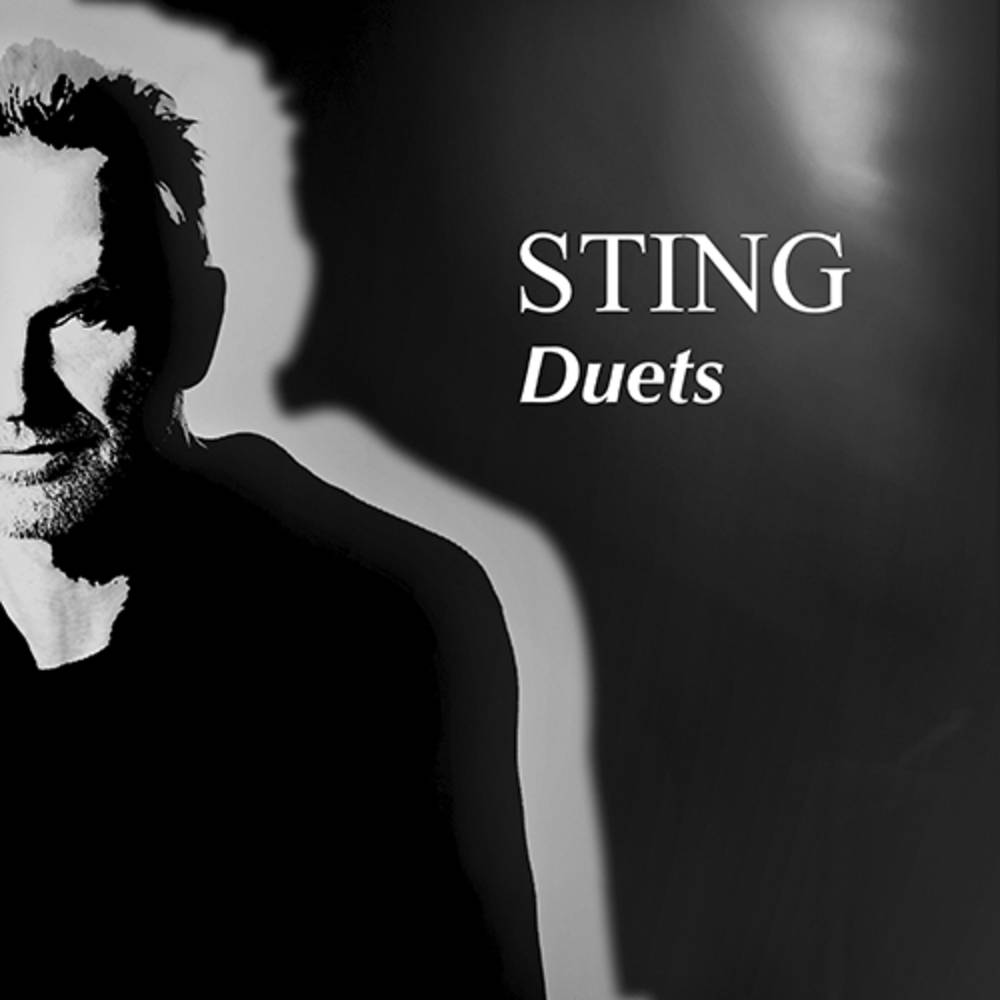 Sting seems to perpetually be in conflict with his own legacy. This was the case when he first set out on his own in 1984 with a new, jazz-influenced direction that acted as a repudiation of the punk-influenced pop that made him a superstar with the Police. Since then, his work existed in defiance of what people liked about his work to begin with. He jumped from jazz to world music to old English poetry and to reggae, all while wide audiences longed for him to record songs like the ones he used to make. This antagonistic relationship culminated in 2019’s My Songs, a dreadful and wholly unnecessary project in which Sting re-recorded and remixed many of his classic songs both from the Police and from his solo career with such garish, modern trappings as to strip the songs of anything that made them so memorable in the first place.

Duets, which acts as a companion piece to My Songs, doesn’t suffer the indignity of Sting trying to rewrite his own history. Rather than trying to update Sting’s songs for a perceived modern audience, the compilation instead serves to highlight Sting’s collaborative spirit and to showcase the diverse talents with whom Mr. Sumner has recorded over the course of his career. Since the songs are presented unaltered, Duets is largely a pleasant, if uneven, listen. “Desert Rose,” which was presented as a mangled remix on My Songs, is here presented in its original form, and it’s still one of Sting’s most memorable singles, and “Don’t Make Me Wait”—the lone representative from 44/876, his album-long collaboration with Shaggy—is improbably lively. By contrast, the tinny-sounding “We’ll Be Together” and the wretched “Rise & Fall” (featuring Annie Lennox and Craig David, respectively) fall as flat here as they did when they were initially released. While Duets isn’t a wholly bad time, listening to it still leaves an empty feeling that’s difficult to explain.

The fact is that Duets doesn’t do a whole lot to justify its own existence. It aims to highlight Sting’s finest collaborations, but it provides no context for why these collaborations are special and unique. One gets no impression from Duets about the specific chemistry that Sting has with any of these collaborators; if anything, the worst moments of the album highlight the rigidness of Sting’s artistic outlook. So often his collaborators tailor their performances to fit his particular mix of jazz, pop and worldbeat. His duet with Julio Iglesias, for example, on “Fragile” is quite striking in its beauty, but doesn’t change anything from the original. When he steps out of his comfort zone, as he does when working with David or on the treacly “L’amour c’est comme un jour” (featuring Charles Aznavour), it sounds painfully uncomfortable.

There is, perhaps, a bit of wry humor one can find from the idea of Sting—a man who famously torpedoed his own band because he couldn’t stand collaborating with two other people—releasing an album of his greatest collaborations. Duets isn’t even worth the time for a laugh, though. Most of these songs will be very familiar to anyone still committed to Sting’s solo career—and that feels like a dwindling crowd at this point—and the songs that aren’t familiar aren’t really worth investing any time into, anyway. Between this and My Songs, one gets the impression that Sting is doing more than just resting on his laurels; he just doesn’t seem to care about the music that gave him a career.