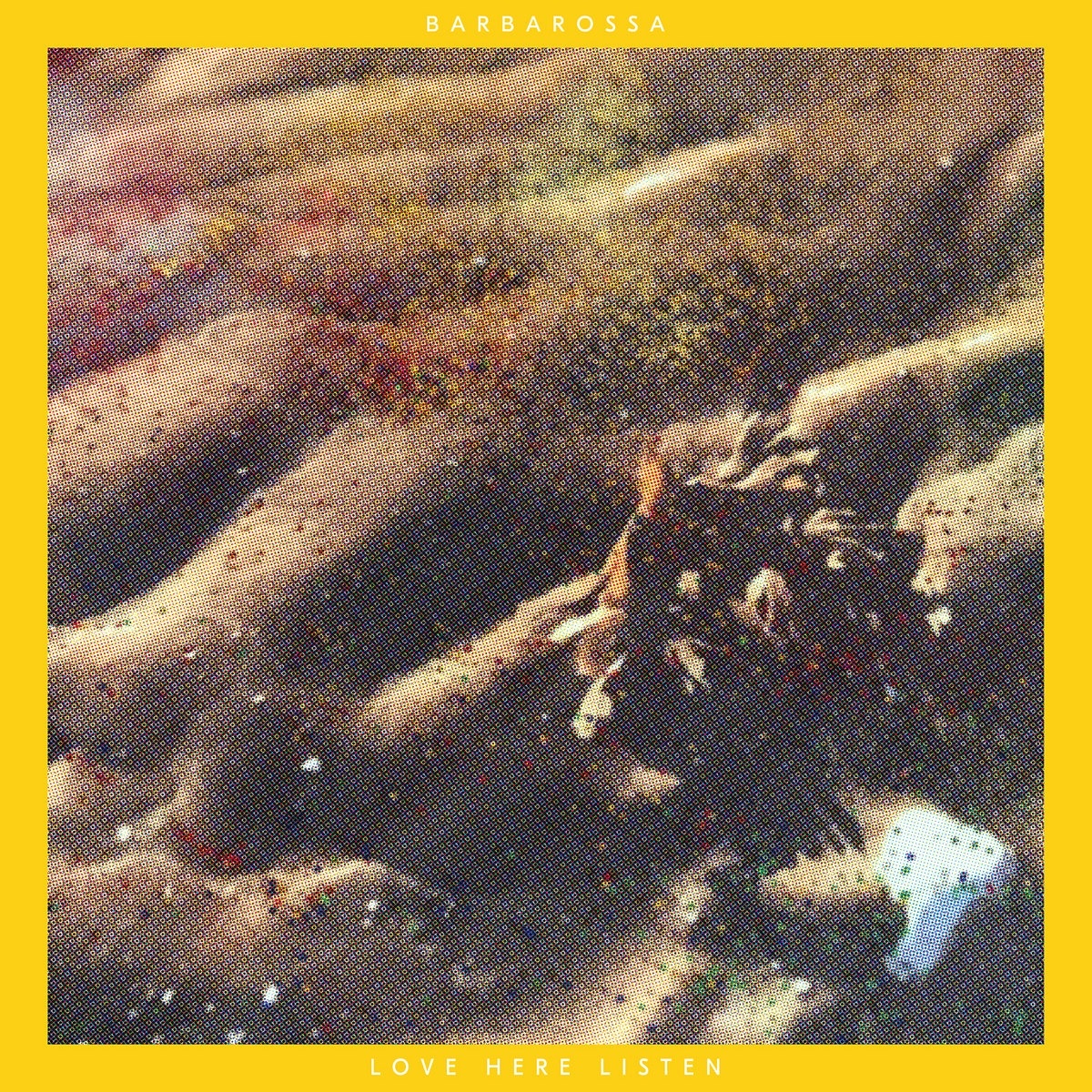 Six years ago, multi-instrumentalist James Mathé made the dive into electronic music production with Imager, painting the heavy-hearted balladry of his early acoustic work in glitchy synths and brooding basslines. It was a timely and promising transformation for Mathé’s Barbarossa project, which had been growing stale with 2013’s organ-drowned Bloodlines, but the frequent José González collaborator is once again in need of a makeover. His new album, Love Here Listen, is lighter in tone than his previous electronic projects, but as Mathé drifts further from the raw vulnerability of his pre-Imager work, he’s failing to replace it with anything personal or unique.

Opener “Always Free” is one of the more colorful songs in the tracklist, with verses grounded by a sweet piano riff and a deep electronic bassline, and soaring choruses lifted by a wash of glimmering synths and Mathé’s bright falsetto. The following “Iris2Iris” is similarly invigorating with its sweeping and immersive synth orchestra building to an epic final chorus of layered vocals asking, “How do we open up to this feeling?.” Love Here Listen is at its best when it reaches for such great heights, but most often Mathé sits comfortably and forgettably in the chillwave space occupied by more subtly engaging producers like Tycho.

Third track “Recliner” offers the same instrumentation without the epic climaxes, and later the slow-burner “Long Wave” presents a clean and unexciting mix of synth arpeggios. The closing title track is more of the same with just a hint of finality in its extended outro. While Mathé has clearly demonstrated that he is capable of pulling off a clean and immersive synth pop sound, he’s missing key ingredients needed to set him apart from the crowd.

Mutemath’s Vitals comes to mind as an album with a remarkably similar sound, but unlike Love Here Listen, Vitals leaves a lasting impression by playing to the artist’s strengths. The hypnotizing “Stratosphere,” the dramatic “Used To” and the explosive “Remain” are composed of mostly the same instrumentation as Barbarossa’s new album, but these are unmistakably Mutemath songs in that they beg to be translated to the live stage where the band famously shined. Caribou’s latest record, Suddenly, also thrives in this synth pop realm, but Dan Snaith memorably infuses that album with his signature sample-heavy and expectation-defying production tricks.

It follows, then, that Love Here Listen’s missing link is the thing that made Barbarossa’s music great in the first place, namely Mathé’s warm yet heartbreaking vocals and his harrowingly vulnerable songwriting. A record that combines the synth pop grandeur of “Always Free” with the devastating emotion of his first hit “Stones” is a thrilling prospect, and Mathé has demonstrated here that he has the skills to put such a remarkable record together. For now, though, he hasn’t given us much of note to tide us over until he does.