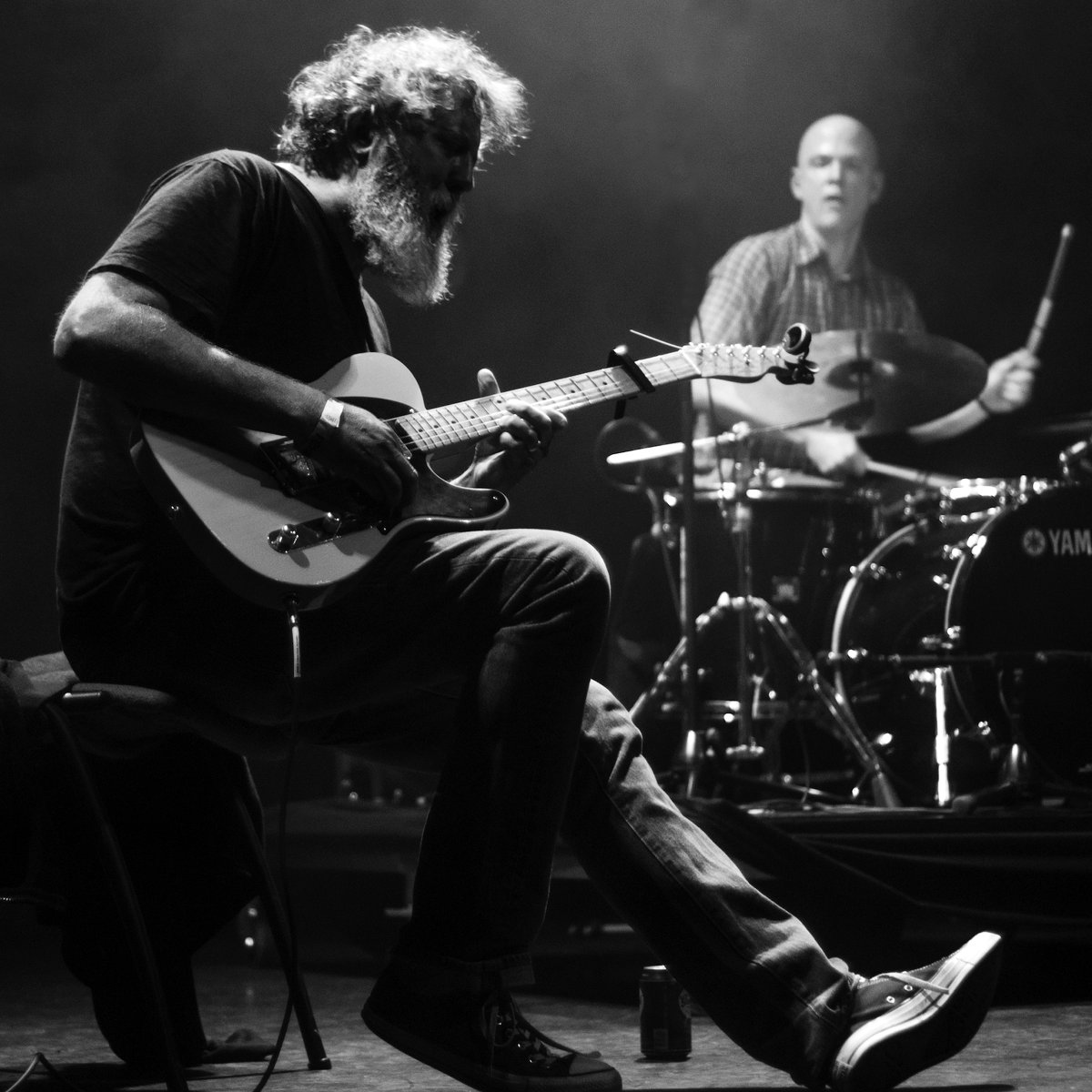 The essence of improvised music played by a group is the alchemical result that issues from the actions and reactions of players occupying the same space and time: making sound together. Particularly in a live setting, such music has a unique charge for both the musicians and the audience. “Failure” lurks around every corner – interesting failures are often the best parts of improvised music – but so does transcendence, and maybe the two are not so different. The last year has taken away more important things than the opportunity for performers to play such music, but it is nonetheless a profound loss. Chris Corsano and Bill Orcutt present an unorthodox solution to this problem on their latest LP, Made Out of Sound. Corsano recorded his drums independently in New York, sending them to Orcutt in California, who then improvised two guitar parts overtop the free-flowing percussion. The results of this experiment speak for themselves.

Where Corsano and Orcutt’s debut collaborative album – Brace Up! – was more obviously indebted to the angular noise and punk of Orcutt’s past, Made Out of Sound is very much in continuity with the warped roots music he has been developing over the last decade. But these are two sides to the same coin, and just as Brace Up! had warmer, melodic moments, Made Out of Sound does not shy away from noise. As good as Orcutt is, it’s hard not to listen in awe of Corsano’s percussive prowess. His playing is life-affirming – attuned not to the human heartbeat, but to the heartbeat of the world. It is fluid and fierce, delving a groove so deep it unearths strange minerals and even stranger creatures, ones long-buried by the accretions of time.

The method of recording means the drums tend to take the lead. “How to Cook a Wolf” opens with blistering rolls that escalate throughout the short, fiery track. The movement of the percussion leads Orcutt’s counterpointed guitars into a contest of speed. When Corsano opens up some space in the track, Orcutt fills the gap with a repeated figure over which he traces a lightning blast of attack. To call it a solo would be technically correct, if reductive.

“Some Tennessee Jar” strikes a more contemplative pose. The guitars glisten and the percussive attack is scaled down. The sound steadily builds as both Corsano and Orcutt fill their canyon with echoes and motifs that seem to bounce off each other as the guitars get grimier until, in the closing seconds, a place for silence opens up and something like resolution arrives.

Elsewhere, tracks like “Thirteen Ways of Looking” edge into a song-like territory adjacent to nothing so much as post-rock. Resistance to tempo and Orcutt’s signature removal of two strings from his guitar keep these tracks full of their particularly off-kilter life, though. On “Distance of Sleep,” the duo keeps the atmosphere ominous, Orcutt bringing his signature attack to the “solo” while Corsano lays down a tom-heavy bedrock. Orcutt’s use of hammer-ons creates some fascinating tonal pairings on “The Thing Itself,” while “Man Carrying Thing” is compelling evidence that Corsano has more than four limbs with which to ply his instrument. Album closer “A Port in Air” is a stunning bit of big-sky music, all open-spaced and major-keyed.

Described in the liner notes as “not-not-jazz,” Made Out of Sound could add that prefix to a host of genres – not-not-Americana, not-not-blues, etc. – and get away with it. It’s a capacious record, a testament to the vitality of the two musicians who made it. Even if they couldn’t be in the same room, their chemistry is clear and if you close your eyes while listening, you can almost see them on a stage in front of you – Orcutt bent low over his four strings, Corsano with his head on a relaxed swivel. Maybe someday soon.