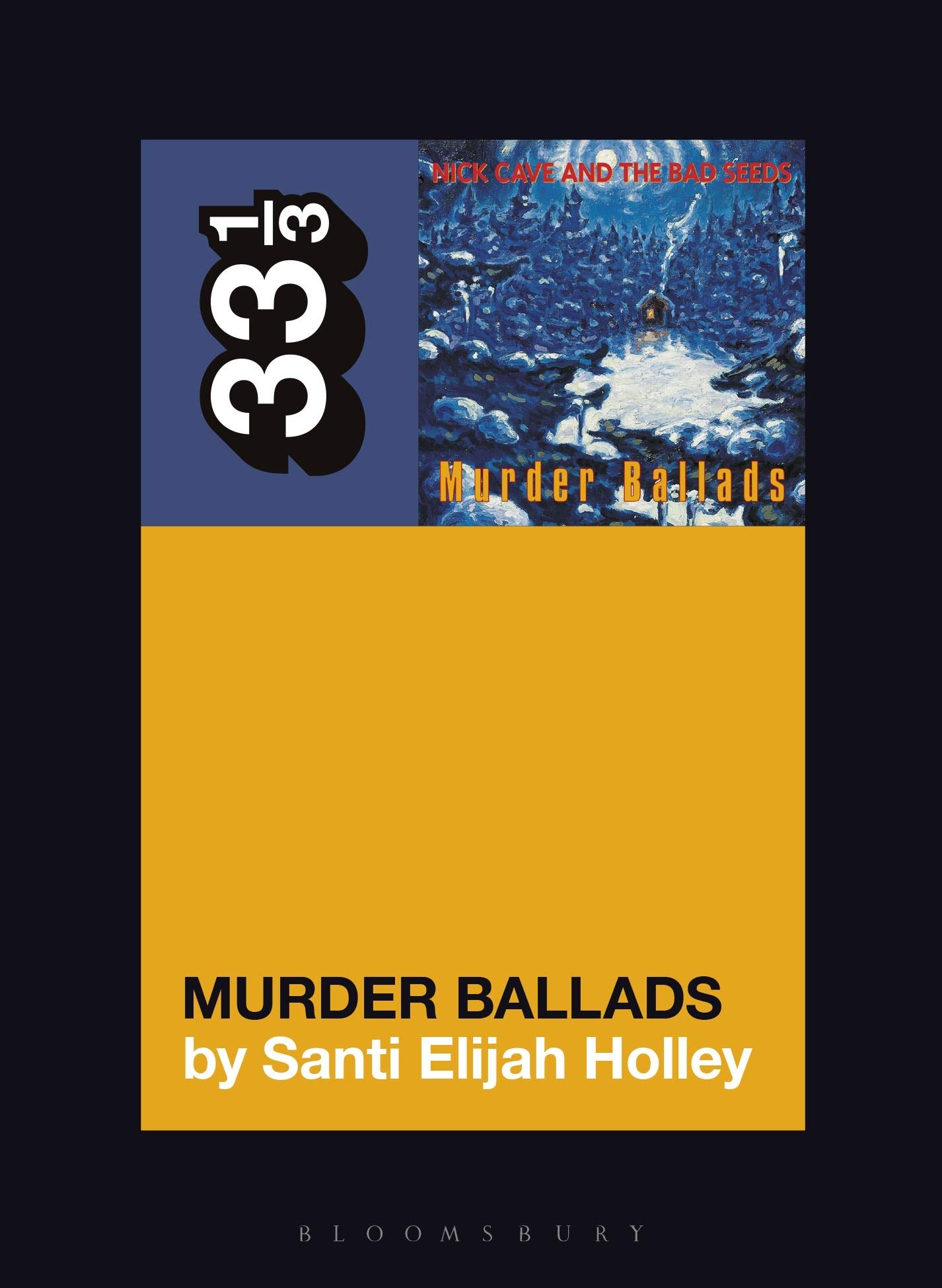 Bloomsbury’s 33 1/3 series runs the gamut from slavish devotion to the album in question to masturbatory fantasias that barely touch upon the record being profiled. Portland-based writer Santi Elijah Holley takes on Nick Cave and the Bad Seeds’ 1996 album, Murder Ballads, in a recent entry in the series, not only examining Cave’s album in-depth but also taking the long view by delving deep into the murder ballad tradition that Cave plundered to make his most macabre record.

In dissecting Cave’s ninth studio album, Holley breaks his book into distinct chapters, one for each of the album’s 10 tracks. In the introduction, Holley gives some historical background on the record, one that sprung from leftover tracks from the Let Love In sessions. At the time, Cave told Rolling Stone that the record was “designed to offend…where people go, ‘What the fuck is this load of crap?’”

When the album was released, Cave was not well-known in the United States. A stint on Lollapalooza, designed to break him out here, turned out to be a nightmarish grind that saw Cave play at an undesirable slot in the middle of the afternoon. Despondent, he began to write the blood-drenched tunes that would make up Murder Ballads. Rather than offend, Murder Ballads became a huge success for the band, yielding hit single, “Where the Wild Roses Grow,” a duet with Kylie Minogue.

While examining each song, Holley digs deep into English, Scottish and Appalachian ballads, sniffing out the numerous influences on Cave. Holley interviewed Bad Seeds Mick Harvey and Jim Sclavunos and used archival interviews with Cave to piece together a thorough mosaic of research that not only goes beneath the surface of the record, but presents a history lesson on the craft of the murder ballad.

Fans of Cave will relish the insider tidbits that Holley tempers with the historical background. For example, Cave initially wanted PJ Harvey to sing all of “Henry Lee” on her own, but the singer preferred to make a duet. Meanwhile, the Bad Seeds tried to emulate rappers like the Geto Boys on their take of Stagger Lee.

The true treasure map here is the inclusion of the titles of the songs and artists that Cave plundered to create his album. Fans of Harry Smith’s Anthology of American Folk Music may know some of the songs Holley cites, but this may be the most complete source of all the versions out there of “Stagger Lee.”

Though it is a bit laughable that Holley felt like he must devote part of the introductions to explain that he does not condone the violence inherent in Cave’s songs, his passion for the album is evident in this short volume. Murder Ballads may be an outlier in Cave’s prolific catalog, but the album is prime for an excavation, 33 1/3 style, as the artist puts his demented spin on a songwriting tradition.