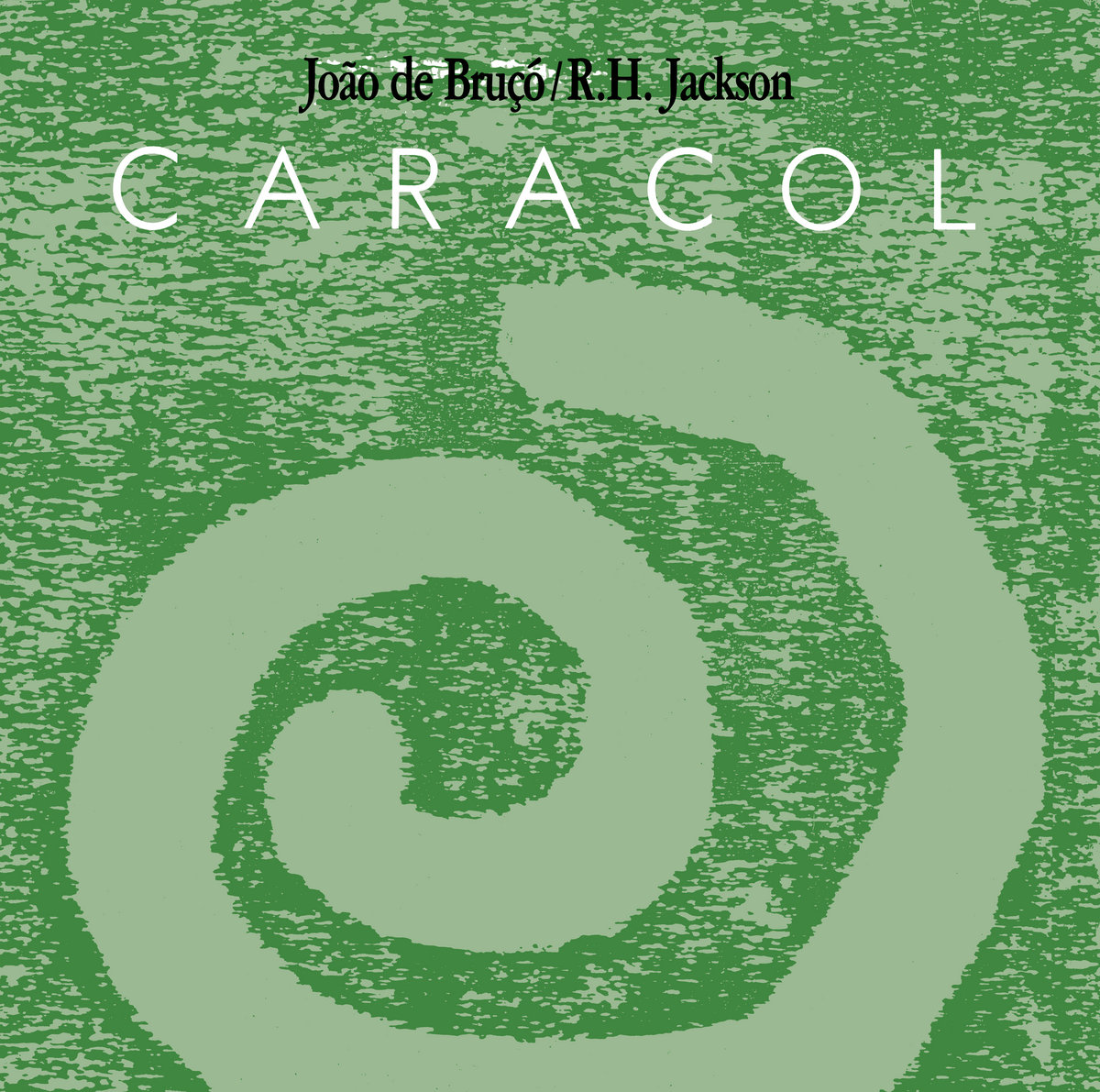 The São Paulo-based label Discos Nada recently reissued a pair of albums by artists who appeared on the essential Music from Memory comp Outro Tempo, a 2017 release that sampled electronic music from 1978-1992 that was little known outside Brazil. Cinema, a 1985 release led by Ronaldo Tapajós, is an album of strong moment but tenuous connective tissue. João de Bruçó and R. H. Jackson’s privately-released album from 1989, is perhaps even stranger than Tapajós’ project. But despite veering even further from commercial potential, Caracol is more satisfying and coherent, and what holds it together is that definitive Brazilian trait: rhythm.

Granted, there’s nothing remotely bossa nova-like here. The under-two-minute “Instante de Gelo” gets things off to a mild start with a gentle electronic drip accompanied by whistling. The drip-drip reverberates increasingly and a metallic whirring begins to dominate the idiosyncratic intro before the mood shifts. Beginning with an accordion riff, “Dona Roxa” (“Purple Lady”) seems fairly traditional, but electronic layers and a barely audible female vocal give it an air of mystery, sounding like a radio station caught between channels, intermittent birdsong at once grounding the sound in nature but also unsettling the listener. But a rippling synth line and electronic rhythm are key here in establishing that Caracol, for all its careening pan-genre experiments, there’s a steady if shifting groove.

Suddenly, the magic kicks in. “Das Matas” (“From the Woods”) again has traditional elements in its percussion and chanting, but these are quickly dominated by electronic sounds. This track is also the album’s first instance of an unusual recurring vocal treat: onomatopoeic vocals that vaguely sound like a cross between Pere Ubu’s David Thomas and outsider scat-man Shooby Taylor. In just under five minutes, this heavily electronic track neatly conjures the conflict between man and nature, not only in terms of acoustic vs. electric: the wildly varied arrangement and deliberately incomprehensible patois evokes a human overwhelmed in nature by the immense possibilities of natural sound. And again, all this is held together with rhythm; mid-way through the stylistic stew, a steady rock beat drives in to ground the variety of forest creatures, unifying them in a mid-tempo dance. The effect is slightly muppet-like, summoning up a primal joy in musical experimentation and in the simple pleasure of play.

Bruçó and Jackson ingeniously—and sometimes hilariously—marry man and nature on the nine-minute “Pantano” (“Swamp”), which begins its program with a dirge like bass swirling with electronic insect activity. Then those wordless vocals come in again, shouting incomprehensibly but with an inflection that suggests a cartoon villain, and it’s a tropical hoot. But just when you think the album is settling into its electro-jungle thing, “Here We Go Again” turns, of all things, to hip-hop. With a thudding beat Rick Rubin would be proud of (and percussion that keeps one foot in the tropics), these boys include an English speaker, but lurking in the back are those nonsense vocals again, here taking the approximate role of a bratty Ad-Rock.

The album’s original closer was the seven-minute-plus title cut, which begins with electronic steel drums and a bass baritone version of that onomatopoeic song. The simple rhythms that start off the track gain complexity, and the untranslatable vocals, freed from the need to have any meeting, become a showcase for the singer. Two bonus tracks lean to synth-pop instrumentals, with “Butterflies” closing things out on a haunting, catchy mid-tempo note.

Brazilian musician Walter Franco called Caracol “a pure expression of the unconscious,” which may be as good a way as any to explain how the artist’s fondness for speaking in tongues is in the end so easy to understand. Liner notes ring home how uncommercial this all seemed at the time, but if you’re in the right mindset, it’s strangely accessible and enchanting.