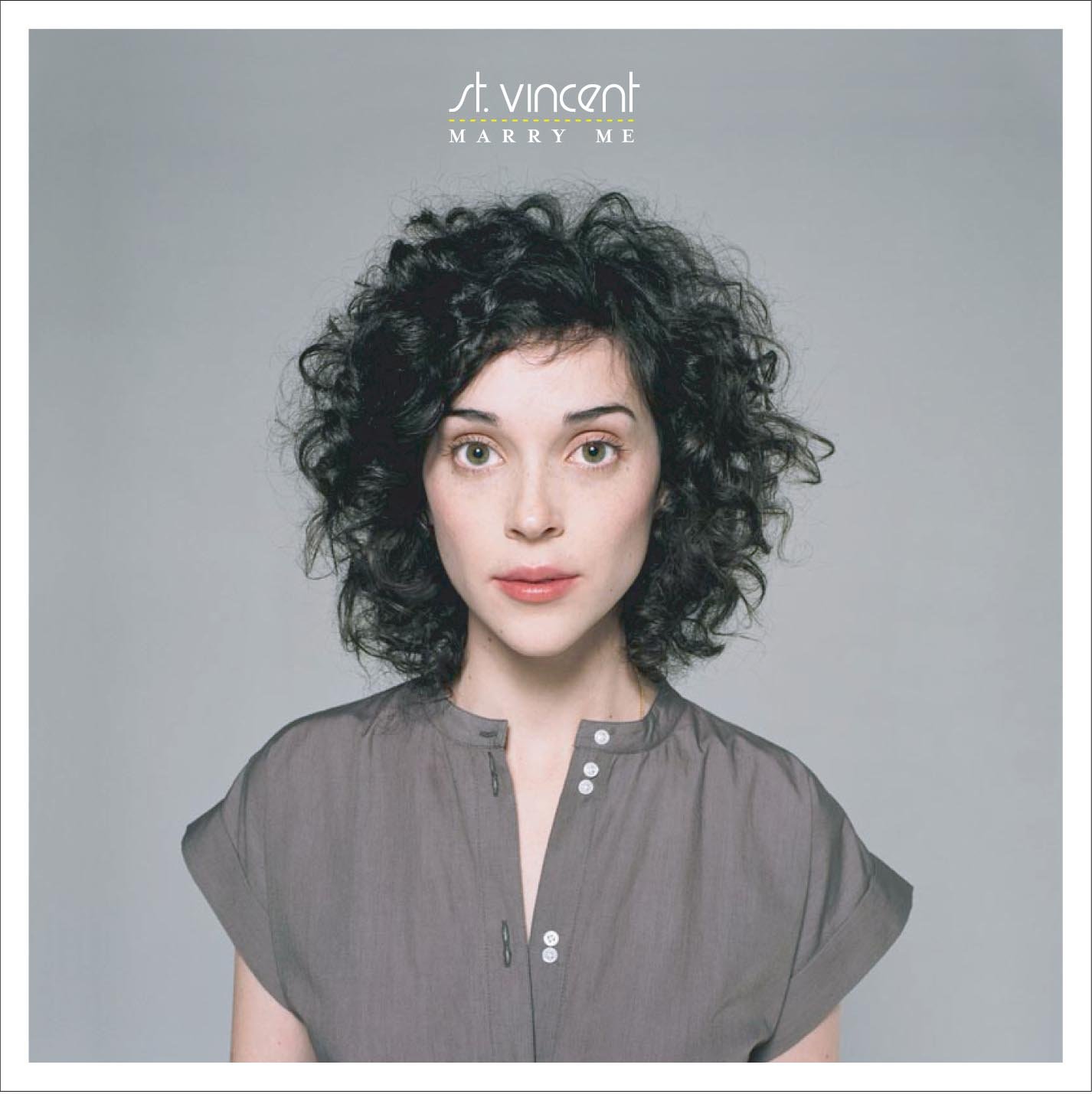 One of Annie Clark’s greatest talents is how she cultivates a sense of mystery. Veiled but never aloof, she can draw you in with a simple turn of phrase, an unexpected musical twist or a burst of feedback, and leave you wanting more. Even when talking about her personal life, there’s enough distance and decoys to keep you on your toes about how much she’s actually revealing. And she does this while writing some of the most kinetic songs of the 21st century. As she preps the release of her new album, Daddy’s Home, the origins of St. Vincent can be found in her underrated debut, Marry Me.

While Actor was her breakthrough, the core of St. Vincent’s musical personality exists in its embryonic stages on Marry Me. It’s a record that shows off her prodigious guitar work, her gift for melodies and the ability to create foreboding out of comfort. It’s all there in the album’s first track, “Now, Now.” Fading in with feather-touches of arpeggios, Clark’s vocals and lyrics are an immediate table-setter, as she lays out everything she’s not, a pushback against preconceptions. While her voice remains almost genteel, there’s an ominous touch when she ends the playful chorus with “I’ll make you sorry.” As the song approaches its end, strings and vocals start to swirl into a maelstrom as her guitar erupts in frantic discord.

This pivot point of serenity and tension is where Clark lives for most of Marry Me. “Your Lips Are Red” flips the script of “Now, Now,” with most of track being a mix of pounding drums, Clark’s seething vocal and string breakdowns that sound like a rewrite of the score of Psycho. But just when you think the music’s going to spiral into chaos, Clark pulls back to mellow guitar tones and a pleasant coda that repeats “Your skin’s so fair, it’s not fair.” On the other hand, “Paris Is Burning” is a demented waltz, a queasy dance through fire and ash, on a surface of crooked synthesizers, strings and handclaps. Even the bright piano ballad of “All My Stars Aligned” brings some clouds with an unexpected but somehow fitting sample of the “James Bond Theme.”

It’s not all sunlight fused with shadow. Some of the best songs on Marry Me find Clark resisting the urge to dirty up her sound or throw out curve balls. But even then, she makes sure things don’t get too cloying. The title track is a lovely piano ballad with the first appearance in her discography of the infamous Johnny, the subject of “Prince Johnny” and “Happy Birthday, Johnny” on later records. On “Marry Me,” Clark promises to be “So good to you” but then admits “You won’t realize I’m gone” a breath later. “The Apocalypse Song” is just as strong, building from a synth hum and quick-fingered guitar riff to an ascendant chorus.

There is some early-album weirdness though, a sign of Clark still figuring out her voice. “Jesus Saves, I Spend” is a bit twee with its carol-esque backing vocals and holiday pop song drum rolls. It’s not bad but lacks bite and doesn’t mesh with the rest of the album’s vibe. The jazzy “What Me Worry,” with its 1940s stylings, is also a strange, ill-fitting closer. But these tunes also show that from the beginning, Clark refused to be pigeonholed.

Altogether, it’s fascinating to look back at how St. Vincent got started, both for how well-formed her musical personality was from the start, as well as for seeing how far she’s come since then. Her debut may not have the same impact or cohesiveness of latter albums, but it’s a wonderful example of an artist just starting out and carrying themselves with a confidence that will take them far. Like the album cover itself, Marry Me will stare you down until you give in to its malleable, at times disquieting, grace.

Goat Girl: On All Fours