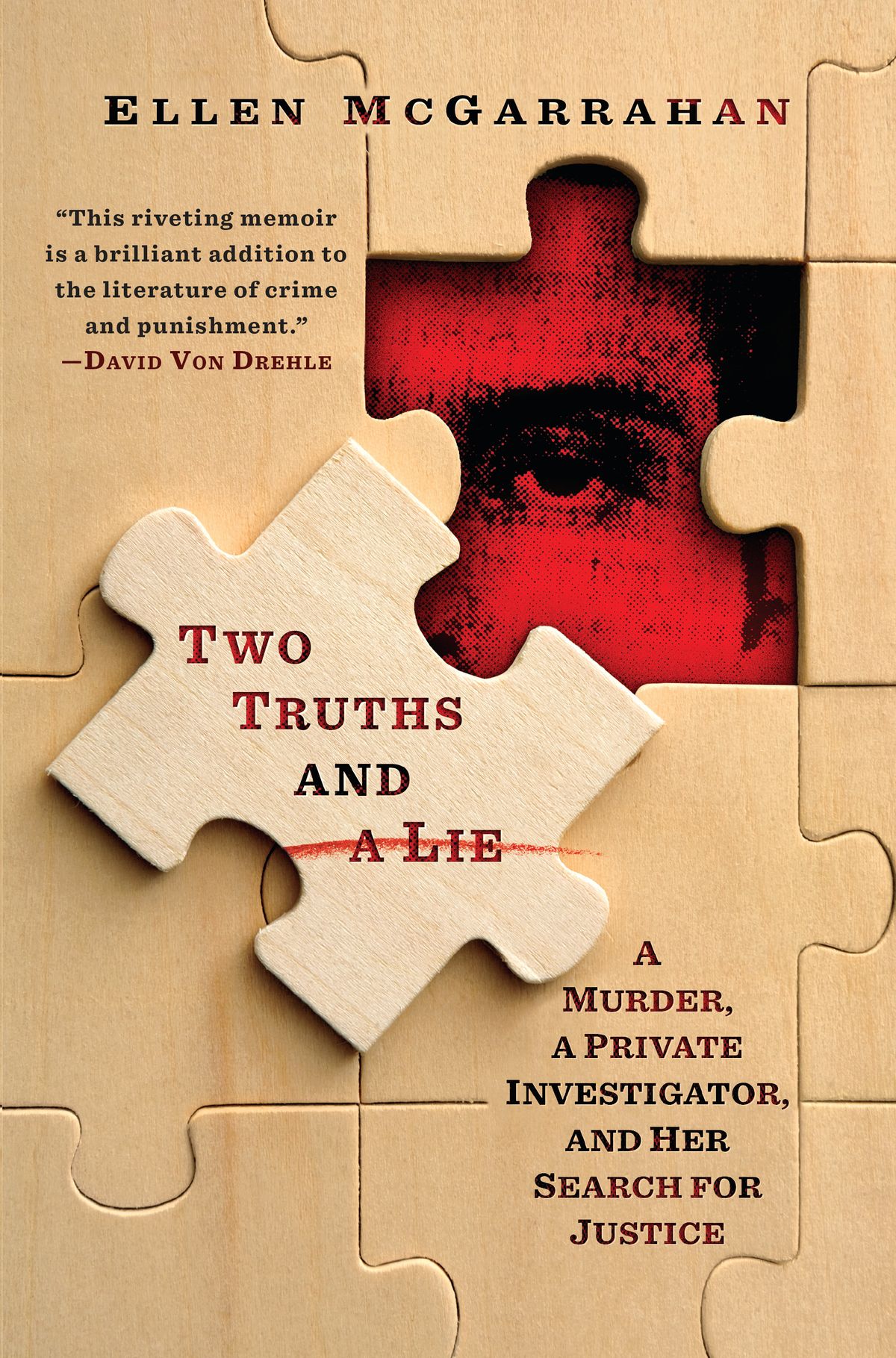 In 1990, Jesse Tafero was executed by electric chair in Florida, 14 years after his conviction for murdering two police officers. The execution was botched (up to a point; he did die) and soon the rumours of his innocence, which had continually circulated during the years of his incarceration began to resurface, re-opening the endless debate about the death penalty and making his case something of a cause célèbre. Which sounds like the set-up for a piece of crusading investigative journalism – and it is – but Two Truths and a Lie is not the book one might expect to read, or indeed the one that Ellen McGarrahan probably thought she was going to write.

McGarrahan witnessed the execution in her role as reporter for the Miami Herald and the events of that day have haunted her ever since. But, even after books and plays have been written and TV movies made, about the innocence of Jesse Tafero and the miscarriages of justice involved in the case, the truth of the events that put Tafero in jail and into the electric chair remain incredibly difficult to untangle. Two Truths and a Lie bears a passing resemblance to Truman Capote’s great In Cold Blood (1966), but whereas Capote’s cool novelistic prose served to take the author himself out of an investigation that he was in reality embroiled in, McGarrahan is unashamedly personal and emotive; and rightly so. There are in fact two mysteries at the heart of her book; not just who it was that killed the police officers at a highway rest area on that morning back in 1976, but also what it was that witnessing the execution in 1990 did to the author. And the truth is it derailed her life. Abandoning journalism – although her precise, informative, unwasteful prose remains journalistic in the best sense – she changed careers, eventually ending up working as a private investigator, leading ultimately to the decision to investigate the case which had affected her so deeply.

It’s a book devoted to the search for the actual, objective truth about a series of events, but it doesn’t pretend to be impersonal in itself; “The calm, controlled, rational private detective I was becoming examined the news stories, looking for clues. But it felt like there was a whole other part of myself still back in the death chamber, watching Jesse Tafero die.” The book has the drama and scope of a novel, as the investigation takes McGarrahan from her Michigan home back to Florida, to Ireland and even to Australia. But like all great works of non-fiction, Two Truths and a Lie has details that any novelist would consider to be too contrived or unbelievable to make up; arriving unannounced to interview an old acquaintance of Tafero on what turns out to be the morning that she has taken out the letters he wrote to her from prison and is about to burn them. Spotting one of the other suspects in the case – who happens to be on the run from the law – while she’s actually calling from a phone booth to say she that she can’t trace him. Then discovering that the runaway criminal has, in the years since the murder trial, become a kind of messiah figure in a UFO cult; but choosing to stay overnight in his trailer anyway. Not to mention tracking down one of the key figures in the case to an Adelaide Renaissance Faire of all places.

Like In Cold Blood, Two Truths and a Lie is a book that takes us to the human heart of a crime. These are events that have over the years been overshadowed by questions of who did what, and effaced by the memory of more recent, similar or even worse crimes – but they nonetheless took the lives of two – in the end three – human beings and had a seismic effect on the lives of the others who were involved. At its heart, the book is about the differences between justice and vengeance and the importance of the truth, but what crops up again and again in her investigation is a chilling indifference to the simple idea of objective fact; not only among the book’s cast of criminals, reformed criminals and suspects, but also establishment figures, lawyers and prosecutors.

The great strength of Two Truths and a Lie is that Ellen McGarrahan makes gripping, coherent narrative out of an investigation in which she was driven to the point of obsession to reveal a truth which must often have felt hopelessly out of reach. But, after despairing with the author in the face of the apparent unreliability of almost everybody involved in the case, conclusions are finally drawn that the reader can trust and if in the end McGarrahan never quite succeeds in bringing us the whole truth, she does at least offer nothing but the truth. In many ways Two Truths and a Lie is a bitter and sordid story, but just when it seems that there can be no real ending, McGarrahan brings it all together with a superb and heartfelt conclusion that transcends the case itself and is altogether satisfying.