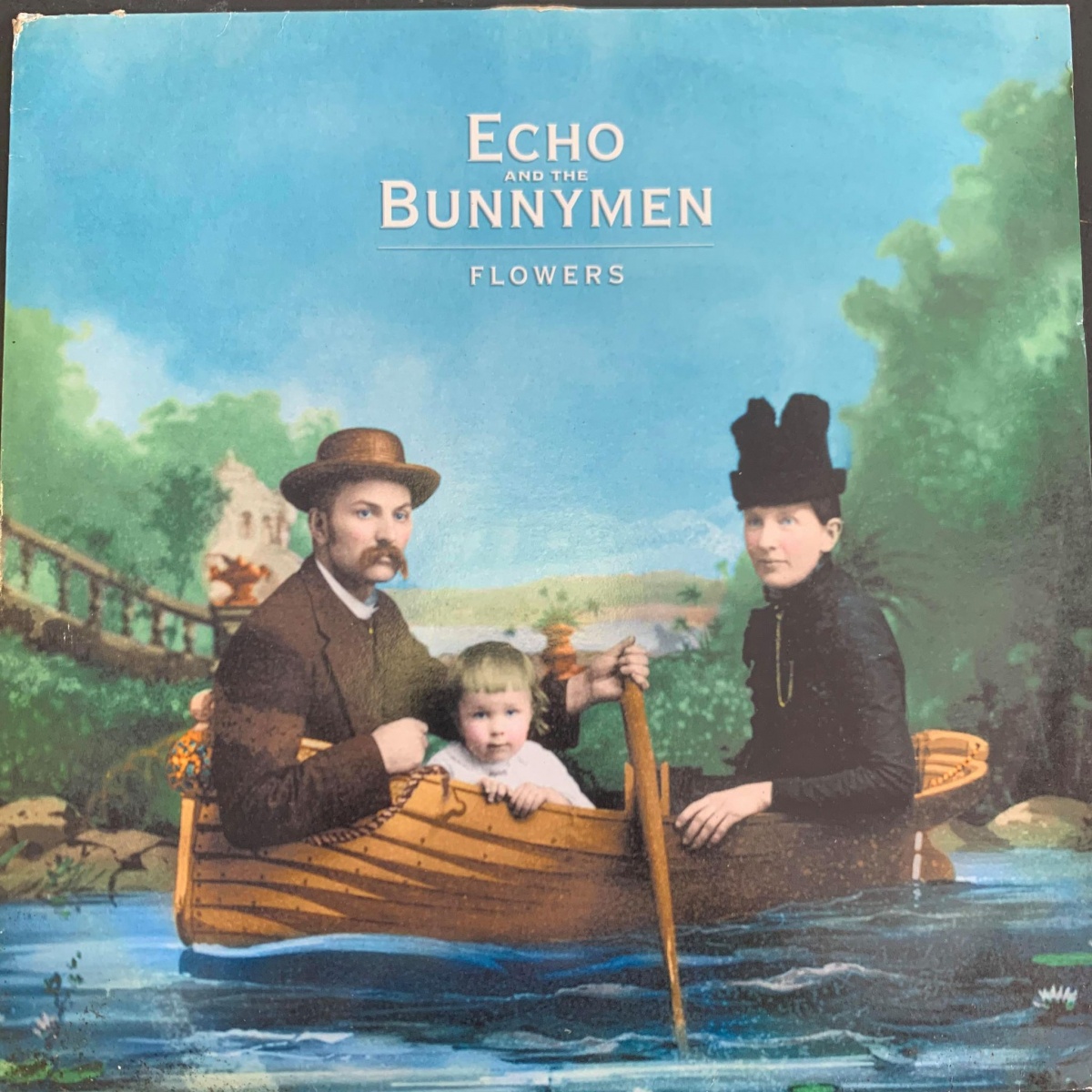 More than 20 years after their debut Crocodiles, the post-punk powerhouse Echo and the Bunnymen recorded their ninth album. Co-produced by Merseyside founders Ian McCulloch and Will Sergeant, Flowers may rank as Echo’s best reunion disc, although it’s less urgent and more uneven than the band at their peak.

The band had gone through a lot in the ensuing years. Rising in 1978 as punk ebbed, the band’s first five LPs emerged from Liverpool’s anorak-shrouded, psychedelically tinged scene and still endure as some of most potent indie rock music of the era. But they didn’t see out the ‘80s as a cohesive foursome. After front man Ian McCulloch split, the remaining trio failed to keep the Bunnymen hopping. Ten years after their eponymous 1987 hit record, McCulloch patched up the spat between him and his childhood friend, guitarist Will Sergeant. Evergreen cleverly staged the band in the identical setting and poses as on their first album’s cover. However, while bassist Les Pattinson briefly rejoined the fold, drummer Pete de Freitas was killed in a motorcycle accident in 1989, leaving loose ends in this revived end-of-the-millennium dark tapestry.

Next up, What Are You Going to Do With Your Life? depicted a lone, black-clad figure, walking down a deserted road into a barren landscape. Conveying that 1999 album’s plain, weary content, it felt as if McCulloch was recording a solo set of songs with a back-up band. Even Sergeant’s role faded into the mix, his guitar all but submerged. Reduced effectively to a duo plus support, the rebooted version of Echo and the Bunnymen followed up with Flowers in 2001.

After Pattinson left, the singer and the guitarist hired session musicians, with subsequent records rotating rather than repeating line-ups. This choice meant that McCulloch and Sergeant have had to bear the weight of their legacy; much like The Who, their classic rhythm section had now long laid to rest. What works well remains the lead guitar. Sergeant applies Arabic scales, turning many songs into appealing arrangements, not rehashes of The Doors. Brash opening track “King of Kings” returns to the “Thorn of Crowns” character on 1984’s Ocean Rain. The bold speaker confronts Jesus with swagger, as He admits His own dread of losing His soul. At least “King” improves somewhat on the self-absorbed lyrics of its predecessor.

That’s the problem with McCulloch. In the tradition of Jim Morrison or Lou Reed, his words conveyed moody narratives and glum reflections. Even with a standout guitarist, the drift of Flowers flows erratically rather than forcefully too often. “SuperMellowMan” suitably evokes its singer’s sober take on maturity, while “Make Me Shine” and “It’s Alright” lilt along passably as pop. But the gloomy resonance of 1981’s stark and icy Heaven Up Here has settled into a downbeat but less compelling delivery via McCulloch.

McCulloch’s sober voice persists, but his soaring range glides into a holding pattern of just-good-enough sameness. Mortality weighs Flowers down as it did its predecessor. It could have used the talents of Ian Broudie, whose production of their early discs, especially on Heaven and 1983’s Porcupine, sharpened their bite and honed their savage edges. The most memorable Flowers cut, “Everybody Knows,” has McCulloch croon while riffing on a nursery rhyme. Boosting McCulloch’s welcome energy and Sergeant’s attack, rippling keyboards from Ceri James burst their way through the miasma. Alex “Kong” Germains finally gets his bass licks in too, pressing home the melody. But the sequence sags in its latter half. “Life Goes On” by its title betrays its mundane message. “An Eternity Turns” snakes its way about more intriguingly, yet the tone of Flowers resembles more the ballad “Burn for Me” that closes this overcast, very cloudy album.