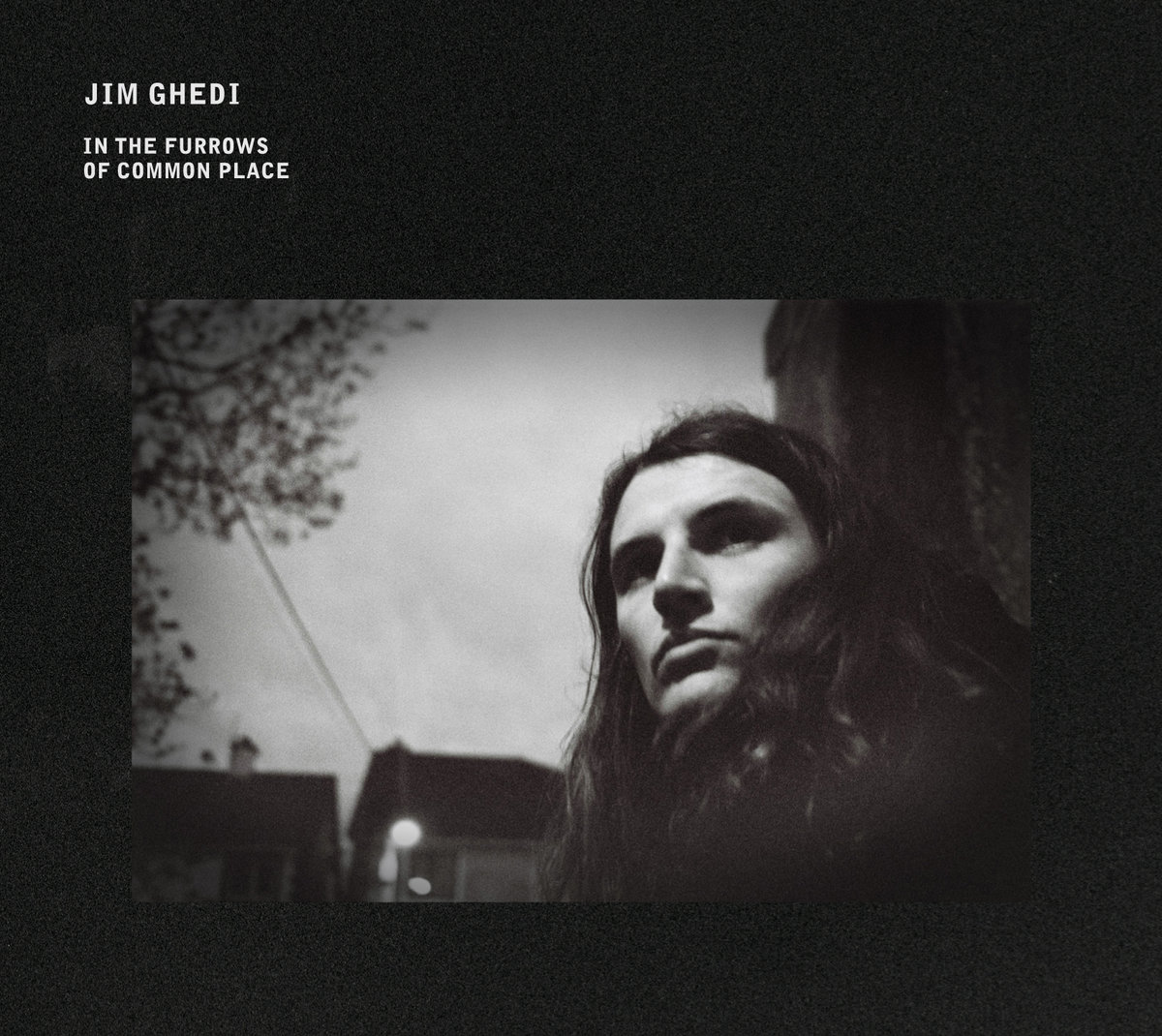 Little prepares you for Jim Ghedi particular kind of folk music on In the Furrows of Common Place. Similarly, nothing really was able to prepare one for the way Fairport Convention reinvented the tradition with Liege and Lief. Yet Ghedi has managed to go them one better, combining both the traditional and the modern in a remarkable set of music.

These are themes that the primarily instrumental musician needed to address. “I started to speak about my environment, inevitably observing the times we find ourselves in socially and politically – a continuation of austerity measures and its effects on communities, alongside social inequalities and working-class issues…Socially and politically I saw defiance but also hopelessness.”

Neal Heppleston, dbh, Sally Smith, and Guy Whitaker joined Ghedi at Black Bay Studio on the Outer Hebridean Island of Lewis in January. As the Atlantic gales battered, with snow on the hills, they recorded quickly, focusing on the music. On violin, dbh seems to match Ghedi’s vocal line on “Common Thread,” a song more aggressive than anything in his back catalogue. It relates a tale common to his roots in Sheffield, England, where it’s hard for him to not recoil at what he sees, “amongst the empty buildings and last slivers of countryside, there’s an ever-growing threat of corporate investment and privatization of land.”

The drone at the heart of “Lamentations of Round Oak Waters” goes back hundreds of years, yet the song itself, while inspired by the poem by John Clare, tells a modern tale of greed. The Sheffield Council has allowed the felling of trees by the thousands, all in the name of progress. Combining the drone with the sounds of harmonium and brass brings a chill that was clearly intended. It seems that somewhere along the way we have forgotten what those trees are for, that besides their beauty there is a function that man simply can’t do without.

The instrumental “Mytholm” is based on the Norse word for the meeting of two waters. Mostly a duet for violin and guitar, it weaves a spell in the same way that the confluence of the two rivers can join together and become a rushing, lively force. The second half of the tune dances away from the tradition a bit, as if freed from the bonds of their respective banks. In contrast, “Stolen Ground” opens with slow fingerpicking as Ghedi takes on the anger that comes from a decade of austerity. “We’re voiceless from their policies/ And we’re moved on for economy.” As drums and horns enter, the song picks up steam, while there’s sadness there is also a sense that as a people if everyone stands together there is still hope for better times.

The song of a Durham miner, “Ah Cud Hew” is presented a capella, a call and response tune of a working life now lost. Telling the tale of a man haunted “now my hewing days are through”. It’s written by Ed Pickford, who grew up in those pit communities right after World War II. Not only have the mines been leveled, in many cases those towns have been as well. This part of a working-class world that no longer exists is also at the heart of “Beneath the Willow.” Ghedi found inspiration in the phrase, “This flimsy house is falling down, with us inside.” The band gently but forcefully has at it, with dbh’s violin soaring. The second half of the song, an instrumental, mines the inevitable decline, finally slowing to a statelier pace.

Concluding the album, the traditional ballad “Son David” tells of two brothers. It’s a tale of one who kills the other then flees the scene of the crime. Filled with sadness, the violin playing extended chords, it’s a moment that stays with you long after the song has ended, as does so much of this collection. An unexpected gem, Jim Ghedi has recreated folk with In the Furrows of Common Place, forging something contemporary while maintaining a framework that speaks to the tradition.