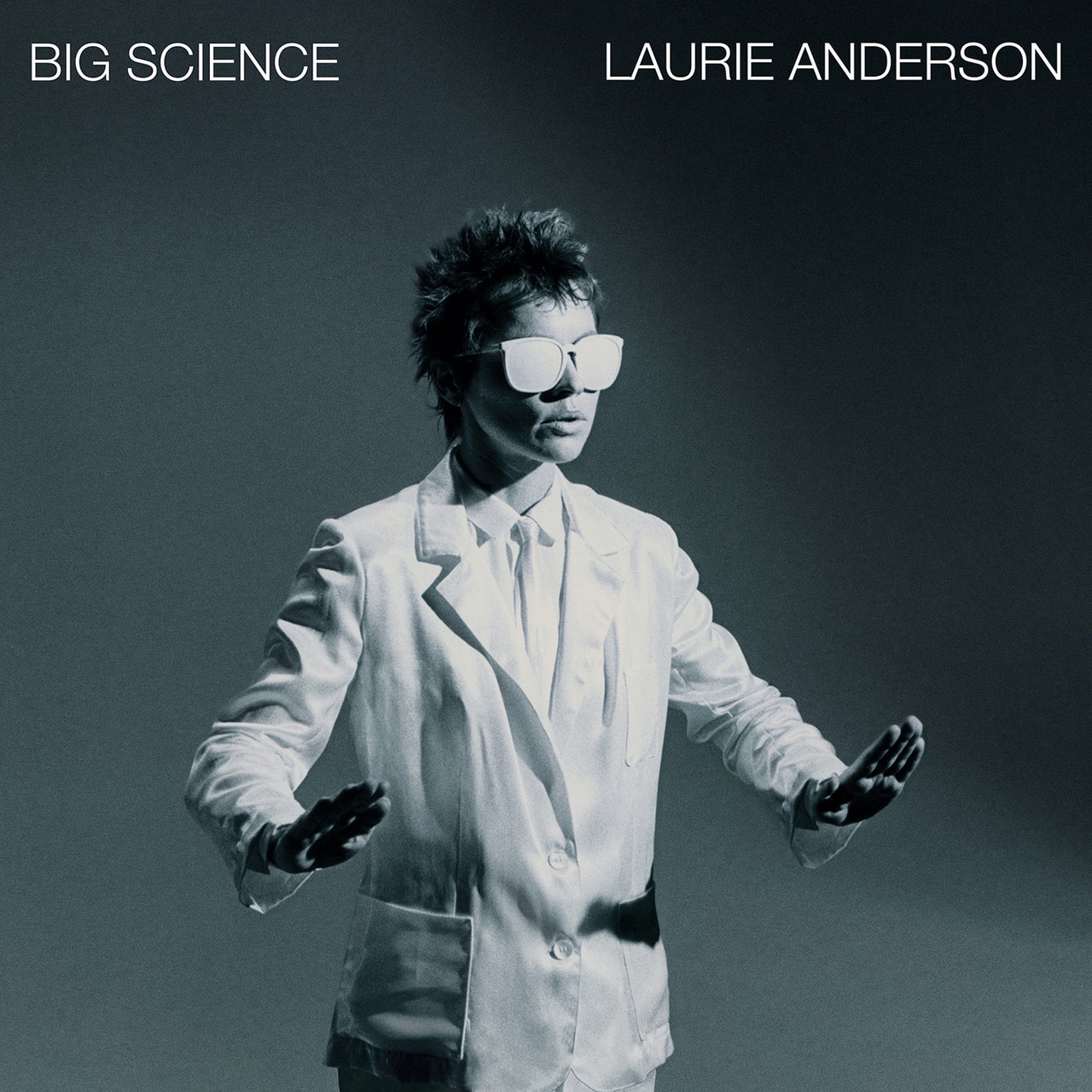 In recent years, artist and musician Laurie Anderson’s releases, like her 2019 collaboration Songs from the Bardo have focused on achieving a kind of timeless spirituality through music and chant that is organic and, for want of a better term, New Age. But her 1982 debut Big Science ― finally re-released on vinyl after 30 years ― will always sound like the future. And not a very happy future, mostly. Unique as an album, the thing it actually bears the most resemblance to is J.G. Ballard’s The Atrocity Exhibition ― fragmentary and gnomic but very accessible, cool, often amiable and even amused in its tone, but imbued with a feeling of doom and wrongness even in its lightest moments.

The nine songs that make up Big Science were originally born out of a much larger performance art piece, the seven-hour-plus United States Part I-IV , later released in its entirety as United States Live in 1984. Whereas that five-disc set is the documentation of a sprawling event, Big Science absolutely works as an album, in some ways something like the art rock of Talking Heads, although Anderson has a very different style/voice/persona from David Byrne. The album begins at probably its most Talking Heads-like, with the tight, repetitive riff of the “From the Air.” It’s tense and jittery, mixing what sounds like sampled vocoder voices with a horn section, which makes the perfect setting for Anderson’s cool, conversational delivery. When she says “This is the time/ And this is the record of the time,” it doesn’t only set the tone for the album, it feels like a manifesto for what follows.

Big Science may be unorthodox as music, but it never feels fanciful or whimsical. Anderson’s lyrics, though often oblique, are absolutely grounded in the everyday realities and in the texture of life in 1982 ― which could just as easily be life in 2021. For all that her delivery, especially when her vocals are treated or fed through a vocoder, feels detached and distant, that sense of reality gives it an emotional impact and feeling of intimate involvement too, the sense that life and its absurdities and tragedies are being processed and reported to us by a calm and sometimes amused spectator.

Sometimes, it’s also just weird. The ethereal, eerie but also percussive and comical electronic title track is introduced by a harmonized wolf howl and manages to incorporate a mundane description of Anywhere, USA, with deadpan yodelling and a casually sinister refrain: “Big science/ Hallelujah/ Every man for himself.” Again and again, the sonic coolness stemming from Anderson’s delivery is contrasted with elements that are in themselves light or almost humorous ― as in “Sweater” with its bagpipes and whining ― but the overall effect is anything but light-hearted. In fact, “Sweater” is a classic example; it’s a song that superficially seems to be about the end of a relationship, about falling out of love, which seems tongue-in-cheek, in many ways too silly to be taken at face value ― but the result is something which reverberates with dread.

Even by the standards of the album, the synths-and-strings of “Born, Never Asked” has an unusual texture, something like the avant-garde pop Bowie created for songs like “Yassassin” on his often-overlooked 1979 album Lodger, but again the deadpan vocal and the strange challenge of the lyrics (“You were born/ And so you’re free/ Happy Birthday”) give it a feeling of uncomfortable significance. The eight-plus minutes of surprise (to say the least) UK hit single “O Superman” sounds as peculiarly unique as always. Over its sonically warm but extremely tense eight-minute length, its Wendy Carlos-like synthesisers, treated vocals, birdsong noises and strangely classical form blend seamlessly with lyrics which remain, like much of Big Science, obscurely but deeply unsettling (“Here come the planes/ They’re American planes”) and full of mysterious significance.

These kinds of contrasts are what makes the album feel so profound. “Example #22” is again almost comical with its oompah-ish horns, German narration and uncharacteristically emotive vocals, but in the context of Big Science as a whole, even its funny moments have a kind of sinisterly doom-laden quality. When, on the closing “Let X=X / It Tango” Laurie Anderson says “I feel like I’m in a burning building,” you believe her. On the 2007 reissue, the preoccupation with fire and burning that pops up all over the album started to feel more like an obsession with the inclusion of the B-side “Walk the Dog” (“I came home today and you were all on fire/ Your shirt was on fire and your hair was on fire,” etc). That isn’t included here, but even without it, Big Science still sounds as it always did: alien, peculiar, uncomfortably familiar and absolutely like the record of the time.