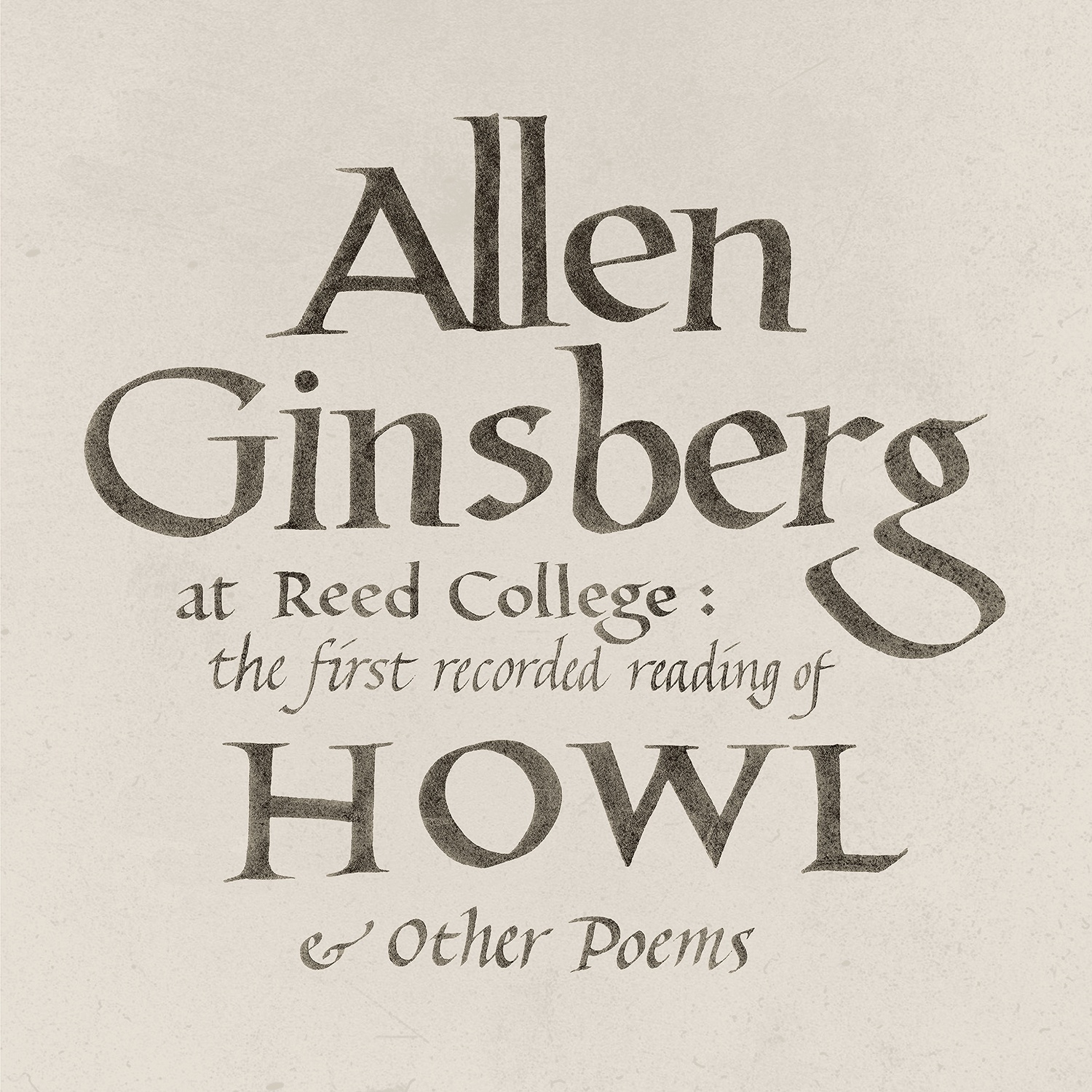 When Allen Ginsberg, by then an elder statesman of American literature, died in 1997, his warm and twinkly persona, and his performances – often augmented with harmonium or concertina, seemed part of the fabric of modern America. Although he remained best known for the incendiary poem (and collection) Howl, which had introduced the new and youthful counterculture of the Beats to conservative post-war America 40 years earlier, he had become a beloved, rather than controversial figure. But At Reed College… takes us right back to the period where his work emerged, raw and electrifying, into the public consciousness.

Although this wasn’t the epoch-making first ever public recital of Howl – that was a year earlier in San Francisco – this long-forgotten recording made at Reed College, Portland on Valentine’s Day 1956, takes the listener intimately into the heart of the then- emerging Beat movement. It’s an important record too, because although 1956 was the year that Howl was published, the recording pre-dates the publication – and therefore the outcry and banning – of the book by 9 months. What the listener gets, in amazing clarity, is the sound of a receptive but sometimes unprepared audience hearing the sensibilities of 1950s American being deliberately torn apart. The young Ginsberg is a surprisingly sober, somber reader; slightly hesitant but forthright. From the first poem, “Epithalamion,” his poetry pulls no punches; graphically sexual, straightforward, deeply emotional without being theatrical and intellectual without being obscure. At Reed College is far more of a traditional poetry reading than the hippy-like happenings of later years, but it’s all the better for it.

In poems like the beautiful “Wild Orphan,” – “He – the kid – imagines cars/and rides them in his dreams,/so lonely, growing up among/the imaginary automobiles/and dead souls of Tarrytown/to create/out of his own imagination/the beauty of his wild forbears” the youthful self-mythologizing of the Beat Generation is already complete and the sequence of short poems that precedes “Howl” seem almost to be preparing both the audience and poet for its intensity. At the same time, it’s a performance that, for all its solemnity, isn’t without humor; the travelogue and wry observation of “Over Kansas” manages to blend a rising intensity with a sense of the ridiculous and it’s one of several poems where Ginsberg’s enjoyment of the audience’s laughter is audible.

Although “Howl” is without doubt the main event here, some of the shorter pieces, such as the conversational, William Burroughs and Jack Kerouac-referencing “A Dream Record,” with its false start and tongue-in-cheek asides (“these are all separated by colons”) encapsulate the many facets of Ginsberg’s art even better. Yes, he was the tortured poet, obsessed with mental illness, sexuality and breaking free from conformist, capitalist America, but he was also engaging, lyrical and funny and the rapport he establishes with the audience through the first half of the reading is part of what makes “Howl” itself so harrowing. Although it’s very much a reading – the sound of Ginsberg turning the pages makes it very intimate – it’s not a formal one; he changes his mind, omits or elucidates throughout, and alerts the audience before “Howl” that he might not have the energy to make it through the poem.

In fact, he warns them with good reason; he only manages the first part. And no wonder – most of the marathon, 15-minute length of “Howl” as recorded here is recited at a pitch of intensity that would be monotonous if not for the audibly strained emotion, although, again, it’s not humourless and raises some laughter – much of it admittedly nervous – from the generally quiet and respectful audience. It’s a powerful and affecting performance; too much so for Ginsberg, who aborts a reading of “Howl” part 2 only a minute or so in.

Despite its abrupt ending, At Reed College… is an essential recording of one of America’s most iconic poets, captured just as his talent truly emerged and more than that, a record of part of the painful birth of modern, self-aware America.