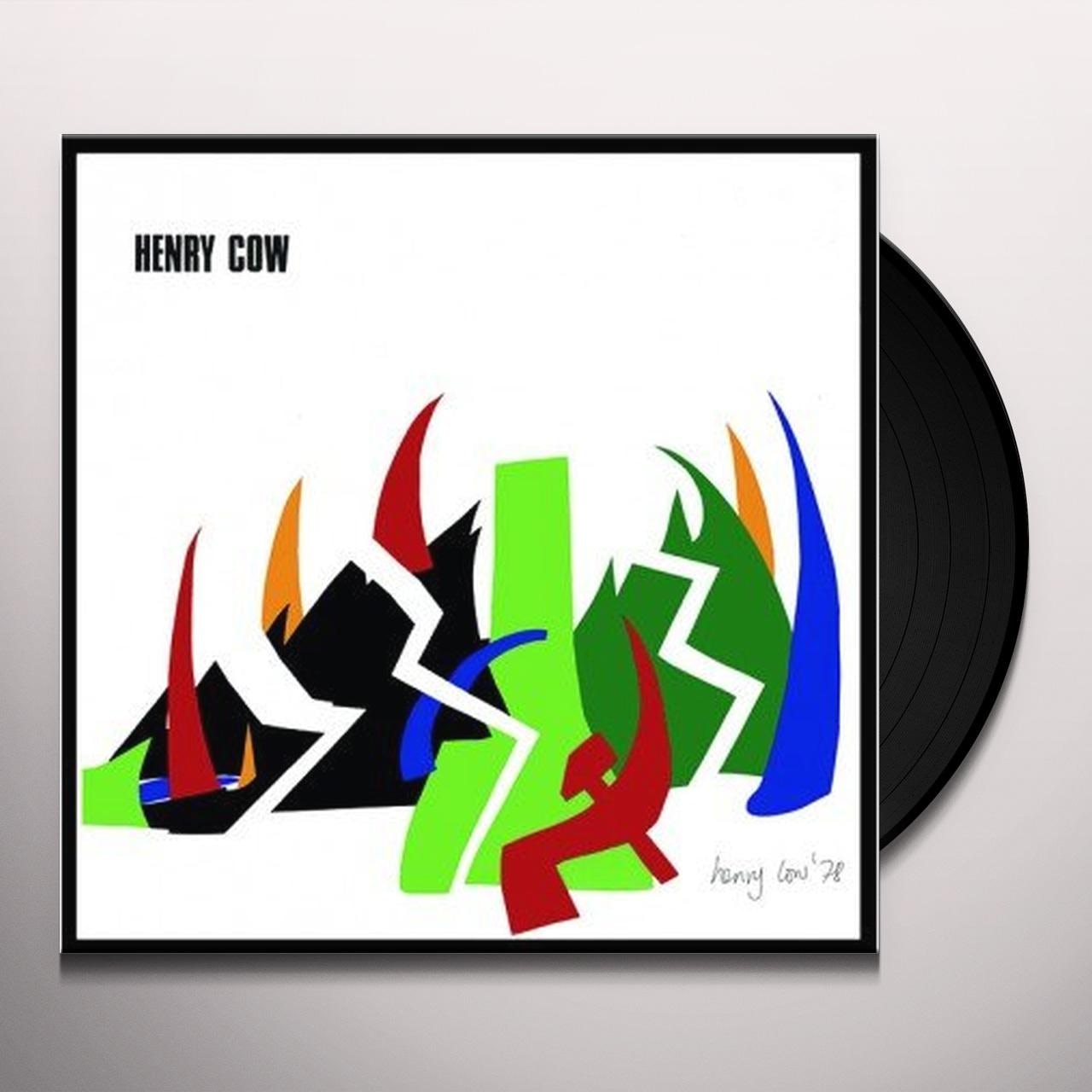 It’s difficult to imagine a group like Henry Cow existing today. Formed by Tim Hodgkinson and Fred Frith in 1968, the group lineup expanded and shifted over the years; Lindsay Cooper, John Greaves, and Chris Cutler all became key members, as did Dagmar Krause when Henry Cow merged with her group Slapp Happy in the mid-‘70s. During this time, they opened for Pink Floyd, collaborated with Robert Wyatt, toured Europe extensively and signed to Virgin Records. The latter has kept them – when they are mentioned at all – in the prog orbit ever since. While that label is reductive, it isn’t necessarily a bad way of approaching the band – they are heady. It’s more accurate than calling them just a rock group, and less academic than a term like contemporary classical. However, this last term, though not applicable to the whole of their output, is a good way to approach their final album, Western Culture.

None of the above history – and the fact that some of it was supported by public arts funding – is what makes the group and its (relative) success so difficult to imagine today. No, what makes it difficult is that all the while the group explicitly positioned themselves as having far-left politics. Members incorporated political content and practice into the working of the group from different strands of communism and feminism. This showed in the expected ways – lyrics, manifestoes – and in the unexpected. Henry Cow operated on collaboration and consensus: every member of the group had to be on board with everything the group did. For a group in the liminal space between the fringe and the mainstream, this was a bold approach. Retrospective accounts by the members – Benjamin Piekut’s book on the band is indispensable in this regard – vary on their personal satisfaction with this working method, but it resulted in a sound unlike any of their contemporaries.

It also resulted in constant conflict, which remained productive only so long as the whole held together. By 1978, the conflicts had come to a head, and the contradictions Henry Cow had thrived on could no longer be contained. The group formally disbanded, and Western Culture did not come out until 1979. In fact, it hadn’t even been recorded yet. The interregnum that passed between the band’s breakup and the making of its final album is among the more bizarre passages of its history. This is because, after calling it quits in the midst of artistic and interpersonal conflict, they went on tour.

The short version of the events that led to the anomaly of a broken-up band not only touring, but making a whole new album goes like this: Henry Cow had convened to record in January 1978 and the sessions were contentious, for aesthetic, personal, and political reasons. Reaching a dead end, the group scrapped the sessions, but this brought out fissures in their decision-making process; in something between a compromise and a seizure, Cutler, Frith, and Kraus decided to take much of the material from those sessions for an album with a new group, Art Bears – who would have two albums under their belt by the time 1979 came to a close. Somewhere in the midst of these events, the group formally ended. But, having several months of touring already booked and mapped-out, this gave occasion for further conflict. Would it be honest to go out on tour as Henry Cow when such a thing did not even exist anymore?

Not without tension, they settled on fulfilling their remaining obligations. Then a strange thing happened. Freed, in a way, from the burden of holding Henry Cow together, the tour actually went quite well, all things considered. By summer’s end, the principles – Hodgkinson, Frith, Cutler and Cooper, along with Annemarie Roelofs, who had played with them on tour – found themselves back in the studio in Switzerland that had led to the group’s demise. Because the new album would be instrumental (in reaction to the relatively traditional song-like material of the January session), Kraus was no longer involved. By all accounts, it was one of the smoothest recording sessions the band ever had, even though at that point it no longer existed.

Western Culture, far from being an undead record, is focused, bursting with the last breaths of life. The music is tight and the production incorporates all the strategies the group had learned, each instrument slicing through the mix without overwhelming the others. It is the most structured and unified album of the band’s career, too. Split into two suites, the first side was composed by Hodgkinson and the second by Cooper, marking her most significant contribution to the band.

“History and Prospects” – Hodgkinson’s suite – begins with “Industry.” The song is almost like deconstructed metal. The drums have the heavy lope of that genre (as it appeared in the ‘70s) but with the finesse and sound of jazz. While the time signature seems to slide around effortlessly, the percussion ties the other players together. The keys and guitar take turns guiding the track melodically through foreboding tonalities before bursting forth into a climactic swell that brings the track to a close. “The Decay of Cities” is led off by Firth’s Spanish-inflected guitar. The melodic motif he conjures forth is then further developed by strings, horns and woodwinds. The skittering stop-start of the middle movement gives way to a heavier section until the strings win out in the end – spiraling in air like refuse on city streets. The side one closer, “On the Raft,” is big, and brassy but not bombastic, coming off more like a Sousa march into hell.

Hodgkinson has sort-of disavowed this last piece as not living up to the quality of the players or the recording. He is of course entitled to his opinion, but it’s a stunning way to open the final album from a band that didn’t exist, and is quintessential Henry Cow. Perhaps he remembers it less fondly in comparison with Cooper’s side of the record, which is a triumph.

The second side suite, “Day by Day,” establishes tonal continuity with “History and Prospects” right away. The idiosyncratic melodies are carried forth by woodwinds and horns, with what sounds like an unplugged electric guitar chunking away instead of a rhythm section. But then Cooper displays her dynamism as a composer – in the course of the remaining minutes, the track moves from pseudo-klezmer, to sweeping rock ballad, to artsy classical, cycling between each and further developing melodic motifs throughout while doing hopscotch with time signatures. “Gretel’s Tale” opens with what at first seems a continuation of the last track’s concerns and ideas, but winds up paving the way for a barn-burning piano solo by guest musician Irène Schweizer, who crashes through every barrier erected by the formal structure of the composition and reconstructs it in new, abstract shapes. The closing minutes of the song revert to what is by Henry Cow standards a traditional melodic structure, in what sounds like a celebration of Schweizer’s coup.

After that, “Look Back” is a moment of contemplative breathing. Less than a minute and a half, this interlude prepares the record to come full circle, escalating in anticipation for its final seconds. The circle closes with “Half the Sky,” the final track and the only one on the record to be taken from the January ’78 sessions. Thus, it’s the only “real” Henry Cow track to appear on the album – that is, the only one recorded before the band no longer existed – and Cooper’s first proper composition. It’s as daring and dynamic as the other Cooper tracks. Opening with a guitar and bass duet – drums crashing in the background – it moves onto a fizzling woodwind solo held up by a bed of washing instrumentation before moving into an exultant section in 5/4, punctuated by a bar here or there in more conventional time. The whole thing ends on a high note, a piercing, scuzzy guitar playing counterpoint to the warmth of an oboe.

Western Culture would be an odd entry-point to Henry Cow. In most ways, it’s atypical, showing the group at a peculiar, fractured postmortem stage, which presented new possibilities even as the group was at its end. Henry Cow was never going to last forever, but that it lasted as long as it did – producing five albums, each great in their own way – is a testament to the force of the group’s talent and ideas. That the wreckage of the group’s dissolution produced numerous other groups, solo and side projects at least as interesting as the band itself is a testament to the fact that so many distinctive artists could not express themselves only through a collaboration that sometimes resembled a committee.

The members of Henry Cow have never run away from telling the truth about the group. This transparency was, after all, part of the whole point. Robert Wyatt has said that Henry Cow was all about “thinking.” While this might suggest the music is insular or lacking in emotion – it isn’t – a better interpretation would be that the group was always aiming for a consciousness about their art, their process and politics. They weren’t after utopia; they were looking to build something that would last longer: tools that other artists could take up and develop further. So Western Culture is not a closing statement, even as it marked the end of Henry Cow, but rather an open invitation, a demonstration of what you can make under certain conditions with certain people if you commit to each other, even for a short time. Not many bands could put a hammer and sickle on their album cover and earn it – but Henry Cow did.

Chris Corsano & Bill Orcutt: Made Out of Sound

This capacious record is a testament to the vitality of the two musicians who made it. …