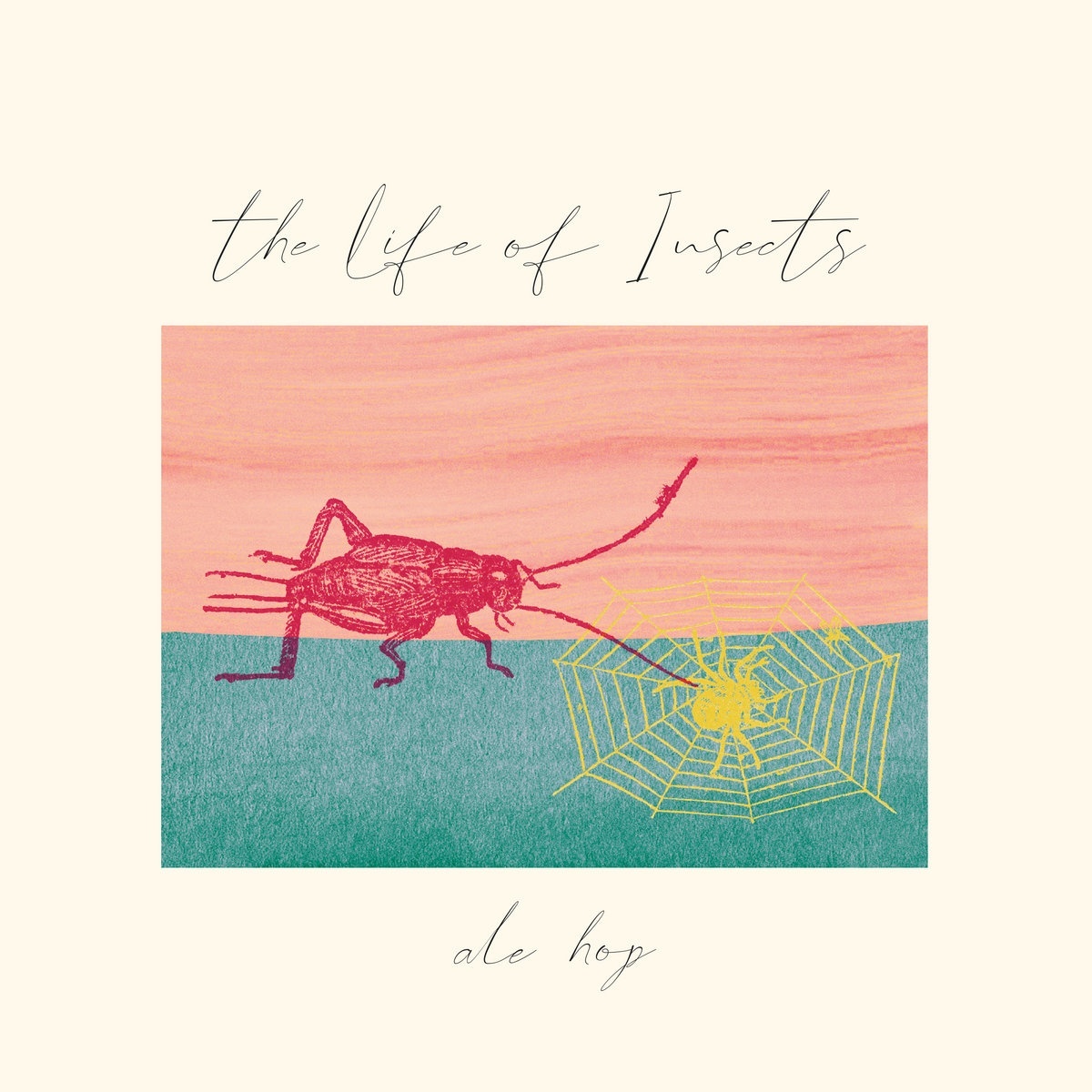 Alejandra Luciana Cárdenas, aka Ale Hop, is a Berlin-based, Peruvian-born artist, experimental musician and researcher. Among the latter efforts is a 2019 lecture that makes the sobering observation that, if the defining sound in a medieval European city was the church bell, he modern equivalent is the smartphone. So it’s apt that her fourth studio album, The Life of Insects, interprets the natural world in a way that is far from soothing. At a time when listeners longing for organic comfort in a world that seems topsy-turvy, Hop was inspired by insect sounds to create a soundscape that’s at times whimsical, alienating and strikingly beautiful.

The process is fascinating. Working on the sound design for a film project, she bought a supply of tiny noisemakers from a Berlin insect dealer. The artist built a series of miniature terrariums and populated them with the insects, which she recorded in their new habitats. But The Life of Insects doesn’t merely record her diminutive, enduring charges.

Hop describes the album’s seven pieces as “speculated narrative” and “sound stories” that suggest the creatures’ tiny lives. Going by the results, insects lead a highly structured existence, their very bodies making a strange music that might superficially resemble what we’d hear in an open field—but electronics add another layer.

Think of it as something akin to Fritz Lang’s 1927 masterpiece Metropolis, which depicted a futuristic human city. The Life of Insects offers the sounds of a primitive insect civilization as something just as futuristic. “Pollinators,” for instance, evokes the delicate, patient buzzing crucial to plant life. But it’s far from a pastoral sound: rhythmic, pounding timbres that almost sound like dull cannon fire seem to represent the reproductive act (or stinging). Skronking guitar that wouldn’t sound out of place on Metal Machine Music carries the bees along on their journey. This may seem incongruous with our experience of nature; on the human scale, these little workers are cute, fuzzy and largely benign despite the puncturing potential; but on the bees’ scale, their weapons are formidable enough to wield in a post-apocalyptic Mad Max sequel called Welcome to the Terrarium. In a similar vein, brassy opener “La procession” blasts out like a melodic air raid siren putting out a call for swarms to assemble and attack.

Yet The Life of Insects isn’t all so war-like. The title track begins with forest-like sounds that seem real and artificial at the same time; Hop’s composed rhythms carry along whatever life forms these represent, various abrupt interjections describing an unpredictable landscape of obstacles that mark an insect’s typical attempt to get from point A to B. “Someday We’ll Dance Again” is, as advertised, a kind of dance number, albeit with metallic shards of sound that conjure an unorthodox disco.

Hop’s view of nature may not be that she finds its sounds enormous and troubling. Rather, the loudness may well be her comfort zone. In a 2019 interview with Gonzo Circus, she said, “I grew up [in Lima] in politically turbulent times. A civil war was going on, and during that state of emergency it was unsafe on the streets. Sometimes bombs fell on buildings. Somehow that became part of my fantasy world as a child. It is strange to think that such violent noises sounded completely normal to me.” The Life of Insects would sound quite alarming in a woodland or garden context. Yet out of such serene environments, Hop imagines a world that’s booming and wondrous.

When one character exclaims, “Nothing is like it’s supposed to be on Earth – everything is…