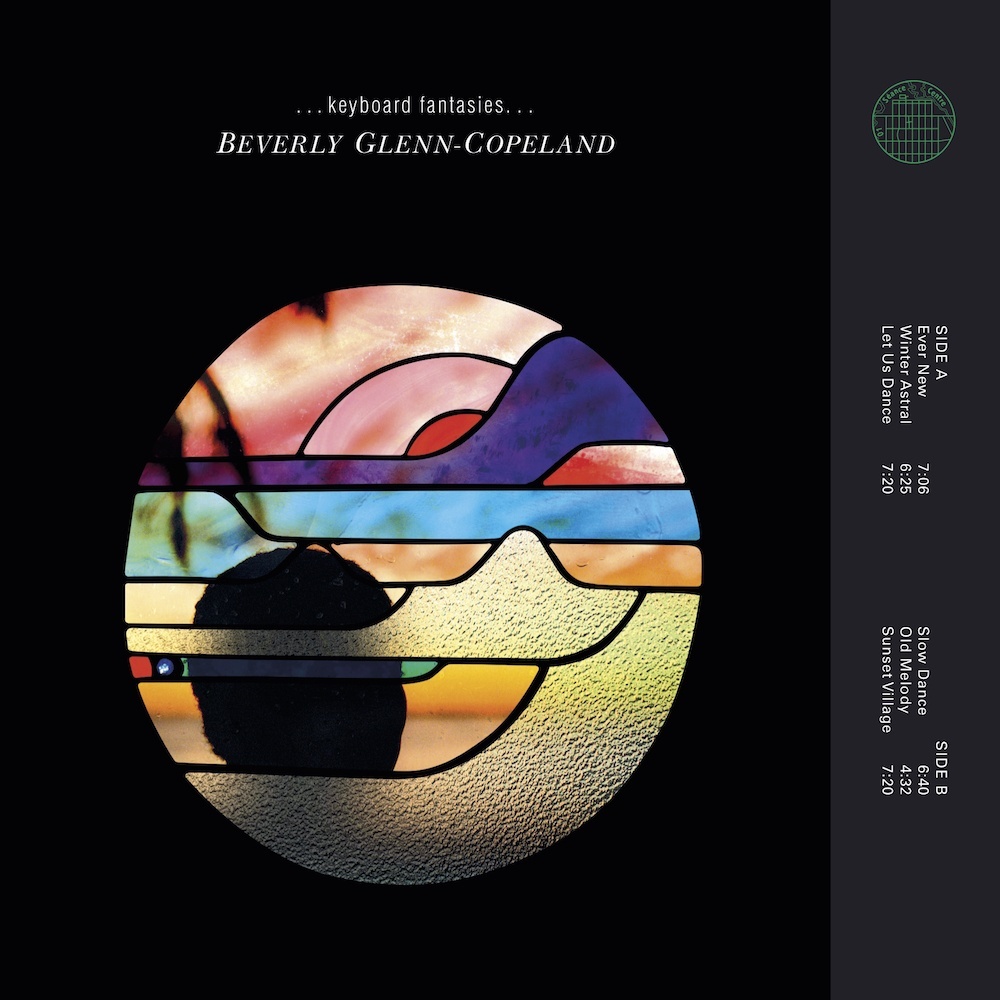 If you’re not used to the kind of sincerity and faith in goodness Beverly Glenn-Copeland brings to 1986’s Keyboard Fantasies, the experience of listening to this newly reissued album can be not just disarming but lacerating. When the Canadian coos “it’s okay” over the sparkling lights of “Sunset Village,” anyone who knows in their heart that it’s not okay—and that’s a lot of us—might tremble and become weak-kneed at the love that emanates from this music. Listeners come to this music with all sorts of problems, but Copeland’s response is permanently pressed on wax, so that love becomes unconditional.

This is the third album from an artist now in his 70s, a classically trained Canadian then more than a decade and a half removed from his last album, a self-titled folk marvel that approaches the hair-raising intensity of Buffy Sainte-Marie’s best work and is long overdue for an equally loving reissue. Given how dismally those early albums sold, Copeland could’ve coasted on his day job as an entertainer on children’s television, but in 1983, he decamped to a cabin in North Ontario—two hours from the Omemee of Neil Young’s “Helpless”—and enamored himself with a Yamaha DX-7 synth and a Roland TR-707 drum machines, which aside from his voice are the only instruments we hear here.

The album art incorporates a stained-glass window, and musically, that’s a pretty good approximation of what we hear on Keyboard Fantasies. The music has a curiously oblong quality, as if it’s made from multicolored, bounding blocks. There’s almost no dynamic range or syncopation, and it sounds drumless even when it isn’t. It’s too artificial to really evoke nature, even as the self-titled does sound like a cold night in the Ontario woods with no flashlight. But Keyboard Fantasies suffers from no dearth of majesty, and the artificial horns that introduce “Winter Astral” sound every bit as kingly as real ones.

In the impassive quality of Copeland’s keyboards is a kinship with early music, whose tools often lack the dynamic graces of Classical instruments like the piano. As modern as Keyboard Fantasies sounds superficially, it feels medieval, like these melodies were rescued from the pagan past (that one pearly, winding track is called “Old Melody” seems to invite this impression). This is sort of the inverse of a Burzum record: both use cheap, chintzy sounds to suggest the mystery and majesty of the old gods, but Copeland is concerned with invitation rather than exclusion, self-discovery rather than tradition, humanism rather than misanthropy—good rather than evil.

“Ever New” kicks off the record with a swirl of synth-dust that slowly settles into a 6/8 rhythm. Eventually Copeland’s voice enters, and he sounds awestruck, unsticking each word from the silence with theatrical majesty and the tenderest touch of vocal fry. It’s a vocal style less associated with popular music than with songs from film and theater, and it might be disarming to anyone not familiar with those spheres of songwriting, composition and performance. Listen to how the first vowel of the word “welcome” becomes a little gasp of delight. It’s not hard to imagine the words “a tale as old as time” emanating from Copeland’s mouth.

The complete lyrics of this album could fit on two sides of a Post-It, and though the content of the three vocal tracks (“Ever New,” “Sunset Village,” “Let Us Dance”) is enough to get this music filed under new age, he’s not espousing a specific dogma and never says anything anyone can disagree with. Every line is an invitation to do something or other. When he says “welcome to you, both young and old,” he’s welcoming you, and you can either accept it or not. If you don’t, you might want to ask yourself why.

Music that dares to be schmaltzy and saccharine requires more guts to enjoy, I believe, than the sickest and most corpse-infested pits of heavy metal or hardcore rap. Anyone whose self-expression is defined by negativity will wilt like a roadside flower in the presence of music like this, which exorcises evil and presents the possibility of a world where everything is good and true. That doesn’t mean that it pretends there’s nothing wrong with the world. Glenn-Copeland, a transgender man who narrowly escaped electro-shock treatment in his youth, knows better than that. It just means that it defines itself in opposition to those wrongs.

Small wonder, then, that Copeland has only become a commonly-acknowledged name in indie and experimental music circles in the last five years. Indie rock has largely forsworn badassery and sexual greed in favor of emotional vulnerability, and it’s hard to fault a collectively traumatized public for turning to astrology, houseplants and gentle sounds for comfort. But Keyboard Fantasies isn’t ambient music but an emotional centrifuge. Maybe it’s the rustling of the leaves; maybe it’s just the sound of your sins burning away.