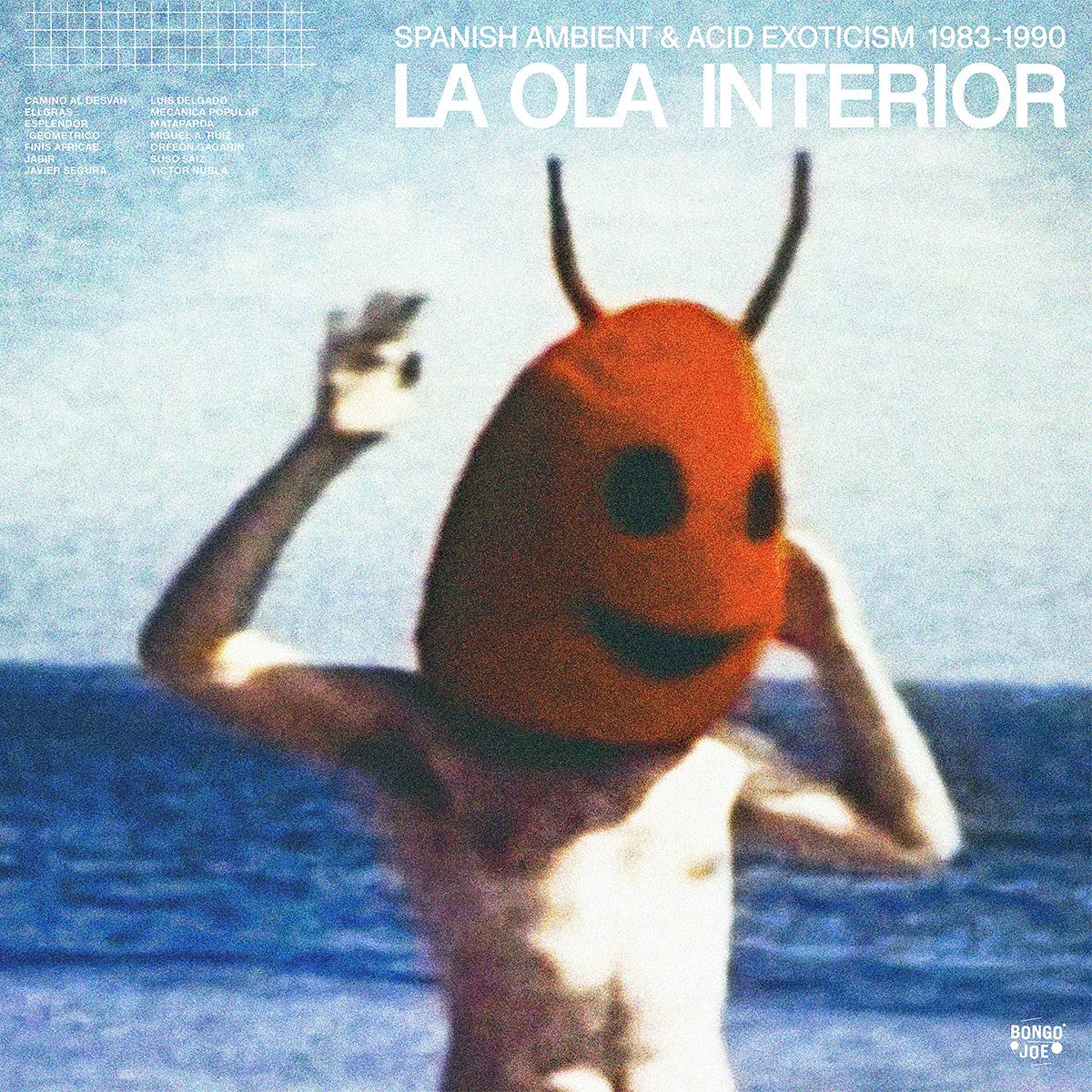 The ‘80s music scene in Spain was home to a popular dance subgenre in Balearic or Ibiza house, perhaps typified by the relatively low bpm of Soul II Soul. But in the aftermath of punk and the countercultural movement known as La Movida Madrileña, both younger underground musicians and aging hippies were at a loss to find their own footing against the commercial tide. Bongo Joe Records’ two-disc anthology La Ola Interior (The Inner Wave) samples the experimental and often cassette-based music that emerged on the fringes of the continental sound.

The set is a sequel to Bongo Joe’s 2018 comp La Contra Ola, which surveyed Spain’s arty synth-pop in the early to mid-’80s. While even that scene’s more brooding tracks, like Esplendor Geométrico’s “Moscú Está Helado” “Moscow Is Ice Cream”! had a Sprockets-like hook, this next installment features a less commercial impulse that jumped off from Brian Eno’s early ambient work and took it into a distinctly Spanish direction.

The subtitle for La Ola Interior specifies the boundaries of this project: Ambient & Acid Exoticism in Spain 1983-90. Miguel A. Ruiz’s “Transparent” opens the set in media res, the track starting with an abrupt drone that seems to be already in progress. Synth washes lightly boom, with occasional counter-melodies washing over the waves, and over the course of four minutes the hypnotic pulse doesn’t develop much past these basic elements. But the textures are rough along the edges, the loops, while not unpleasant, running a bit noisy; if ambient music is meant to be kept in the background, the lo-fi recording makes this a hair too unsettling to completely chill out.

Likewise, Camino al Desván’s eerie synth instrumental ”La Contorsión de Pollo” comes from a cassette source that fuels the electronic melody with mildly wobbling impurities. Although a meditative, minor-key piece, the title indicates a cheeky sense of humor: that otherworldly tone apparently tells the story of “The Contorted Chicken.” More ambitious are tracks like Finis Africae’s “Hybla,” which starts with a blast of exotic brass that’s a clear homage to Jon Hassell and Brian Eno’s Fourth World Vol. 1. But any derivative impulse soon gives way to something personal and idiosyncratic, with tribal-inspired percussion mixing with varied carols indeed, an elderly voice alternating with a celestial choir over a gentle beat.

This music was often packaged with forbidding imagery that ran counter to the fairly unassuming sounds: according to liner notes, graphic design for these privately-released cassettes might include “dadaist satirical parodies, derelict industrial sites, congenital malformations and photographs of corpses.” The artists played with and worked against traditional forms: another Camino al Desván track, “Adjudicado a la Danza” sounds like a vintage dance number whose haunting melody is filtered through tape distortion that adds to its drama. The synth timbres blend stringed sounds with a high-pitched crying that seems to indicate the dying breath of the old as its strangled by the ephemeral electronics of the new.

One has to give credit to Bongo Joe for resisting the urge to clean up the source material. Any audio restoration here was kept to a minimum, maintaining a level of tape hiss that keeps the music listenable but preserving enough sonic vulnerability to keep an air of fatalism hanging over these home-grown projects: nothing here sounds permanent, which makes this electronic work seem somehow warmer that the majority of ambient synth pieces. La Ola Interior walks a fine line: the music isn’t particularly memorable, but its fleeting quality is oddly moving.