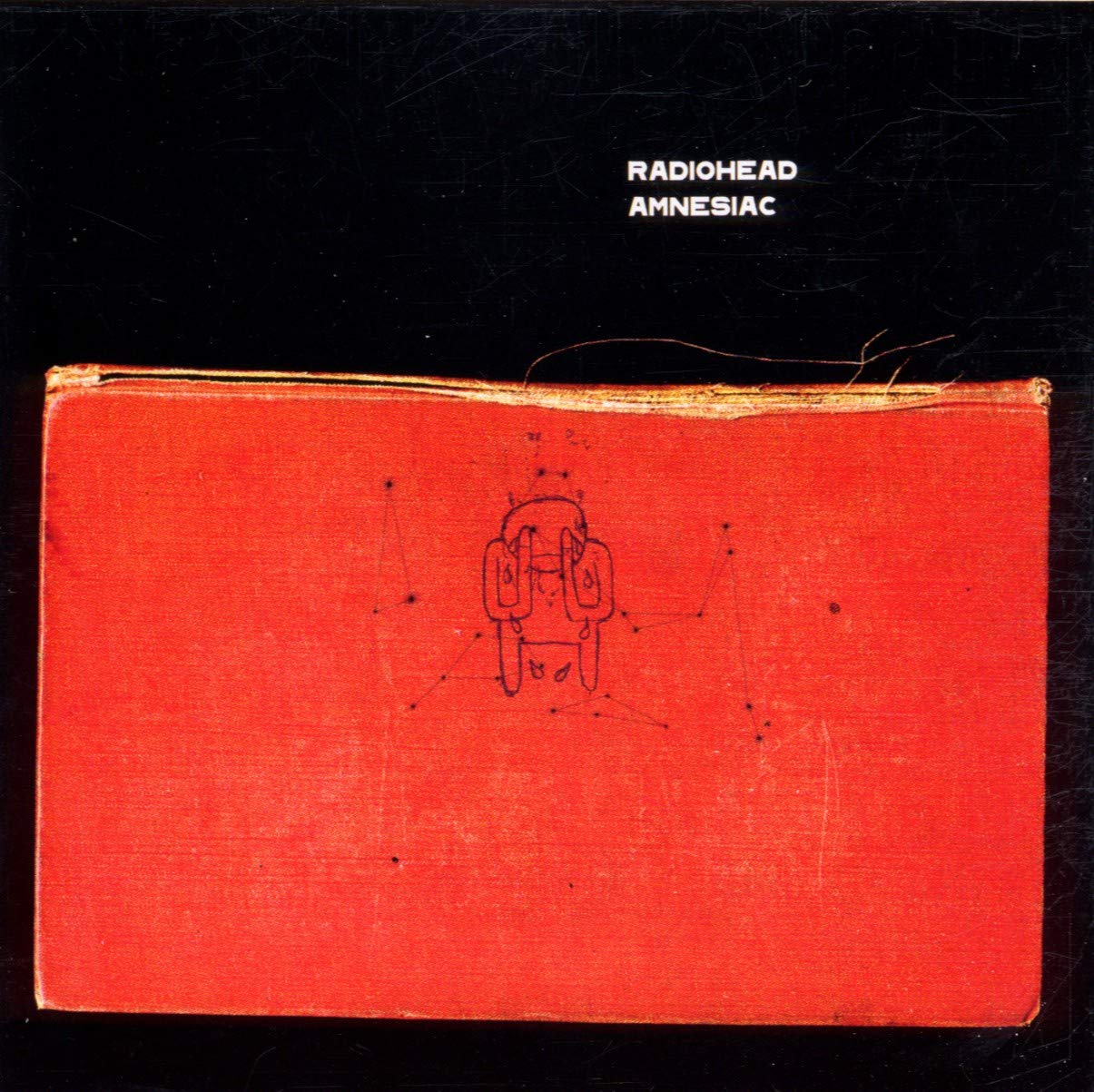 It’s impossible to separate Radiohead’s Amnesiac from its monumental predecessor Kid A. This proposition has caused grief to hordes of critics and superfans alike since the album was released two decades ago. Radiohead’s fifth record was recorded in the same studio sessions and released just eight months after Kid A, and yet one of the most surefire ways to make enemies on a music forum is to post on r/Radiohead that Amnesiac is a collection of outtakes. Today the album sits at the midpoint of an illustrious career, and the 20-year mark is as good a time as any for a PSA that will enrage Radiohead’s legions of superfans: Amnesiac is just a bunch of B-sides. And it’s all the better for it.

The argument that Amnesiac should stand as its own album independent of Kid A rests on one extremely compelling and valid point: It’s a damn good record. Take the album’s opening and closing pairs of songs. “Packt Like Sardines In a Crushd Tin Box” is an irresistible industrial groove whose clanging beat and robotic blips sound like they’re being manufactured by factory machines as Thom Yorke insists “I’m a reasonable man, get off my case,” the first of many instances in which Radiohead makes paranoia a reason to dance. “Pyramid Song” follows, making a case for Best Radiohead Track Ever with its mystifying piano chords, Jonny Greenwood’s breathtaking string arrangements and Yorke’s crooning falsetto. Thom sings “There was nothing to fear,” but a wailing siren in the periphery disagrees before the track launches into drummer Phil Selway’s syncopated jam and builds to a cinematic climax. Haunting and unsettling, yet warm and beautiful, this is Radiohead doing what they do best better than they had ever done it, and this one song continues to inspire the band’s strongest material (see 2016’s A Moon Shaped Pool).

At the other end of the record, “Like Spinning Plates” is simultaneously disturbing and awe-inspiring with its sweeping synth effects and Thom mourning his own gruesome death as he describes “My body is floating down the muddy river.” His voice seeps into the cracks of the music, a remarkable effect achieved with a reversed recording of backwards singing that sounds like a computer developing artificial intelligence. It’s a song unlike any other in how it captures the feeling of traveling both forward and backward in time. Closer “Life In a Glasshouse,” on the other hand, is Amnesiac’s most human track, a big band funeral dirge complete with somber horns and woodwinds and elevated by a tragic finale of Thom’s pained, cracking vocals crying “only, only, only.”

And yet, despite such high quality throughout its tracklist, Amnesiac falls short in ways that make it feel like the tattered notebook on its cover. Several tracks feel like mere sketches, such as the glitchy “Pulk/Pull Revolving Doors,” on which Thom lists various kinds of doors for four minutes over static electronics, and the brief “Hunting Bears,” a wandering riff on a Brian Eno track and a rather pointless interlude. We even have an alternate cut of the Kid A track “Morning Bell,” a drugged out version that sucks out all the tension and dramatic build-up of the original. No other Radiohead album has a cover or a redo, and the result is a tracklist that feels like a haphazard day of recording in the studio.

Even the record’s best songs feel thrown together, a total abandonment of the band’s knack for compelling album flows. The orchestral “Pyramid Song” feels shoehorned between the electronic “Packt” and “Pulk/Pull.” The raw and abstract interlude “Hunting Bears” sits right where the album’s climax should be and sets up a jarring transition to the devastating “Like Spinning Plates.” There really isn’t a single satisfying segue on Amnesiac. Maybe this was Radiohead’s way of creating the scatterbrained aura of its titular memory-loss patient, but for a band that usually excels at track sequencing, the album feels more like Thom Yorke and co.’s sketchbook during the Kid A sessions.

This is what makes Amnesiac so great though. Radiohead’s fifth record is the unique peek into a typically secretive band’s creative process that only a B-sides album could provide. The group’s influences, which expanded vastly during the recording of Kid A, are far more obvious and distinct on Amnesiac than on its predecessor. The jazz chord progressions, standup bass and muffled vocals on “You And Whose Army?” evoke the doo-wop sound of the 1940s, and the bass heavy, anxiety ridden “Dollars and Cents” is a pure krautrock jam. Radiohead even brings in the Humphrey Lyttelton Band to give “Life In a Glasshouse” its New Orleans blues style.

Radiohead’s biggest influence, though, has always been themselves. Over the past 20 years and four album cycles, Amnesiac has proven to be full of references that allude to this fact and demonstrate that the record is best viewed as a depiction of the band’s workflow. The chord progression of “Knives Out” was borrowed directly from OK Computer’s “Paranoid Android.” That album’s 2017 re-release revealed that the chiming beeps scattered throughout “Pulk/Pull” were sampled from an early version of A Moon Shaped Pool’s “True Love Waits.” “Like Spinning Plates” is a reversed recording of Hail To the Thief’s “I Will.” Hints of old, new and unreleased tracks are a staple of any Radiohead album, but such Easter eggs are the most natural and fun on Amnesiac because they align with the record’s outtakes structure.

With some of Radiohead’s best tracks and a rare peek into the studio sketchbooks of the band, Amnesiac stands today as a truly unique and thrilling experience among the band’s discography that is a must-listen for superfans and casual listeners alike. Two decades after its release, it’s time to recognize that Amnesiac is a masterfully produced and illuminating collection of B-sides, and it’s all the better for it. Now, I better hide before the r/Radiohead moderators find me.