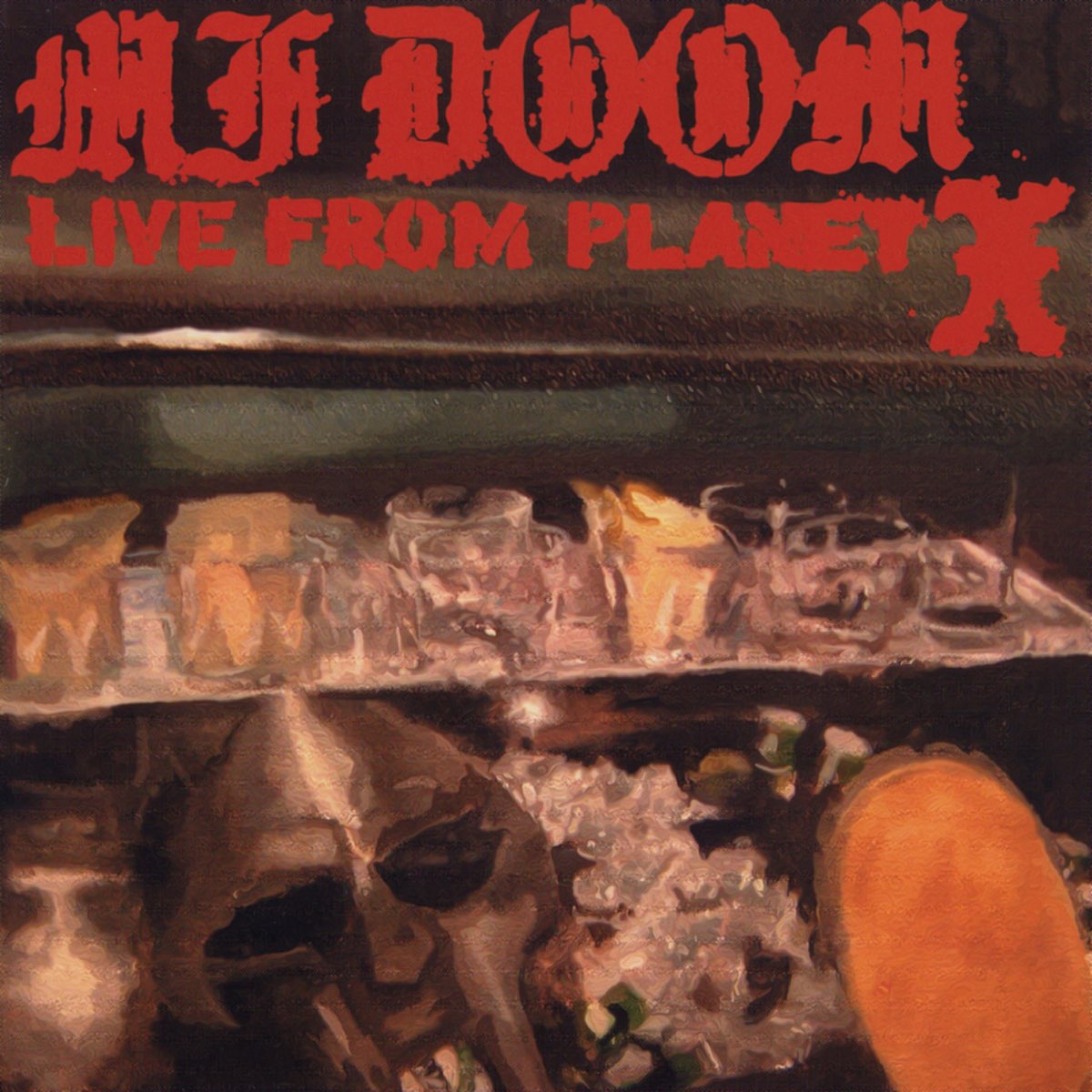 It is now (as it should be) pro-forma to place rappers alongside poets as writers worthy of textual analysis. And while it’s maybe worth making a distinction in our modern context between words that are meant, in the first instance, to be sung or spoken – that is, heard – and those meant to be read first, the voice is the medium from which all poetry (indeed, all literature) is descended. The only thing I really remember from the first poetry writing class I took in college is the professor saying Eminem was our greatest modern poet. But go read his lyrics – there’s not much happening on the page. Agnostic as I am on Em, it’s in the delivery that the words come alive. Daniel Dumile and his mask(s) are another matter entirely, though. As poetry retreated into the academy or into the world of the private and confessional, rappers like DOOM kept the language fire burning by just having a blast messing around with words.

The chorus of “Doomsday,” oft-repeated when the news of his death broke, is a perfect example. Stuffed with rhymes and alliterative echoes, fiercely metrical, but trickily so – DOOM switches tact as fast as the ear can hear it, though your tongue might get twisted. In an interview with Ta-Nehisi Coates, DOOM said “ever since third grade, I had a notebook and was putting together words just for fun,” and this explains both the density of his lyrics and their lightness. And on record, coupled with his inimitable delivery, the poetry finds its fulfilment. Or, as DOOM put it elsewhere: “better rhymes make for better songs.” But you’re looking for a weakness – this is a supervillain we’re talking about, after all – and maybe you’re thinking: as dense as the bars are, and as precise as the delivery has to be, there’s no way DOOM pulled this off at shows. But Live from Planet X exists to prove the doubters wrong.

Recorded in January 2004 and released the next year – only after he had dropped three studio albums, two of which are certified masterpieces – Live from Planet X laces 15 songs across less than 40 minutes, with hardly any time for DOOM to take a breath. The show sounds like a continuous medley, and on whatever platform you listen to it, you won’t find track breaks. Contemporary reviewers got annoyed at this choice – but they confused a statement of intent for a mere inconvenience. From the opening mic-check moments until DOOM walks offstage to the imperial march of “The Fine Print,” the album is a non-stop onslaught. While DOOM’s flow on studio albums is sometimes lauded for its laid-back quality, there is an intensity to his delivery here. He knows exactly how hard his shit goes. It’s the difference between a supervillain calmly telling you his plan and then actually executing it.

Live videos from the period give you an idea of DOOM’s stage presence. Here, in a t-shirt bearing his name, he stalks the stage, reeling off lines with his finger as he jumps through vocal hoops. Here, he walks on with absolute confidence as Madlib queues up the “Accordion” beat. He knows when to play to the crowd and when to kick back and enjoy the adulation. Surrounded by hype-men – an indulgence he eschewed at his solo shows – he regards them as any arch-villain would regard his henchmen: a necessary evil, at best. When he performs “Accordion” on Live from Planet X, he reacts to the opening instrumental with a chuckle and an “oh shit.” The crowd has no idea that they’re about to hear a classic. They “don’t know about this . . . Madvillain shit” – but they will.

Planet X is the name of a cheap paperback novel from the late 90s that sees the crew from Star Trek: The Next Generation meet up with the mutants of Marvel’s X-Men. Given DOOM’s love of both comics and Star Trek, it isn’t out of the question he had read the thing, but more to the point, Live from Planet X serves as a similar kind of crossover. Here, almost all of Daniel Dumile’s personas are represented, but MF DOOM rules over them all – his signature mask something like a crown.

And the mask is key. In that Coates interview, DOOM says he “wanted to get onstage and orate, without people thinking about the normal things people think about.” So, he threw on a mask, which allowed him to be, not a man with a biography, but a villain with a backstory. In later years, it wasn’t even always Daniel Dumile behind the mask. One time the crowd booed the imposter off the stage before getting the “real” DOOM to come out and perform. Another time, the man behind the mask was revealed as Hannibal Burress. Fans took to calling these poseurs “Doomposters,” but they missed a trick here given that DOOM’s comic book namesake already had “Doombots,” robot versions of the villain sent out to misdirect enemies and protect the fiend himself. That misdirection and prankishness is certainly part of what DOOM had in mind when he orchestrated these events. But as Coates writes, DOOM joked that he would “like to dart backstage after a performance, take off the mask, and then wade into the crowd—beer in hand—and applaud his own work.” By removing himself from the equation, the trappings of celebrity could fall away and all that would be left was the art.

Fans who got mad at being “ripped off” when a Doombot took the stage forgot they were showing up to see a supervillain. In a way, DOOM was giving them a lesson in the parasocial relationship between artist and audience, but the DOOM on Live from Planet X is the real deal, and he has nothing but love for the crowd. You can feel the electricity in the room as he asks them if they bought Operation: Doomsday and gets an ecstatic response before launching into “Doomsday.” He affects a sneer on “Gas Drawls” that’s akin to mugging for the camera. The off-key interpolation of “I Get a Kick Out of You” he opens “One Beer” with is pure joy. Crowd noise is thankfully kept low in the mix, but you get enough of the room to know that as you listen, you’re losing your mind at the same places everyone else was.

On Live from Planet X, DOOM sounds like he’s on top of the world, and he was – even if he was the only one who knew it. This is what happens when you have released some of the best albums ever made, but have two even better ones in your back pocket. If DOOM’s reputation wasn’t secure when he performed the show documented here, it certainly was by the time the recording was released. There aren’t many live hip-hop albums, and still fewer good ones – DOOM gave us one of the best and it’s a footnote only because it came at the end of the best year of his career.

NehruvianDOOM isn’t going to be anyone’s favorite DOOM project, but it does give us a glim…