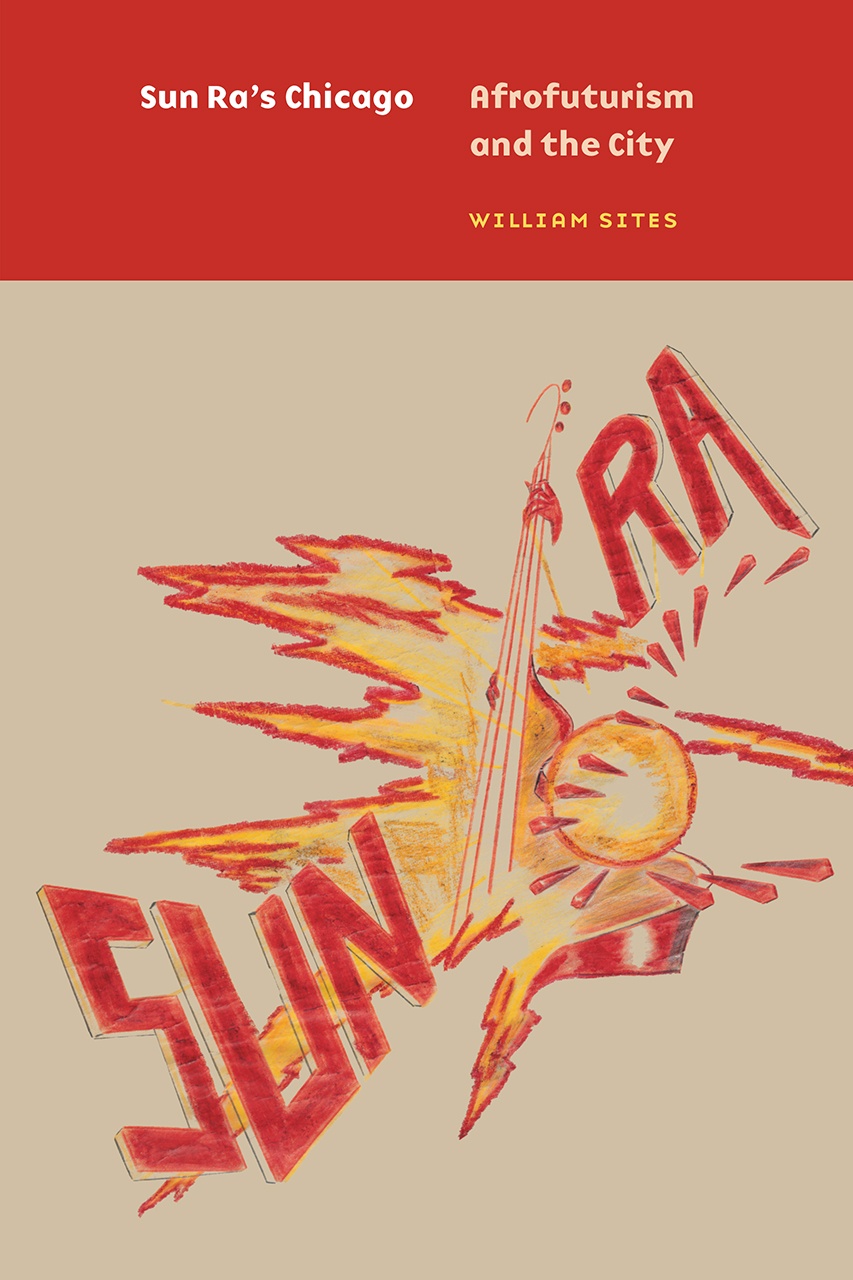 William Sites’ fascinating and thoroughly readable academic study Sun Ra’s Chicago: Afrofuturism and the City suggests a rewrite of a favorite Sun Ra lyric: “We travel the spaceways/ From city to city.” An associate professor in the School of Social Service Administration at the University of Chicago, Sites makes the engaging argument that the idiosyncratic jazz legend’s penchant for interplanetary journeys and African American utopia was in fact inspired by urban life right on Earth.

Ra was born Herman Poole Blount in Birmingham, Alabama in 1914, and he grew up a block away from the city’s then-new Terminal Station. While the steel-and-iron town may not seem to be the most inspirational location, the excitement of train travel was clearly in the air and in the young Blount’s mind; even more so was a huge illuminated sign welcoming visitors to “The Magic City,” which Ra took as the title of one of his ambitious early masterworks.

Blount benefited from music education at the inauspiciously named Industrial High School, thanks to printing instructor/working bandleader John T. Whatley. Fess (short for Professor), as he was called, instilled a discipline that led his charges to go on to play for Duke Ellington and Benny Goodman, and in a segregated economy gave Black musicians access to white audiences. Blount thrived under Whatley, developing musical and leadership skills that he would take on the road in his early orchestras and eventually distill upon the jazz acolytes who would travel with his fabled Arkestra.

The journey to other planets began with the road north to Chicago, where Blount landed in 1946. While Birmingham had been a hotbed of live entertainment from vaudeville and blues and jazz musicians, Chicago’s South Side was even more so, and the variety of musical and experience in even such a segregated city would fuel Ra’s lifelong embrace of everything from pop standards to his own free-form explorations.

With a career as vast as Ra’s, and a lifetime that spanned much of the century, studying his life and music leads one to nearly every aspect of being, from high to low. Ra’s Chicago was a city of conflicting ideas: philosophical, religious and political, and unconventional thinkers of all stripes descended upon Washington Park to hold court and proselytize. It was in this metropolitan stew that Herman Blount became Sun Ra. His values took shape and were manifested, in a wordplay that never left him, in broadsides that he and longtime business partner Alton Abraham developed. A typical broadside might take from the Old Testament, African myth and popular song lyrics to teach about Black history and make a call for discipline and autonomy.

Chicago was also a city of vice; Chicago’s Calumet City neighborhood became as equally known for strip clubs as for jazz musicians, including Sonny Rollins and Clifford Jordan among many others. Cal City is also were Ra may or may not have encountered a pair of unlikely cohorts Tura Satana, the Japanese American actress best known for Russ Meyer’s Faster Pussycat! Kill! Kill!, was a regular performer in the neighborhood, though no direct connection to Ra is made. On the other hand, one anecdote suggests that on one Calumet City night Ra played piano – and made a reluctant fan of – insult comedian Don Rickles.

How is the visionary musician to cross the bridge between the high ideals of Black advancement and the cesspool of Earthly temptation? Through the highly regimented, vivid showmanship of a traveling Arkestra led by someone who claimed to be from another planet. The concept of the Arkestra was formed in a mid-century culture caught up in a space race that threatened to be a competition between world powers. But even though one popular sentiment in Black Chicago was a racial separatism promoted by the Nation of Islam, Ra’s utopia was more inclusive, his career spent following his own star and honoring not only Black artists like his early mentor Fletcher Henderson, but such mainstream entertainment as Walt Disney. You see, to a space traveler, one imagines Ra saying, it’s all part of the journey, no matter what divided faction or troubled planet it comes from.

Sun Ra’s Chicago is a must-read for fans of the musician and his city. But if anyone unfamiliar with either should be so inclined to embark on a new journey with this book, oh the places it will take them.