May 09, 2021
Home Music Revisit: Coldplay: Viva La Vida or Death and All His Friends 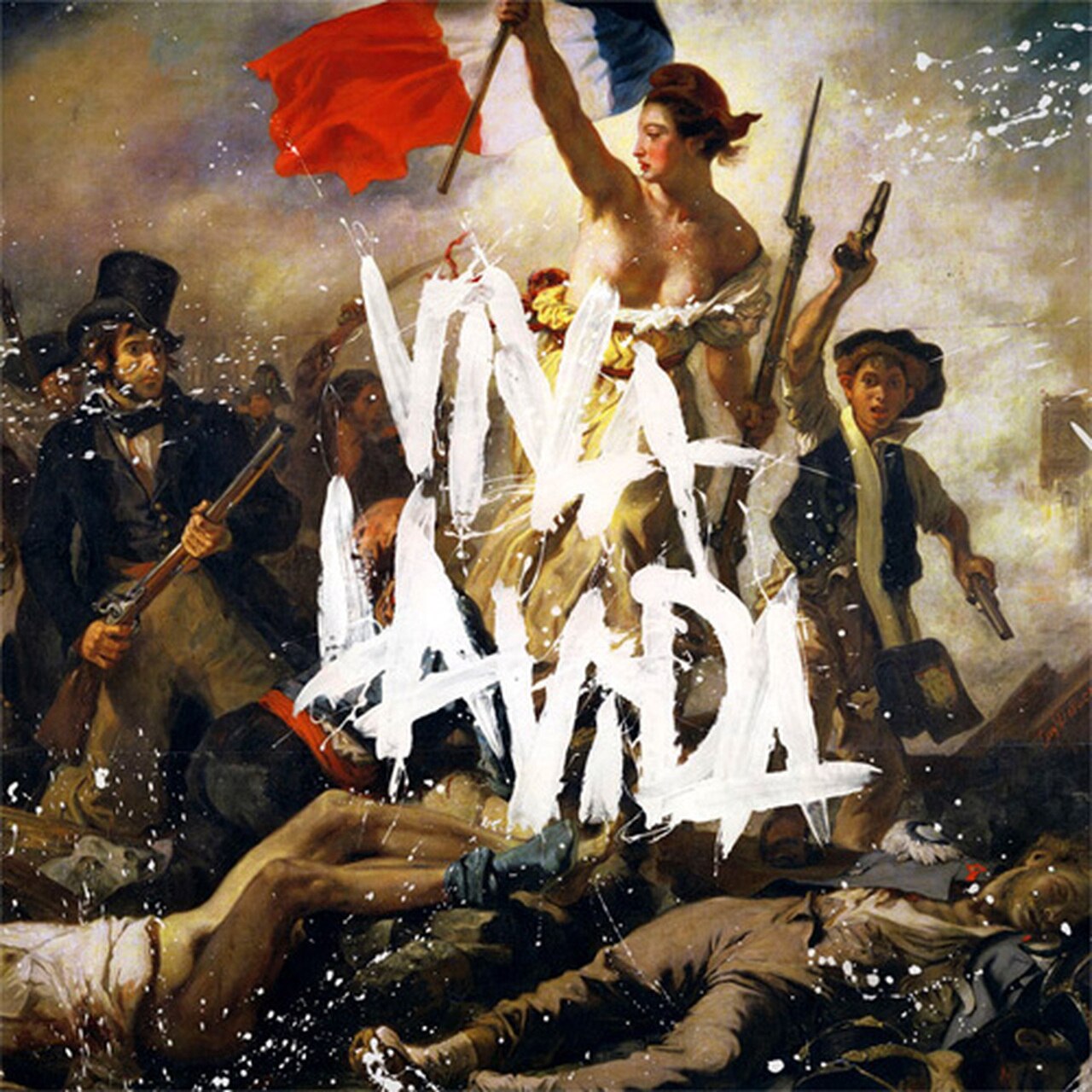 Coldplay has always known how to appeal to the masses. All of their albums since their post-Brit pop soft rock debut Parachutes have come with their own global mega-hits, most of them emotional stadium anthems that don’t really say much of anything. The debate over whether this makes Coldplay an essential pop group or an insufferably vapid snoozefest is one that will rage on until the band calls it quits, and in 2005, it looked like the latter would be the band’s legacy. Coldplay’s third album X&Y was bloated and repetitive, a lightweight U2 imitation that pushed only to fill the stadiums they had recently begun selling out. Three years later, though, Chris Martin and his band released the perfect Coldplay album.

Viva La Vida or Death and All His Friends succeeds in everything that it tries to do. At ten songs in 45 minutes, the album is the lightning-in-a-bottle strike of an ordinarily clumsy and inconsistent band suddenly hitting their stride. It’s so rare for any artist to achieve their fullest potential in one project as efficiently as this, and yet the best-selling album of 2008 has flown under critical radar because of its popularity. Coldplay has been so often criticized for not being Radiohead or U2 that their identity-defining masterpiece has been virtually left out of the discussion. Viva deserves recognition, so let us embark on what would be career suicide for a Pitchfork writer: a rave Coldplay review.

Martin and co.’s fourth album opens with an entrancing, shimmering ambient passage from producer and Brian Eno protégé Jon Hopkins. The motif would later be featured as a full-length track on Hopkins’ breakout album Insides, but here it’s an awakening, ushering us into a world immediately different from any previous Coldplay record. This is the first example of what has become one of the group’s greatest strengths, a humble instinct for calling on specially skilled collaborators to fill gaps in their own unremarkable technical abilities (see 2014’s Avicii feature “A Sky Full Of Stars”). “Life in Technicolor” breaks out into a cathartic guitar-driven instrumental anthem. On Viva La Vida, Coldplay finally learned how to get out of their own way, and the album’s soaring opener is one of the strongest examples of this lesson.

“Cemeteries of London” is at once intense and ethereal, with its heart-racing three count and driving bassline underscoring an atmosphere of reverbed vocals and pulsating guitars. Coldplay masterfully uses their guitars for ambience, doing right by dream pop inspiration Slowdive. The core of the track is a tight three minutes, notably improving on the overlong cuts throughout X&Y, and a somber piano outro provides a perfectly placed breath before the massive “Lost!” This much organ shouldn’t sound this good, but Brian Eno and Markus Dravs’ mixing of the song’s signature instrument with heavenly backing vocals and stadium-filling guitar somehow gives Martin the space to sing where lesser Bono impersonators would choose to belt their lyrics instead.

The first of “42’s” two parts is the closest we get to X&Y’s piano balladry, but a subtle use of strings and a persistently unsettled chord progression makes this far more interesting than anything on that record. The track doesn’t linger in this space but rather transitions to a jam that breaks out further into an invigorating rock passage. The following “Lovers in Japan” is similarly segmented as Coldplay continues to experiment with song structure, opening with a huge and uplifting anthem elevated by more soaring ambient guitar effects and closing with an intimate piano tune flavored by distant guitar strumming. “42” and “Lovers in Japan” mirror each other beautifully in this respect, bring into focus Coldplay’s newfound knack for album flow.

“Yes” is perhaps Coldplay’s most experimental song, with Martin singing in his lower register over heavy guitar riffs and screeching, dissonant string flourishes. It’s maybe the only time the band has ever sounded gritty, managing to sell Chris Martin’s cries of “I’ve become so tired of this loneliness.” This song too offers up a second part, the hidden track “Chinese Sleep Chant,” three minutes of shoegaze bliss. It’s a whirlwind of slightly off-kilter guitar, cymbals and ethereal vocals that pays a loving tribute to My Bloody Valentine. Coldplay was bold enough to imitate a style that should have been way above their skill level. They absolutely nailed it.

The album’s point of highest energy leads right into hit single “Viva La Vida.” Sweeping strings are used for both melody and ambience, and Martin sings of a fall from grace with imagery of castles standing on pillars of salt and sand over rolling drums and church bells. This visceral depiction of such a deep-seated and universal fear is the essence of why Coldplay’s music has touched so many people around the world. The album, nay, Coldplay’s entire career was building up to this stadium- and heart-filling anthem.

“Violet Hill” is as heavy as “Yes” and as visceral as the title track with its siren-like guitars and cries of “If you love me won’t you let me know?” “Strawberry Swing” follows as its tearfully joyous counterpart. Fingerpicked guitar lines dance in a gorgeous choreography reminiscent of Radiohead’s twinkling “Let Down” as Martin sings nostalgic lyrics describing memories of sitting and talking. Cellos and a simple beat drive the song towards an acoustic minor chord bridge before arriving at a euphoric outro. Overlapping, looping lyrics brilliantly create the sense of drifting away as Martin wistfully sings, “Without you it’s a waste of time.”

Viva closes with the epic “Death and All His Friends.” Martin trades verses of escape with a simple guitar solo over tender piano chords, almost mumbling “Away over on the rooftops, let’s get married.” The track takes a similar course to “42,” blossoming into a piano and guitar driven jam before breaking through with an enormous climax. Here and throughout the album Coldplay takes several minutes to immerse us in their soundscape without the distraction of lyrics. Martin takes a wise and ego-less step back and opts for subtlety over performance, a stark contrast from every other Coldplay album that ironically comes across as more confident than ever.

At every turn Viva La Vida or Death and All Its Friends accomplishes exactly what it’s going for. It’s the sound of a band realizing their fullest potential by fixing the mistakes of their previous works, experimenting and trusting themselves. The album closes as it opens with a Hopkins instrumental, but this time Martin sings softly over the ambience, remarking “In the end we lie awake, and we dream of making our escape.” Vague themes of life, death, love and revolutions paint Viva La Vida, but in the end the album is simply music as escapism, achieved by a refusal to falter in its aspirations. Such a comprehensive fulfilment of one of music’s most universal goals is certainly worth celebrating.