May 09, 2021
Home Music Discography Discography: MF Doom: The Mouse and the Mask 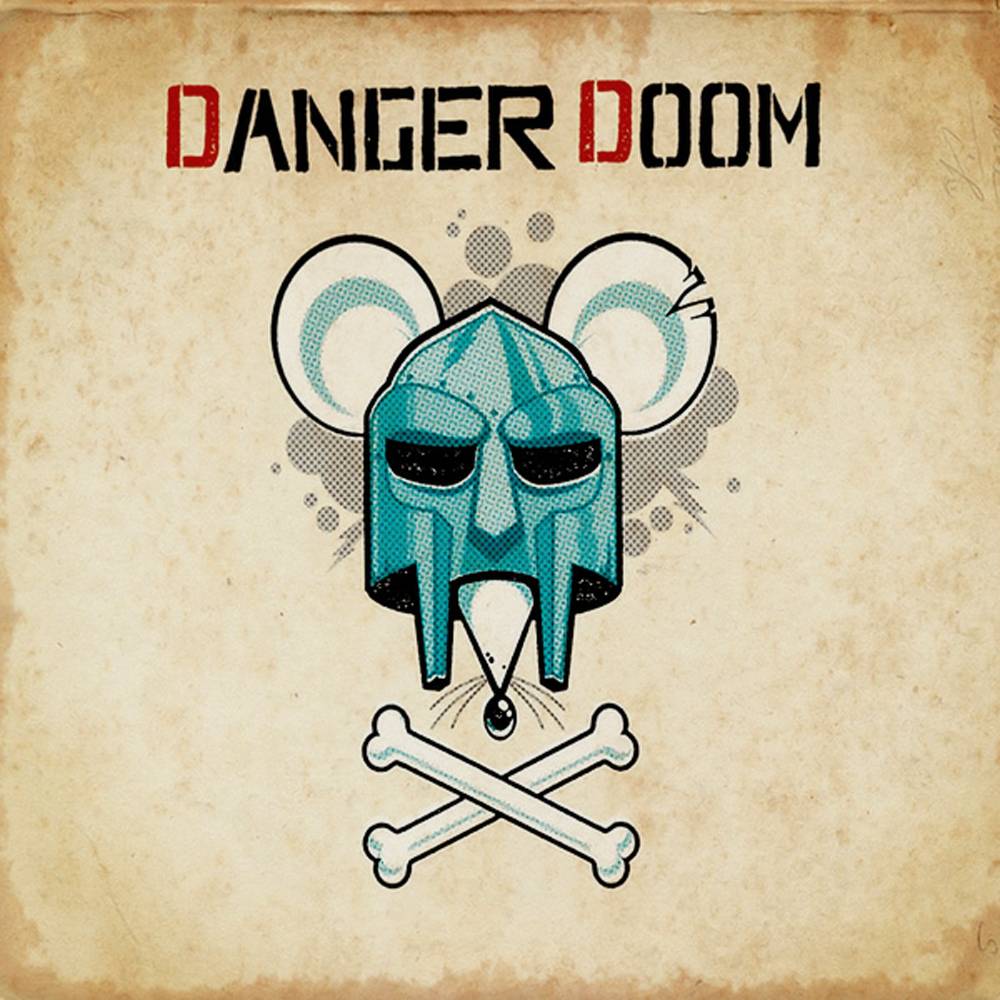 The Mouse and the Mask is a shamelessly commercial project redeemed by the sheer strength of its performances; it is so, so much better than it needs to be. Given the blowsy cash-grab verses MF DOOM was prone to in his latter years, it begs the question: why is it so good? The easy answer is that DOOM was drawn to a project celebrating the cartoons he loves. Producer Danger Mouse had already been working closely with Cartoon Network when he pitched the idea of an album built around beats made from samples of shows from its new programming block Adult Swim. Adult Swim boss Jason DeMarco had to agree.

All three parties were hot shit at the time. DOOM had come off Madvillainy, the rare rap album to get written up in The New Yorker, and the solo triumph Mm.. Food. Brian “Danger Mouse” Burton had scared the crap out of everyone with the brazen possibilities of sampling by mashing up Jay-Z and the Beatles The Grey Album; that’d gotten him a gig producing Gorillaz’ mega-platinum Demon Days, and “Crazy” was on the horizon. Adult Swim had just revived “Family Guy,” cementing itself as a cultural entity, and was now preparing to become one of the most influential entities in the last 15 years of left-field hip hop—first through this and Shinichiro Watanabe’s anime soundtracks, then through Flying Lotus’s bumper music and its Williams Street imprint.

DOOM was the last piece of the puzzle to come together, and I wonder if even Burton and DeMarco were surprised by the game he brought to this project. He is so, so on. This is the dizzying DOOM of Madvillainy and Mm.. Food, an MC who comes up with combinations of words you feel like an idiot for not having thought of before even while acknowledging the man on the mic as one with godlike skill. And I wonder if the other reason he’s so good here is because he knew he could be, and because it tickled his ego to bring such heat to a project that doesn’t particularly require it. This is the same instinct that led Marvin Gaye to make a masterpiece as part of his divorce settlement.

One of the first lines on the album is a diss towards his old crew Monsta Island Czars, whom he refers to as “Midgets Into Crunk” (he is not kind towards the differently abled, and the Bush era’s most popular “r” epithet flies around like a spitball here). His new fans would not have much interest in his bad blood with less famous and gifted rappers. But DOOM uses his newfound clout as leverage, implicitly bragging about his platform while making sure his former pal MF Grimm is humiliated in front of as many people as possible. He’s not afraid to get personal here, and as in all his work, his dark days on the streets of New York post-KMD haunt his raps. “Out-sly a fox for a chicken pot pie/ Thinking outside the box” is a technically dazzling combination of words and a great boast, but if you interpret it literally, you’re left with an image of a man fighting off an animal for food.

But the jaded misanthropy that characterized so much of DOOM’s work before is mostly absent. He sounds energized and alive, and even if he got paid extra to rhyme things with “Harvey Birdman” it’s still a treat hearing his tumble of words eventually wrap up neatly into the name of a cartoon character or a show. On “Sofa King” and “Basket Case,” there are shades of ODB in both his zeal and his self-mythologization as an indestructible nutcase with an inexplicable way with women. He’s funny when he brings up the logical implications of being a supervillain (“saw the mask, looked like she saw a roach”), but as always, he never talks about doing any supervillainy—just about how being a supervillain makes him feel.

On Mm.. Food, the endless skits served a purpose in filling in the world in which this weary man existed: sure, he was feared by world leaders, but he mostly just wanted to get his rocks off or go to bed. Here, the skits serve only one purpose: to promote Adult Swim and its flagship cartoon “Aqua Teen Hunger Force.” The skits go on forever in toe-curling voice-actor registers. Who thought anyone would want to hear the album end with two minutes of a talking meatball gargling the lyrics to “Beef Rapp?” The already-lean album would run a little over half an hour if you just snipped Master Shake and Meatwad out. You don’t blame DOOM for not taking Shake’s angry calls after a few tracks.

Danger Mouse’s work is not quite as dazzling as DOOM’s, which isn’t to say he does a bad job. He just does a very competent one. His beats sound a little like DOOM’s own, as collected on his Special Herbs series, probably because they both sample liberally from cartoons. Unlike the dragging curtains of headshop atmosphere Madlib brought to Madvillain, Burton’s beats are blocky, jerky and rigidly quantized. They don’t create an atmosphere but a platform for the villain whose show it really is. He understands the assignment, you could say, even if it means bringing Cee-Lo Green aboard for the kind of horror-piano creepy-rap that Eminem made popular and that still inexplicably endures (“Benzi Box”).

I hope everyone involved did massive lines of blow on the night this album came out. They deserved it. But DOOM disappeared for a while after The Mouse and the Mask, despite all logic favoring that one of underground rap’s brightest stars would make the leap to the mainstream. Maybe he was scared of the industry fucking him over again, maybe he was out of ideas, maybe he just didn’t think it was worth it to devote this much energy to a mercenary project from then on. A world in which DOOM competed with Kanye West and 50 Cent for chart supremacy would be a fascinating one indeed. But it’d be less characteristic for the masked man than sharing a knowing look with his compatriots at the release-day party before disappearing out the back door into the dark of night.