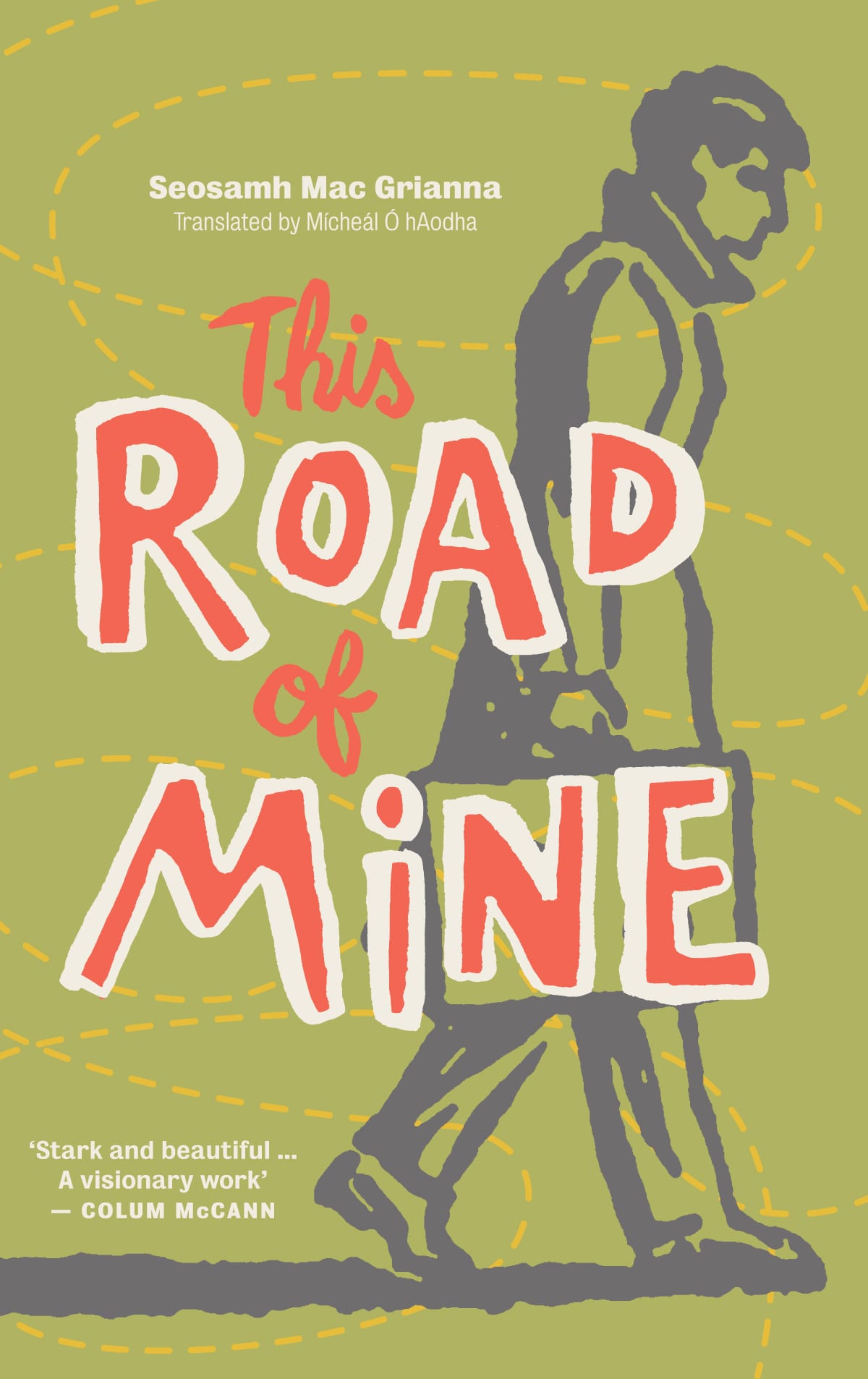 For those lacking knowledge of the Irish language, start with the title of this autobiographical yarn. Mo Bhealach Féin conveys the swagger of Frank Sinatra, or even more apt, Sid Vicious, warbling “My Way.” The distinction lies, as a singer might stress a syllable, on that final word. This emphasizes This Road of Mine’s intensified nod to “myself.” This boastful quality permeates the first English translation of this 1965 book, under the skillful rendering of Míchéal Ó hAodha.

Opening up this story to a wider audience enables most readers to finally gain a glimpse into this work from the mid-1930s. Stack up George Orwell’s concurrent adventures in Down and Out in London and Paris, J.P. Donleavy’s boastful protagonist in the postwar novel The Ginger Man and Dublin’s literate pub bohemians from Anthony Cronin’s Dead as Doornails and John Ryan’s Remembering How We Stood. Orwell and these Irish counterparts shared Mac Grianna’s bitterness at censorship and conformity, under the restrictions of the Irish Free State.

Mac Grianna blends vignettes from his life into a blur of reports from on the road, after his hack career as a translator for the Irish government falters and he’s fed up enough to take the ferry and train over to London, to catch a Turner exhibit at the Tate. Whatever he eked out in dull freelancing did not take him far. Yet, he resolves on a whim to head off not to Algiers but to Wales, a far less salubrious clime. He sustains traditions of his family, and his two brothers who were also talented tellers of both the heritage of their Donegal culture and the predicaments of those idealists who, usually forced to emigrate to a big city, and then often to another country, confronted the first half of the last century with its onslaughts on humanity, decency, and dignity.

No wonder that Mac Grianna’s rocky road to Dublin left him afoot. Expelled from school, then nonetheless a teacher, he fought in the Irish Civil War on the losing republican side. Pól Ó Muiri’s introduction surveys Mac Grianna’s era well, setting his place among those who chose to labor in a language officially recognized but practically elided in semi-independent Ireland. After imprisonment, he had little hope of a steady job. Mac Grianna passes over the worst of this dark time: his wife committed suicide, their son drowned. What remains echoes as haunting enough.

Parts of This Road of Mine defy even creative non-fiction. He’s a communist who can’t stand cant. He poses as Eli Ben Alim, a fortune-teller who conducts his craft by the post. He gets in as a conniving recruit with the Salvation Army to score some safe shelter and three hots a day. He wanders into the Marcus Garvey “Back to Africa” movement, a precursor of Black Power and in of all places the port of Cardiff, aspires as one of their most dogged proselytizers. And he excels at skipping out after landlords extort him; he presents himself as always honest, yet scheming.

His brusque, no-nonsense manner permeates Míchéal Ó hAodha’s version. Although he opts, for contemporary equivalents, to use some anachronistic casual slang, he attempts to convey the rhythms of the author’s Ulster Irish. A mercurial subject, Mac Grianna dramatizes himself as a mercurial tramp rather than the aspiring modernist he might have become if he’d stayed put. This tone rings truest in briefer passages. After a while, his morose self-aggrandizing, even by the standards of the imaginative predecessors of Irish adventurers, can sound rattling and tinny.

He roams over Wales in a circle in a rainy April. He trudges 300 miles, in daunting weather, with tattered boots, flimsy gear and a determination to push himself beyond limits. And what happens as a result? He’s soon back in Dublin. In a scene that resonates with those aware of the fate of two of his restive and rebellious fellow Irish-language writers who hit the hard roads and took the trail to London in harsher decades, he realizes at the end of his picaresque sallying forth that’s he staying in a place where both Liam O’Flatherty and Pádraig Ó Conaire had resided. Fittingly, This Road of Mine now rests alongside fine titles from his fellow scribes and dissenters. Perhaps more untranslated (tall) tales from the Irish will follow this edition, at last.

While not quite at its peak from this phase, this version of the Fall more than holds its …