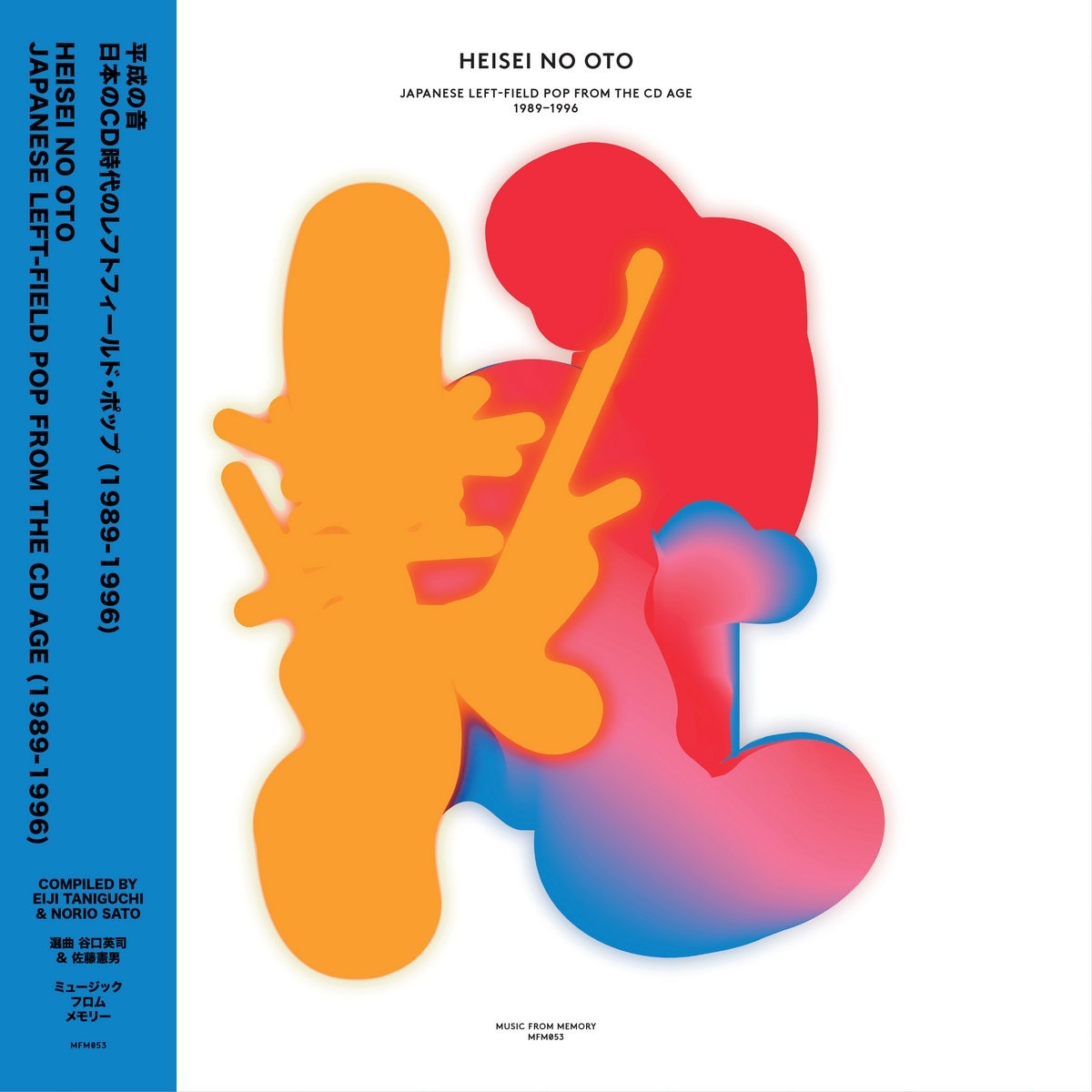 From psychedelic folk to ’80s ambient to R&B-fueled city pop, the reissue mill at Light in the Attic and likeminded labels have been busy revisiting and distributing the various facets of Japanese pop that have for the most part been hard to get in the Americas. With Heisei No Oto, Music From Memory moves forward into the digital era, with, as the subtitle says, Japanese Left-field Pop From The CD Age (1989-1996). A thrifty critic would love to tell you that this latest entry in a growing archival field isn’t going to lead the ravenous listener down a potentially expensive rabbit hole. Fortunately, that’s not the case. Though the modest tone may not come into focus at first listen, this is as rich a collection of ‘90s pop as you’ll find.

Due to different licensing agreements with the artists, the tracklists differ significantly from format to format. The vinyl set, for instance, begins with the lush synth washes of Jun Sato’s “Lorang.” Woodwinds and strings create the textures of a melodic waterfall, while a sparsely deployed 808 percussion accent retains a hint of the ‘80s. On the other hand, the digital download (the tracklist available on streaming services) begins with the Synagetic Voice Orchestra’s gorgeous “A Tale.” The vinyl opener could comfortably stay in the background, but the more elaborate melodies here, from the acoustic guitar loop that sets things in motion to the woodwind solos and percussion that come in and out of the mix, (gently) makes you stand up and pay attention. Fortunately, the CD edition includes both openers, “Lorang” followed by “A Tale,” which subtly paves the way for the inventiveness to come.

And it comes next, no matter the medium, with Fumihiro Murakamai’s wonderful “Miko.” This hypnotic five-and-a-half minute track unassumingly and brilliantly traces Japanese music from traditional roots to the electronic age, with an elderly vocal warbling in a tone that seems to impart advice, all while a downtempo drone plays underneath. No matter how many times you hear it, the vocal comes in with some element of surprise, after the gentle fade-in and futuristic space-synth sounds. There’s no translation provided, but the very sound of the chirping syllables is so enchanting, and the background vocal choir so heavenly, that the track’s time-traveling drama plays out as some kind of universal language, the circular structure suggesting some aging astronaut trapped in space sending a patient warning back to Earth.

“Miko” alone may be worth the price of admission, but it’s soon followed (on LP and CD but not on digital download) by a track written by the versatile MVP of nearly every era of Japanese pop: Haruomi Hosono. The artist is so versatile that his career (so far!) has spanned from psych-folk to R&B-fueled pop to pretty much whatever subgenre you can name, and that pan-genre play is one of the hallmarks of the best Japanese pop stars (cf. Cornelius). And Yeelen’s “Love, Peace & Trance” happens to further the traveling motif (and the heavenly air) of “Miko. A celestial harp figure opens the track as a narrator speaks, in English, of a “World beyond the four dimensions.” Yet there’s a push and pull, the heavenly timbre kept grounded by a kind of tribal percussion, perhaps representing the human failure to completely embrace the metaphysical. One may be projecting on the technologically advances and conflicts of the millennium’s end, but that’s what it conveys, with a minimum of melody but with lots of pulsating mystery.

That tension between the future and the past comes to play again in X Cara’s “Night in Aracaju,” with raw percussion again set in counterpoint with electronics—and again, woodwinds reminding one that flutes were very much a part of ‘90s downtempo. This track provides beatless texture, but Dream Dolphin’s “Take No Michi” increases the bpm, and Keisuke Sakurai’s “Harai” is practically house music, albeit downtempo and with flutes.

Whatever format you choose, Heisei No Oto is deceptive; it will merge into the background of what you might imagine is a bustling ‘90s coffee shop, but play it every night, and every track will sound like home—and a new adventure.