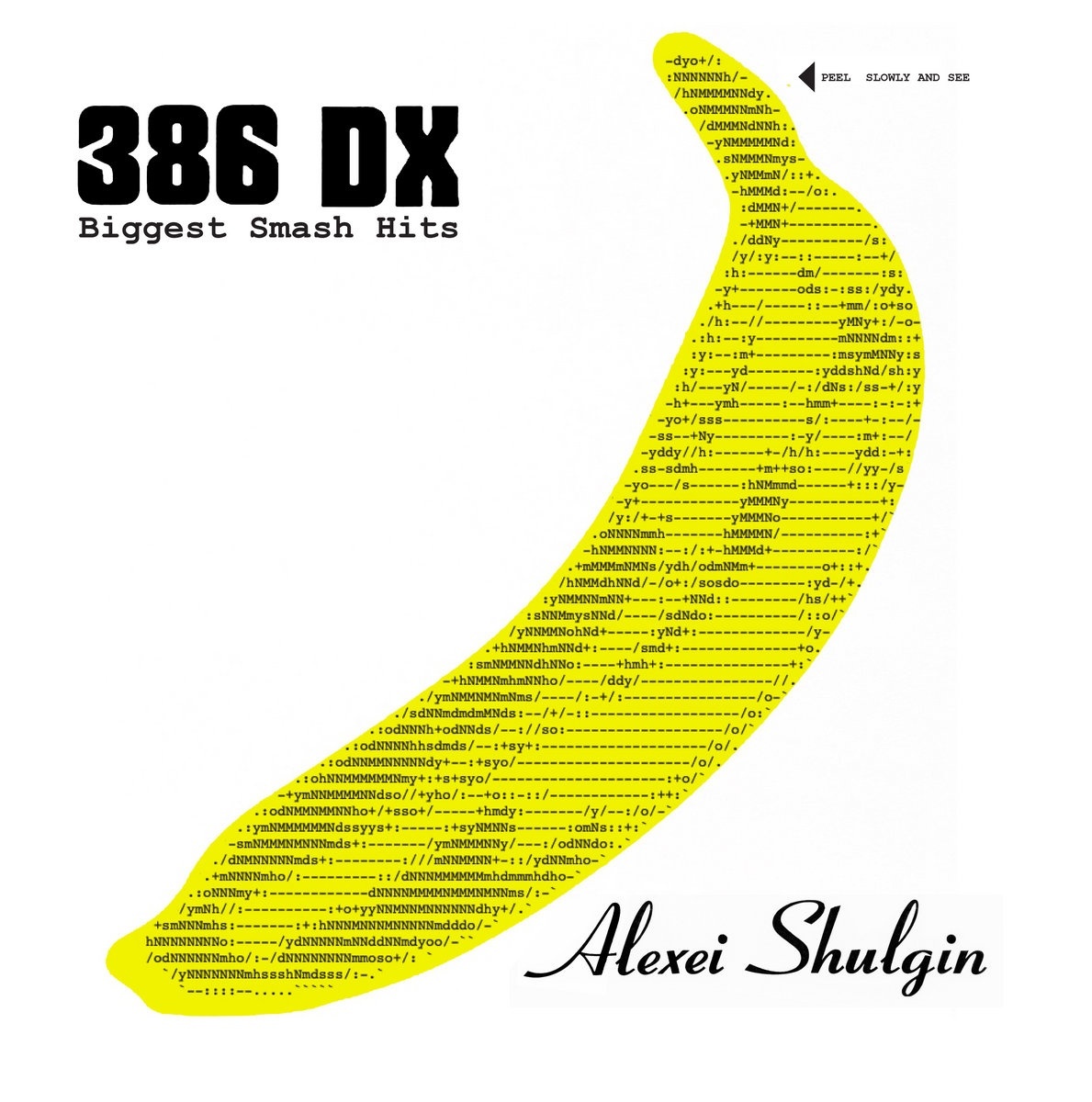 Alexei Shulgin is a man who realises that it has become far too easy to make novelty records, with the result that, let’s face it, on the whole it has become a debased artform. It was not always this way; think back to Weird Al, who, in the ‘80s had to go into a real recording studio to make songs like “Eat It” just like anybody else, or Joe Dolce with “Shaddap You Face,” playing an actual accordion like a schmuck. Or even further, back to the bubblegum pop of the ‘60s and ‘70s, when making un-ambitious, singalong records for kids like Ohio Express’s “Yummy, Yummy, Yummy” utilised the same kind of session musicians who might be playing on one of Phil Spector’s immortal hits the next day. Or further yet, back to the 1940s and “Sparky’s Magic Piano”, which probably took more time and effort than the average pop single. And spare a thought for those unfortunate session musicians enduring the utter misery of having to get into the Christmas spirit to record a song in July, because that was the only way to guarantee it being in the shops for December. In the digital age, when one person and their laptop can produce a single in a couple of days and make it sound as professional as anything else in the charts, the novelty record of the past seems like an unthinkable waste of time and resources; but not to Alexei Shulgin.

386 DX is an old PC running Windows 3.1, and it recreates songs as 8-bit chip music, with the vocals recorded via a text-to-speech program. Biggest Smash Hits contains covers of 12 songs, almost all of which are established-beyond-all-doubt classics (“Light My Fire,” “Purple Haze,” “Smells Like Teen Spirit,” “I Shot the Sheriff”), plus a couple that are almost as well-known, but slightly more left-of-centre (“Rape Me,” Soviet blues-rocker Mike Naumenko’s “Пригородный блюз”). 386 DX is programmed by Shulgin, and, well; it’s funny obviously – although whether it’s 12 tracks worth of funny is another matter entirely. For those old enough to remember, or who just like retro gaming, the album will conjure up days spent playing platform games on an Atari console or old PC and therefore have the charm of nostalgia. For those who don’t, it’s likely to be either charmingly silly or unbelievably annoying. But it’s expertly done; the most surprising thing about Biggest Hits is the relative accuracy with which 386DX performs the songs. The album opens with “Light My Fire” which, in its miniaturised, sparkly/spangly way, captures not just the jazzy essence of The Doors’ original via a note-perfect recreation of the music, but also does its best to capture Jim Morrison’s rock god posturing, despite the inherent and very appealing earnestness of its singing voice.

You would think it would all be more or less the same, but although in a way that’s true – and listening to more than three songs in one sitting seems not to be possible – 386 DX’s meticulous approach does show up flaws in the original songwriting. Whereas songs like the admittedly overlong “Anarchy in the UK” and the cover of Led Zeppelin’s “Black Dog” reproduce in miniature the dynamism inherent in the originals, the other Zeppelin cover, “Rock ‘n’ Roll,” highlights the flabbiness and lack of inspiration of the original record. Even here though, 386 DX’s priceless pronunciation (“Loinley, loinley, loinley, loinley time”) more or less saves the day. Different, but equally appealing is the utterly ludicrous “Enter Sandman” which reproduces that song’s interminable intro, but also the sense of anticipation that comes with it, which pays off with a surprisingly reasonable digital approximation of James Hetfield’s rasp.

Oddly, where Biggest Smash Hits scores most highly is on the songs that one might think were bordering on sacrilegious to cover in this way. The guitar-less “Purple Haze” has something of the quality of the hip-hop experiments that producers like Danny Drive Thru were doing almost a decade ago, while somehow the inhuman-but-childlike delivery and sparseness of the sound means that the desperation and misery of “Rape Me” remains – while being incredibly silly – as sharply bitter as ever. In fact, it’s almost pointless to note the silliness of any given song; it’s all entirely silly – but even so, the obscurely moving version of “I Shot the Sheriff” has infinitely more charm than Eric Clapton’s bloated take on the song, so there’s that.

Clearly, Biggest Smash Hits is some kind of labour of love, but while in its way it’s a very impressive achievement, as with Dread Zeppelin, Richard Cheese or Pat Boone’s In a Metal Mood, it would be disingenuous to pretend that its appeal is anything other than that of a novelty record. But, as novelty records go, it’s a lot of weirdly nostalgic fun – in small doses. Hopefully when the machines take over they’ll start writing their own music.