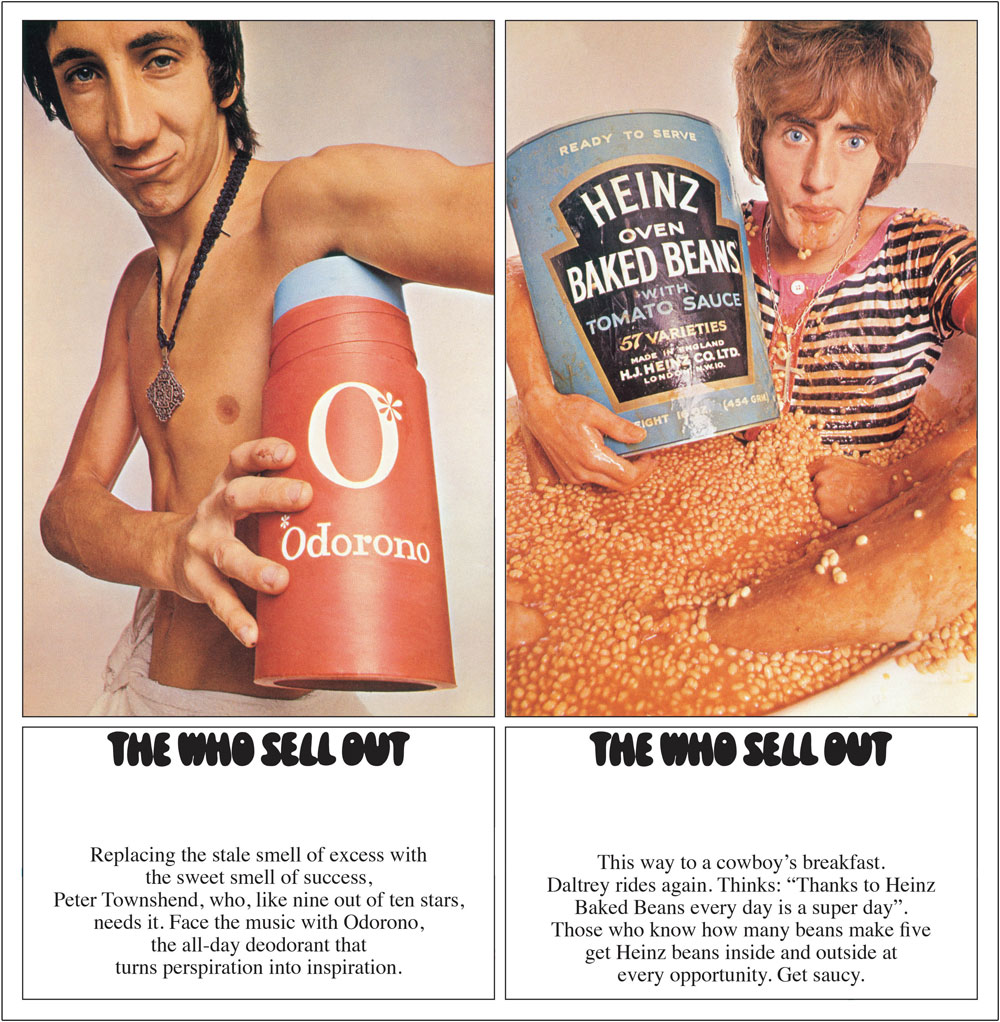 The Who’s later albums, from rock opera Tommy to powerhouse Who’s Next to periodically revived Quadrophenia continue to get more attention, but The Who Sell Out has its own sort of genius that remains exciting over 50 years later. With a new super deluxe box set out, the album gets proper attention (in case the expanded remaster or the two-disc set didn’t provide it). These big sets too often provide oodles of slightly different versions or almost finished demos. In the case of Sell Out, the set gives a deep look at a band in transition from its peak pop era into something else, full of ideas and energy as it pins down a remarkable – even if often overlooked – run of music.

Sell Out owes some of its staying power and some of its neglect to its Britishness. The concept of the album, from its commercial jingles to its cover art, pays tribute to pirate radio stations of the 1960s, an experience much less relevant to American audiences. Fortunately, the Who don’t just give an homage to Radio London. Instead, they create their own sort of world, full of jingles, yes, but also smart lyrics, unforgettable memories, and more humor than they’d ever again pack into an album. Musically, the album’s nearly flawless, from the subtle “Sunrise” to the pure power pop and psychedelia that dominates the disc to the aggressive rock of “I Can See for Miles.” “Odorono,” despite (or because of) its cheeky storyline shows an unmatched artistry – triumphant builds and tragicomic deflation in an unforgettable package.

The original album shows up here in both a forceful mono version and a detailed stereo version. Both sounds acquit themselves well and warrant a spot in any fan’s rotation. Picking the better one (mono for me, by a nose) comes down to personal preference. The first two discs of this five-disc set also include an assortment of singles and rarities. Much of this will feel reasonably familiar to serious Who fans, but the set as a whole benefits from its inclusion of 47 previously unreleased tracks. As Who albums have been steadily reissued over the past 25 years, fans have grown accustomed to this sort of thing, but the new Sell Out set does an excellent job of curating not just the music, but the era itself.

Disc three provides the requisite studio tracks, complete with false starts and studio chatter. It’s the disc that will garner the fewest replays, but will be of interest to the hardcore Wholigans. Multiple rehearsals of “Relax” might offer some insight to the creative process, but they quickly turn into scholarly or archivist material. An extended version of “Call Me Lightning” offers some surprises in the way that yet more “Magic Bus” doesn’t (not that it makes sense to refuse a version of that one).

With the fourth disc, the box set finds its purpose. Titled “The Road to Tommy,” this section collects the studio recordings and singles from 1968, essentially the material the band worked on between the 1967 release of Sell Out and 1969’s Tommy. The songs themselves aren’t new, except for oddity “Facts of Life (aka Birds and Bees),” but their collection serves as valuable narrative work. The Who were never a prolific band, a source of frustration increased by how good their unreleased and non-album tracks have always been (see, for just two examples, Odds & Sods or the leftover Lifehouse material). With this disc, the curators give us the chance to hear the band move from the power pop of Sell Out into the next phase of their career. “Glow Girl” most obviously foreshadows the rock opera to come (needing primarily just a gender switch in the lyrics), but the whole disc shows a creative band pushing themselves. The version of “Magic Bus” here sounds leaps ahead of the outtake from disc three. The Who could have had a fascinating album in between their two proper releases of the late ’60s, aside from the sloppy compilation Magic Bus: The Who on Tour.

Disc five takes us to Pete Townshend’s own demos for this music, including new “Kids! Do You Want Kids.” Given the Scoop series and all the Who repackaging, Townshend’s demos have become their own cottage industry, yet they rarely fail to fascinate. Rather than simply providing sketches, Townshend gives his songs full workouts; the rendition of “Relax” here tops the band’s outtakes. Townshend uses his own studio set-up to develop his writing, so we get to hear “Glow Girl” go from a rough demo to a compelling piece of its own (“Version 2”). Even an early version of “Sunrise” called “Thinking of You” that misses the mark rewards listeners with a key element of the song’s history.

The set closes appropriately with Townshend’s demo of “I Can See for Miles,” the true should-have-been-a-bigger-hit of the Who’s career. Townshend’s experimentation comes through, from the vocal parts to the bouncier bass line to the rage that he gets at. Once the song hit the Who “war machine,” it would turn further toward heavy rock, aided somehow by John Entwistle’s repetitive but powerful bass line. From Townshend’s demos through studio sessions to later recordings, the Who had an amazing stretch of creativity and growth. The Who Sell Out presented the peak of one part of that vision, and this new set both details that moment and announces the era that was about to come.