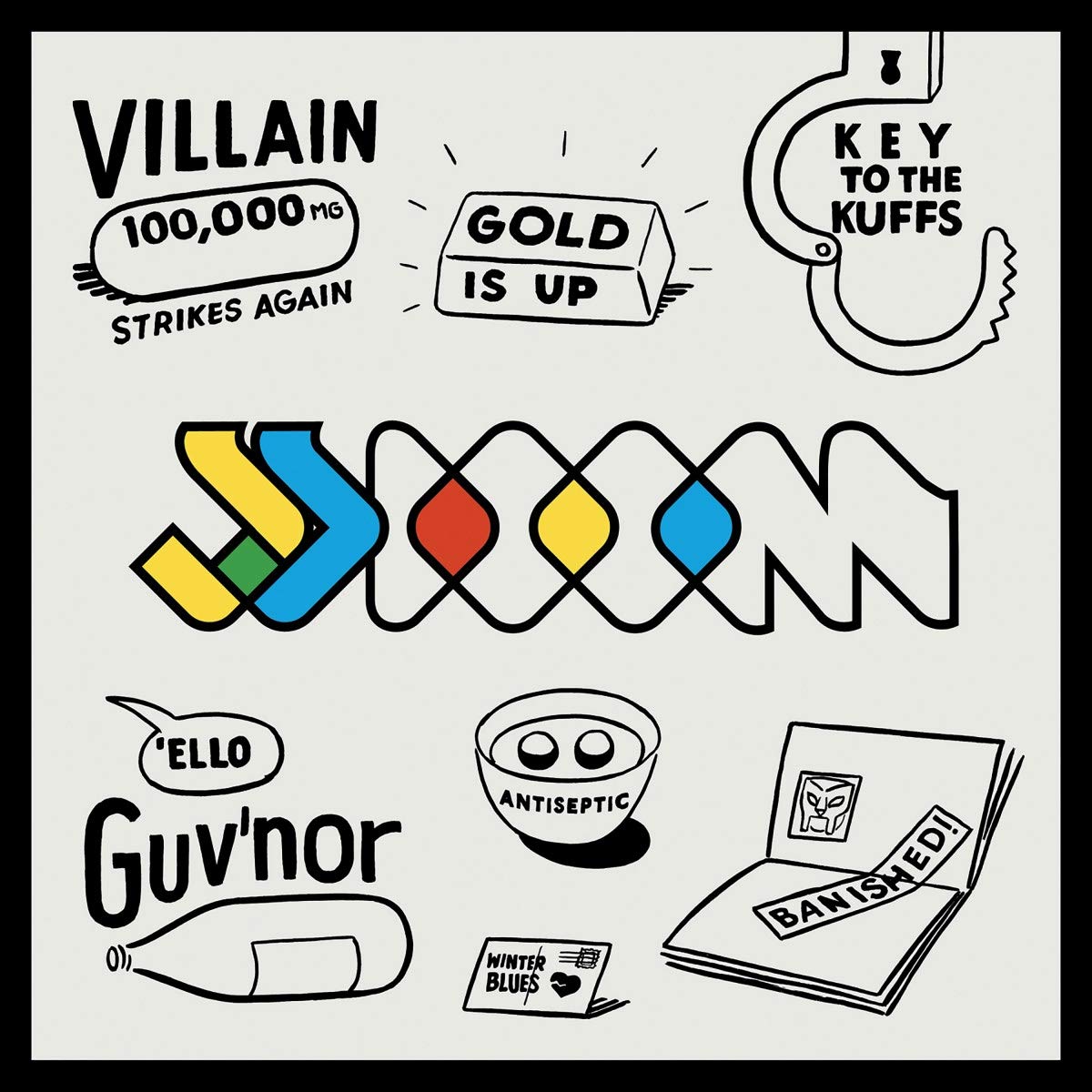 If DOOM doesn’t sound particularly vitalized on Key to the Kuffs, his most substantial work of the 2010s, who can blame him? Cut off from his livelihood in the States after being denied re-entry into the U.S.—under Obama and Vice President Biden, who had the gall to include DOOM on his own inauguration playlist ten years later—the villain was forced to move to London, a city he hadn’t lived in since he was a kid. The result is a little like the rap version of Lee Hazlewood’s Cowboy in Sweden: a psychedelic weirdo from the States stuck in a European country full of ethereal, swinging women who want to have their way with him. The picture of England this album paints is one that hasn’t existed since movies like Blow-Up, as parodied in Austin Powers. It sounds like a foreigner’s conception of England because it basically is.

Being cut off from his home base in New York seems to have deflated his ego. There’s no mystique here, and though the rapper is still active, the supervillain has retired. This is the sound of a very interesting middle-aged man, comfortable but still possessing a fire, living the kind of fantasy criminals imagine when they kid themselves they’ll get out of the game. Throughout his early-2000s zenith, it was obvious both from the outlandishness of his claims and the way he always talked about himself in the third person that DOOM was creating an elaborate character. That’s why “Winter Blues,” an expression of genuine intimacy with a woman, is so shocking. He sounds like he’s talking about… himself.

Most of DOOM’s best verses are about how great he is, and they prove the very point in their execution. There’s plenty of that on Key to the Kuffs, which opens with the most batshit opening boast in a catalog infamous for them (listen how he seems to shove aside the nerdish sample that interrupts him to explain how “Eyjafjallajökull” is actually pronounced). Here, he’s willing to get a little weirder with both the vocabulary and the subject matter, for better or for worse. “Wash Your Hands” is a funny ode to how the body parts we fetishize are usually the smelliest and most disgusting ones. But “GMO” pulls out words like “Morgellons” and “aspartame” in the service of the kind of pseudo-scientific brain-rap nonsense Kool Keith performed much more nimbly on Dr. Octagonecologyst.

Without the monolithic focus on his own badassery, DOOM sounds less like a villain and more like a regular dude. That’s not a flaw in itself. More concerning is his tone of voice. He sounds burdened by the mere act of rapping, truncating the number of syllables per verse, spluttering most of his consonants, slurring his words enough that for the first time in the DOOM catalog it’s actually hard to understand what he’s saying at times. DOOM recorded his verses remotely from London while beatmaker Jneiro Jarel worked in New Orleans, and the cuts between two takes are obvious. He still has flow, but the tumble of words is gone, and the rhymes are less gob-stopping. He’s running at maybe 80% in all departments.

This is easier to ignore now than it was in 2012, and Key to the Kuffs has become nearly as beloved as his crowning 2000s albums, though that line about the volcano certainly carries a lot of its reputation. But even more than the silent years between Mouse and the Mask and Born Like This, the four years between that latter album and Key to the Kuffs mark a definitive rupture between his peak era and his final decade as a sort of rap-god emeritus, content to produce and occasionally collect a check for a guest verse.

It’s hard to say for certain that his immigration issues definitively put a wrinkle in his enthusiasm and made him more willing to rattle off potboiler verses versus tackling every project with the gusto he brought to Mouse and the Mask. But plenty of artists never really recover their mojo once the realities of the music industry, the law, and/or capitalism interfere with their ability to create. Think Lil Wayne after jail, or Tink after getting out of her creepy Mosley Music contract. There’s plenty on Key to the Kuffs to suggest DOOM’s glory days were over. But there wasn’t anything to suggest he couldn’t make another masterpiece under the right conditions.

There’s no beauty to undercut the dissonance, no sense of awe to make you want to wander f…