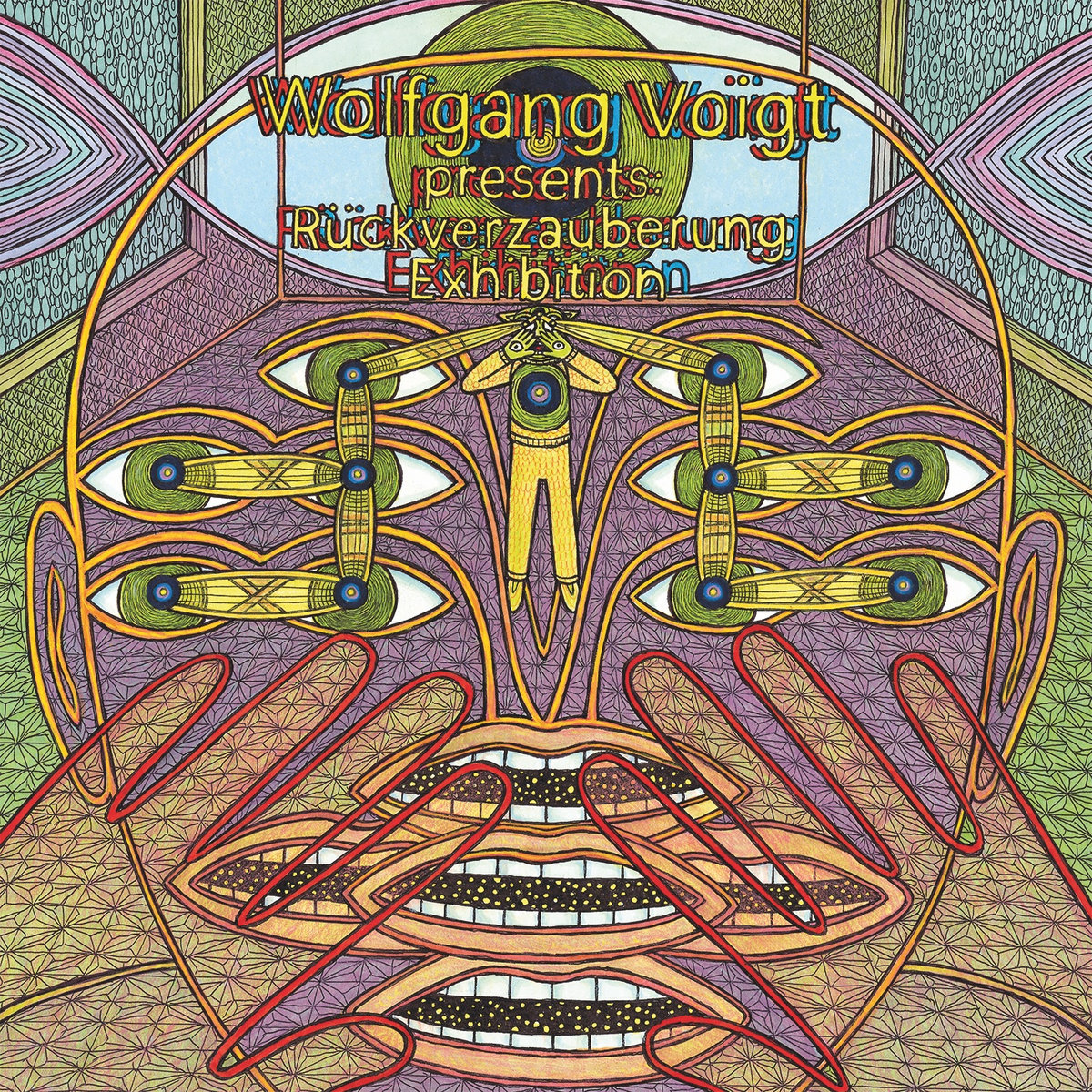 You can no more judge an LP than a book by its cover. But look at the artwork that adorns Wolfgang Voigt’s epochal albums as Gas next to the hideous vomit-clock art that adorns Rückverzauberung Exhibition and most other releases by the London label Astral Industries. Just as the Gas albums are just about the best approximations of the highs and lows of the psychedelic experience since Brian Wilson’s Surf’s Up suite, so do the covers look pretty much exactly like what it looks like to be in the woods while tripping. If someone asks me what shrooms are like, I just show them the cover of Rausch. Meanwhile, the sleeve of Exhibition is “psychedelic,” the kind of art people respond to once they’ve tripped so much it’s just like coffee to them—or haven’t tripped at all. It’s almost too perfect, given that Rückverzauberung Exhibition is a great illustration of psychedelic versus “psychedelic,” scary versus “scary,” dramatic versus “dramatic.”

This is one of many albums Voigt has made with string samples. We even recognize one chilling blast of high, shrieking strings from Rausch; he’s always loved to carry over sounds between projects. Thrumming beneath everything is the floor of bass that’s undergirded most of Voigt’s recent work, and here it sounds like a vast, empty void, over which bits of strings float wispily like noctilucent clouds. Superficially, this is some of the most frightening music the German’s ever made. But a few crucial decisions keep Exhibition from stirring the primal parts of the mind that respond to real horror, rather than coming across as a soundtrack in search of a horror movie.

The first is that Exhibition has no sense of a journey. Each of its four untitled tracks is 15 minutes long, which on an album like this implies that the tracks could go on forever if they wanted do, but because we know our stay is limited by the 15-minute rule, there’s no sense that we could get lost, no sense of immersion, no sense that any real danger lurks within these dark woods. Another issue is that it has no sense of momentum. Without any percussion, these pieces just hang in midair like clouds of smoke, and they don’t really seem to move very far past the starting point. Finally, there’s no beauty to undercut the dissonance, no sense of awe to make you want to wander further into these soundscapes rather than just staring at them from the outside.

I’ve tried listening to this album a few different ways. I tried alone in bed with the lights out, and it just hung there, worrying my brain with dissonance without opening up a crack in the fabric of reality one could fall into. On a walk in the woods, the ideal scenario to enjoy much of Voigt’s work, this music faded weakly into the distance. The name is a little misleading; this is a stand-alone album. But it’s hard to shake the feeling that this stuff would sound best as part of an exhibition. It doesn’t do much to stir the imagination on its own.