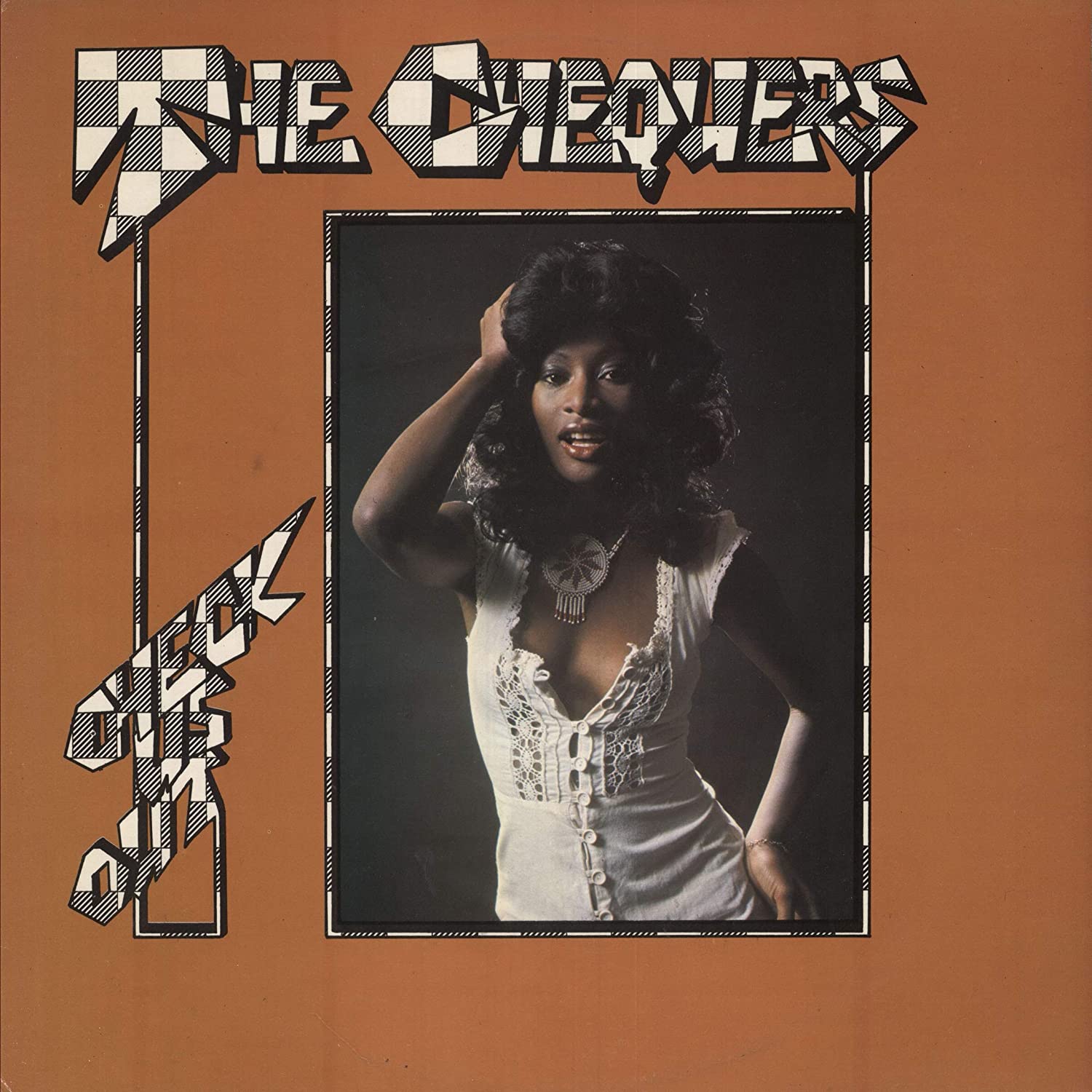 Being half-a-century away at this point, the ‘70s appear distant enough for people to revisit and reimagine. Last year’s best pop albums looked to Studio 54 for inspiration, Bruno and Anderson are wearing burgundy suits and St. Vincent is defensive about it.

Arriving right in the middle of the ‘70s came the Chequers, out of the UK. As a band actually of that era, they debuted amid disco, funk and reggae before the arrivals of new wave and synthpop. They expanded the band for their debut, adding congas and woodwind players to flesh out their sound. The result is vibrant, uplifting (if deviously so) disco and soul inspired by the Philly sound. Think the joy of the O’Jays’ “Love Train” with the commanding, warm tenor of Bill Withers, courtesy of lead singer Jackie Robins, and you have the Chequers’ one and only album, Check Us Out.

Such a title presents more than just a marketable pun – it offers their heartbreaks as well as their successes as entertainment, tribute, what have you. It starts on unsteady foundations, though the sunny synthesizers and shimmering harmonies might mislead your emotions. But rather than shake the listener’s trust, “Undecided Love” demonstrates a level of daring as the band sets out on a romantic adventure which may not pan out.

Said adventures arrive in various forms, some of which are voiced while others are told by the instruments. The preceding track, “Check It Out,” pits a flute against electric guitar, each a lively surprise that springs from an unassuming roll of bass and conga. Other tracks play a similar game, letting a static movement build for a minute before introducing a goofy guitar riff (“Theme One”) or an unexpected tonal shift (“Rock On Brother”) that’ll break you out of your hustle.

For the unsuspecting, the biggest surprise may be with their cover of “Get Up, Stand Up.” Letting the rhythm section occupy the air, it starts sparsely like a no wave number until the lightest of disco strings enter the fray. This cover, particularly the strange reverb on the chorus, and the galactic synth line running through “Theme One” both reveal the album’s knack for oddities, both melodically and thematically.

For example, you might initially mistake track three, “Riding High,” for the aforementioned cover. It begins with an eerily similar bassline, one that fits the song’s cautioning against shallow, purposeless living. Dueling vocalists, tenor and bass, swear by “the simple things” as the panacea, a solution that gives satisfaction and enlightenment but not quite euphoria. It’s as if they’ve elevated themselves to a lonely plain, or are trying to convince themselves of being on the right path. It’d be different if they called it “Flyin’ High,” but the Chequers make do with what they’ve got. Like the intro track, highlight “Hey Miss Payne” finds the easy pleasures in difficult situations, finding exaltation in the trials and tribulations of love. As they say on the album’s other peak, “You Bring Out the Best in Me,” these are the types of situations that bring out their best qualities.

Because modern culture gazes so fondly back on this era, Check Us Out is like a stake in the ground from which you can trace the sounds of today. As the band’s only LP, it also serves as a capsule of their work, which from then on mostly included singles like the exquisite “Hard Times.” Harkening back to the title, Check Us Out captures an act in their moment, brief, complex and rewarding as many of life’s treats are.

A cohesive, bold work that dares to draw not only from her heritage but her own personal m…