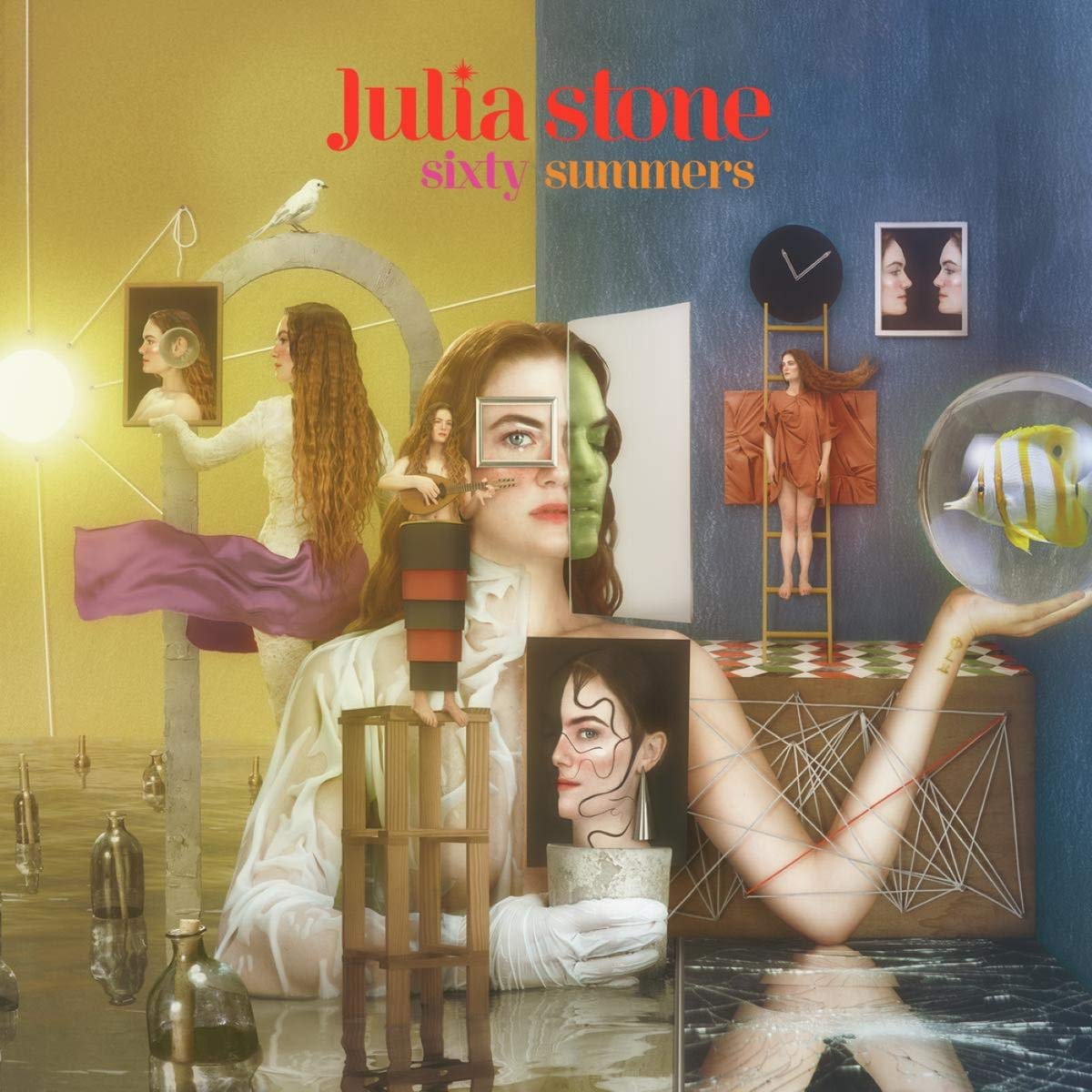 It’s been nine years since Julia Stone’s last solo record and four since she collaborated with brother Angus. In that time the Australian singer-songwriter has undergone a musical reinvention that’s seen her vanquish the folk and indie-rock that marked her previous albums and replace it with summery electronic pop.

The transition has been accompanied by a move into the collaborative big league. The video for lead single “Dance” features Susan Sarandon and Danny Glover, and the album features guest appearances from Warpaint’s Stella Mozgawa and The National’s Bryce Dessner. It was also co-produced by Annie Clark (aka St. Vincent) alongside long-term musical partner Thomas Bartlett (aka Doveman). The pair have been instrumental in shaping the sound of Sixty Summers but the location also feels significant. Recorded in New York between 2015 and 2019, its twelve tracks have been forged by the city’s energy and industry. Acoustic guitars and pastoral melodies have given way to beats that are intended for sweaty nightclubs, with the lyrics informed by streetlights and cars.

The exception to this is “We All Have,” the first song Stone wrote for the album and the one that most closely resembles her earlier work. A piano based duet with The National’s Matt Berninger, she notes that it didn’t change much from its early incarnation. In contrast, others “went on incredible production journeys. [They] started as one thing and ended up with something completely different.” The earlier versions aren’t much in evidence on these tracks, with only the folky backdrop to “Dance” hinting at how it originated before being turned into a sensual electronic track. Its experimental nature, combining spoken word verses with a smooth pop chorus, is where her change of direction sounds most uncontrived.

A similar quality of unmanufactured creativity can be heard on “Break” and “Unreal.” The former has the awkward funk of David Byrne, the metallic synths and bells capturing the euphoria of initial attraction as she gushes, “Darling, darling, I feel like I might break/ Darling, darling, you take my breath away.” The latter uses R&B production techniques in the way a vocal line is cut up and balanced against a robotically manipulated delivery that drives home the notion that “you make me feel so unreal.”

This lightness of touch gets lost too often on the remaining tracks. “Who” and “Substance” are eminently serviceable 80s electro-pop songs that are pitched in the same sassy ballpark as Dua Lipa as she berates her lover, “Keep giving you loving/ It’s never enough.” “Fire in Me,” meanwhile, has the electro-glam stomp of Black Cherry-era Goldfrapp but none of its playfulness.

Her child-like and delicate voice – which is like a less witchy CocoRosie – is strong enough to carry quiet folk tracks but when set against electronic beats it frequently lacks the necessary weight to be heard. As her most distinctive asset, this is a major shortcoming. Without it being center stage the material is likeable, but for the most part, there’s not much to differentiate it from the myriad of other artists working in a similar arena.