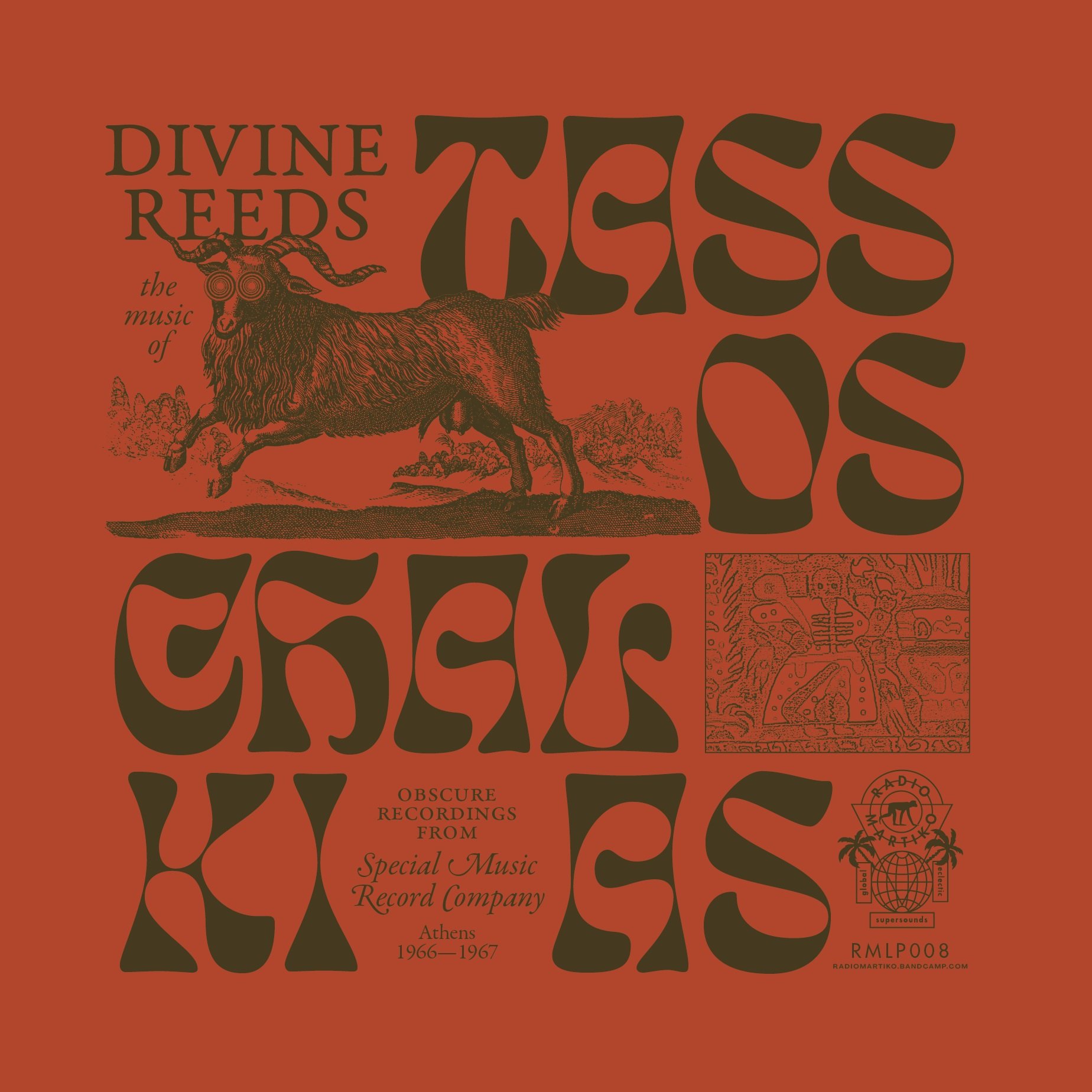 Greek singer Lakis Chalkias writes that “The clarinet is a sacred object that shouldn’t be touched by a shameful hand, but only by the hand of a musician who brings it to life with experience.” He ought to know; he’s the son of Tassos Chalkias, a clarinet player well-known in the Greek community but fairly obscure outside such circles. In presentation and selection Divine Reeds, released by Radio Martiko, finds poetry in this unfamiliar folk music, but only when the material transcends traditions does it really break out.

Tassos Chalkias played a form of epirótika, a folk music with truly ancient roots that some believe date to before Homer. Yet while press materials suggest Chalkias’ mid-‘60s recordings represent some kind of psych-folk, the results are more often traditional than not. The opening instrumental “Palia Itia (Old Willow Tree)” sounds much like what one might hear at a taverna, which is exactly the kind of venue where he first made his mark in 1930s Athens. In front of a downtempo, almost dirge-like gait, Chalkias’ clarinet timbre is indeed soulful, and the funereal tempo and folk arrangement immerse the listener in an old-fashioned world, but there are moments when the clarinet approaches the bottom of its lower register that suggest something that, if it’s not a break in tradition, reveals the depth of that tradition.

The vocal track “Echasa Ton Anthropo Mou (I Lost My Loved One)” continues in this largely traditional vein, the mournful melody clearly conveying that translated title. Chalkias mostly stays within a set rhythm, but a solo near the track’s end starts to let go of the surrounding structure for something freer, as if sadness has begun to make him lose control.

Chalkias was the youngest of seven children in a musical family, and he dreamed of playing music with his brothers. Yet before that happened, he experienced more than his share of sorrow. His colorful biography is full of trouble going back generations, when his grandfather, a mandolin player, got into some kind of romantic conflict that was so scandalous that his family was forced to change their name from Kampsos to Chalkias. Tassos Chalkias married his sweetheart shortly after his sister died, and when tragedy befell him, he felt it was a punishment: his first wife and two children were killed while he was away fighting in the Greco-Italian War.

The clarinetist went on to successful gigs in Cairo and New York, but it was when he returned to Athens that he and his brothers established the Special Music Record Company, the label that first released these recordings. The Chalkias brothers were eager to break out of a pattern of “hustling for other labels” and intended to preserve their family traditions, and that tradition is largely what’s heard on these tracks. But one particular selection stands out with a mysterious sound that goes beyond time and place. The instrumental “Dirminitsa (The Bride’s Dance)” is, despite its title, a mournful melody at that familiar funeral pace. But Chalkias’ solos really plumb his soul here, with painful, soaring lines that at times sound like a wailing electric guitar.

As part of a handsome package that includes vintage photos and an extensive biography, Divine Reeds tells a vivid story of a culture that has endured centuries of tragedy and political instability. This story doesn’t always come through in the more traditional music. Yet when it does, as in the aching instrumental “Miroloi Tis Xenitias (Lament for the Missing Ones),” the album is a powerful testament.